The UK asylum system should offer safety and dignity to people while they wait for a fair hearing on their asylum claim.

But the system is currently an abject failure.

These seven images display the dangerous lack of compassion at its heart. 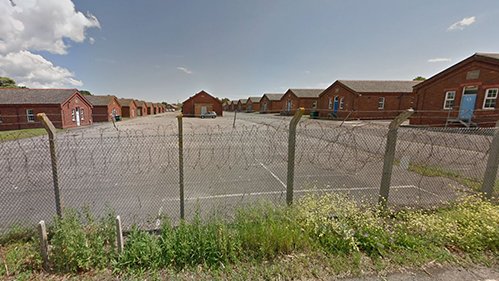 The use of squalid, dilapidated military barracks – some abandoned for more than 15 years – to house hundreds of people seeking asylum is one of the starkest signs of the system’s failure.

During the winter 2021 wave of the coronavirus pandemic, while the public were told not to mix indoors, refugees were crammed 28-to-a-dorm at Napier barracks in Kent. People resorted to sleeping outside in freezing temperatures to avoid the coronavirus risk. Nearly 200 residents of the camp tested positive for the virus in January 2021.

An official inspection of the isolation block, where the most vulnerable people were sent, found it to be unfit for human habitation.

BLACK LIVES MATTER – THE WRITING ON THE WALL 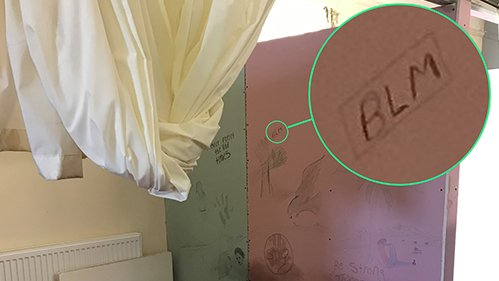 One of the people being held at Napier Barracks in Kent wrote the letters BLM – Black Lives Matter – on a wall. You can understand why they felt it was an important message.

The Government left a group of people seeking asylum, almost all of whom are people of colour, in conditions that ruined their mental health, exposed them to the deadly risk of Covid-19 and was declared unlawfully dangerous by the High Court.

People seeking asylum were treated as though their lives didn’t matter.

THIS CEILING COLLAPSED ONTO A TODDLER 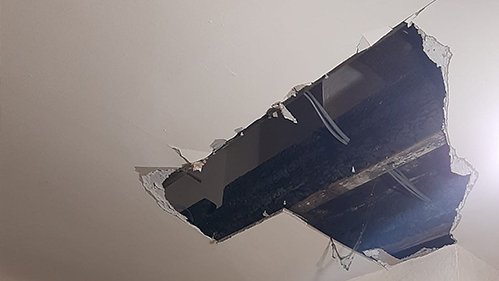 The majority of people seeking asylum are not housed in barracks, but many of the death-trap houses and flats where the Government expects them to live are just as dangerous.

One mother we supported saw her two-year-old daughter rushed to hospital for 20 stitches when this ceiling in their asylum accommodation collapsed on her head.

THE REALITY OF HOTELS 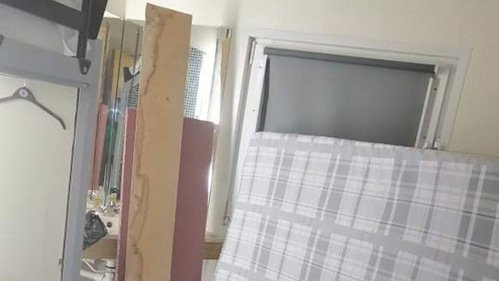 Hotels have often been used to accommodate people seeking asylum before finding them a longer term place to stay, but this practice grew rapidly in March 2020 due to the urgency created by the first pandemic lockdown.

Hundreds of people seeking asylum have experienced awful conditions – mould, dirt and inedible food – in these hotels. One person we spoke to was racially abused by staff, had no heating or hot water and was told that complaining would ruin his asylum claim.

He didn’t feel that he could make a formal complaint in case there was any truth to that threat. He believes he will be killed if he is returned home.

The reality is of isolation, confusion, a lack of support and – too often – abuse. On top of this, the far right spreads the poisonous lie that hotels are a luxury experience for people seeking safety in the UK.

THE FAR RIGHT: HARASSMENT AND INFLUENCE 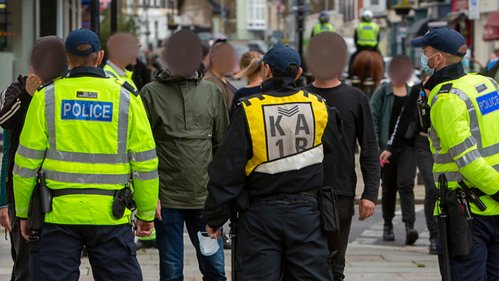 It’s depressing to think that anyone in the UK thinks that people fleeing war and persecution have not suffered enough. But some hold these beliefs, and at times actively harass people seeking asylum – even attacking them outside their accommodation .

The far right lies about hotel conditions, benefits, the numbers of people claiming asylum and many other things. Their lies fall apart when exposed to any scrutiny.

However, they do influence the national conversation about refugees because some government ministers give these talking points more credence than the truth.

We’ve even seen official Home Office documents which proved that making a show of housing asylum seekers in low quality accommodation was part of Government plans.

“THE LOWEST POINT I’VE EVER SEEN.” 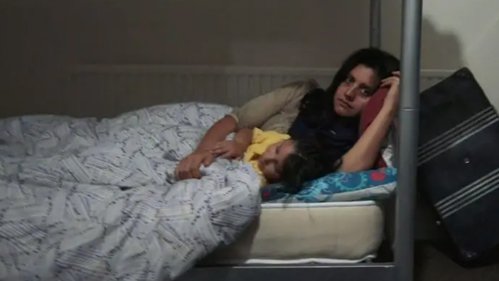 Refugee Action’s Chief Executive Tim Naor Hilton believes the asylum system is at the lowest point he has seen in the 18 years he has worked with people seeking safety.

“The lack of care for, and the dehumanisation of, people who have arrived in the UK to seek protection has reached a level that feels totally unprecedented.

“What happened to our values of welcome, protection and dignity for those fleeing war and persecution? In all the years I have worked with people in the asylum system, I have never felt these values to be as under threat, or as underrepresented in Government, as they are today.” 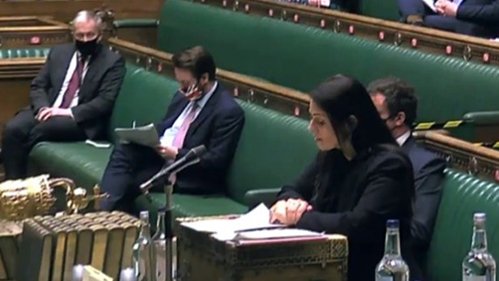 New plans for the asylum system, outlined by Home Secretary Priti Patel, take a wrecking ball to the right to claim asylum.

These nasty plans will make the way that people come to the UK – like crossing the English Channel – a factor in whether or not they’re granted refugee status. But there’s no such thing as the wrong kind of refugee. The mode of transport people use to escape war and persecution says nothing about whether they’re in need of humanitarian protection.

Those are just seven of a huge number of failings.

But what can be done to put things right?

Your support is what upholds the rights of refugees, protecting them from homelessness, destitution and politically-motivated attacks.

Right now, we need your help to oppose the Government’s nasty anti-refugee bill. It’s an all out assault on the right to seek safety in the UK.

Can you share this page to help others see that it’s time to stand up for asylum?