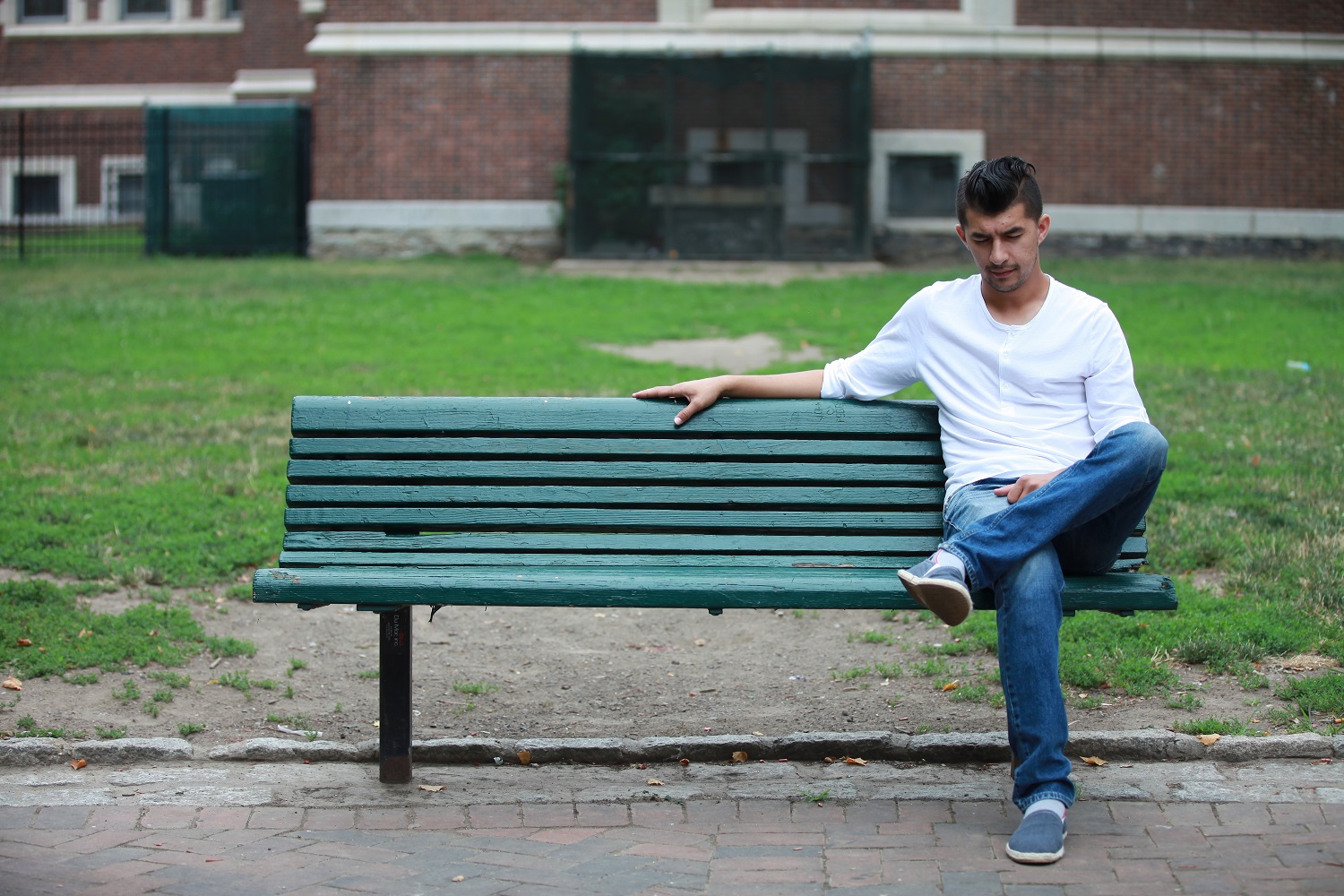 Sitting in a café in Manchester’s busy district of Rusholme, Ahmad reminisces over the life he once shared with his wife in Syria before the war. He smiles as he describes his active social life and thriving businesses. But he says a lot of it is now just a distant memory.

“Syria was a beautiful country. Life was good, it was fun. I owned a house, a car, a barber shop and several other businesses in Aleppo,” says the 26-year-old. “My wife and I were happy. We were always busy, always on the move, but then the war broke out and everything changed. We became displaced and lost everything.”

Ahmad, his wife, his elderly parents and younger brother spent three years moving from one neighbourhood in Syria to another in search of safety. Ahmad also spent a year in jail, where he was repeatedly tortured by the Syrian regime.

“Those last few years in Syria were hell,” continues Ahmad. “At one point, we ended up living in tents because we didn’t want to live on the streets. The schools and hospitals were packed with people looking for a safe place to stay. First we were fleeing the shelling; then we were fleeing ISIS. We were fleeing everyone.”

In 2016, Ahmad arrived in the UK, where he has an older brother. He had hoped to find a chance to rebuild his life in safety and ways to support his family who he left penniless in Turkey.

Shortly after his arrival, Ahmad had his substantive asylum interview, where he explained why he was seeking asylum in the UK.

“During the interview, I told them the truth about everything. I thought my case would be straightforward. I am Syrian, fleeing war, fleeing violence, I left my family behind.”

Yet, over a year and a half later, his fate remains uncertain as he awaits word from the Home Office on his claim.

“My wife and I just want to live in safety and live as a family. That is all that we want. But here I am, stuck. I don’t have status and I haven’t been rejected either. I’ve heard nothing since. I am just living in limbo.”

Ahmad believes the delay in the decision on his claim is due to the quality of the interview he was given. He says he became anxious and tired during the gruelling questioning by the Home Office, which lasted hours and included ”inappropriate and infuriating questions”.

“I know why they have not given me a decision. It’s personal. The person who interviewed me asked me awful questions, they weren’t convinced,” he says. “It really depends on the mood of the person that interviews you. It’s whether or not they believe in you. And there’s no rules or anything. It’s just how they feel about you. It’s a personal thing. That’s my impression.”

The long months of waiting and uncertainty are taking a toll on Ahmad’s health. He feels lost, helpless and frustrated and says he recently began seeing a mental health specialist to deal with these issues. “I am a good person; I have never done anything wrong in my life. Why are they leaving me hanging like this while others are being granted status? I want to work and study and contribute to this country, but instead I am taking pills to deal with the stress.”

The long delay is also taking a toll on Ahmad’s wife in Turkey who is waiting to find out what will become of their future. Yet, he says he can no longer offer her any words of comfort. “I lie to her sometimes because I don’t know what to say anymore. I don’t have any control of my situation.”

Unable to support himself, Ahmad has been living with his brother this past year. He says that while his brother provides him with accommodation and food, he is struggling to make ends meet. He applied for financial support when he “became so desperate to the point where 50p began to make a difference.”

He is eager to make use of his profession as a barber and believes that people in his situation should have the option to work. “I have always been very productive, very successful. I was always my father’s pride and joy. I was never a burden on anyone. If they give me permission to work, I will dive right in.”

Ahmad recently started attending English language lessons at a local college. This has helped him occupy his time and mind while he waits on a decision from the Home Office. He says that he still has some hope for a positive decision, but until that happens, all he can do is wait.

“I feel as though I am in shackles, like I did when I was in prison,” says Ahmad. “I experienced torture and torment there and now I am experiencing it here in a different form.”

“This is an open prison.”