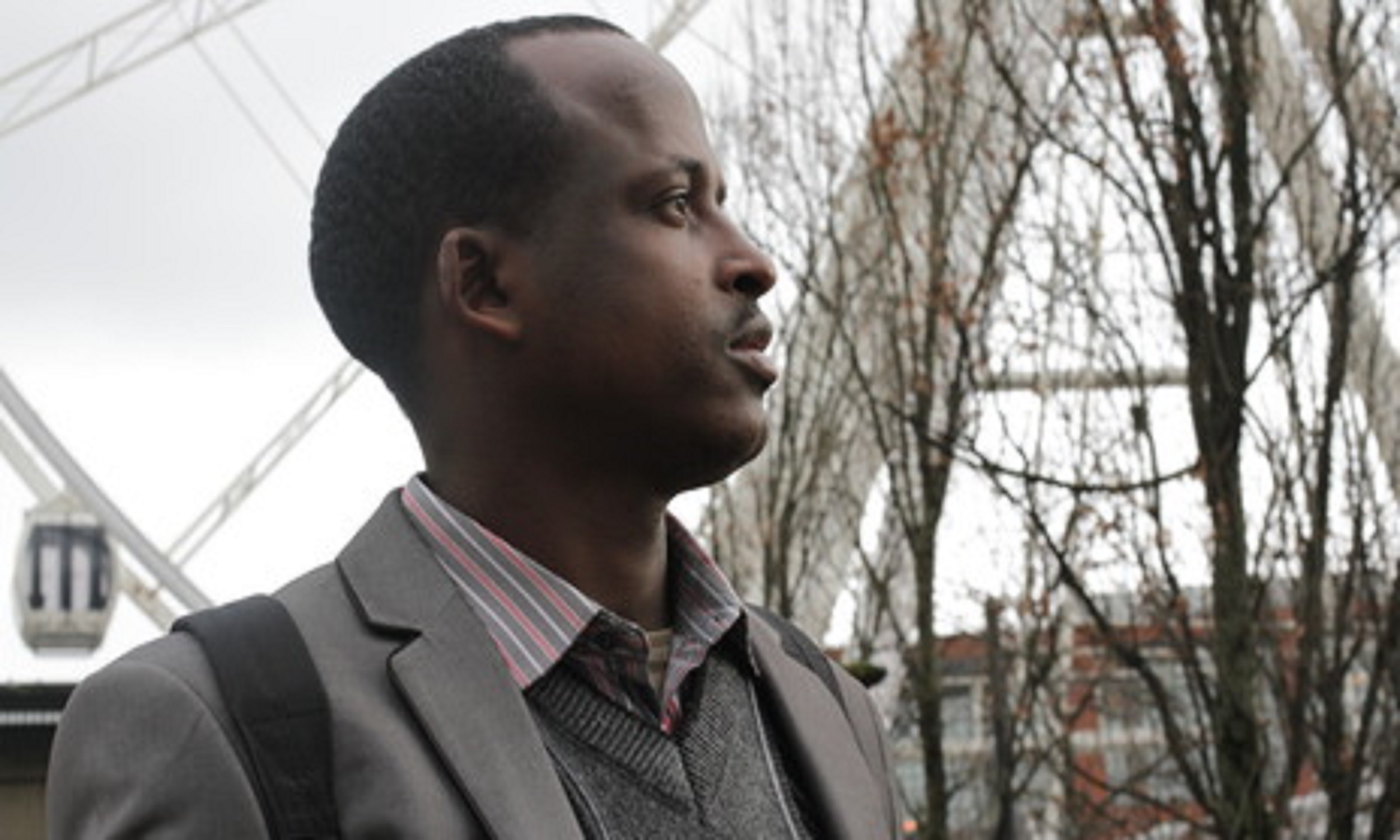 Abdi was born in Somalia. When he was nine, war forced his family to flee to Kenya. “There was no water and no food,” he remembers. “People were dying on the road; old people were being left behind”. Eventually, they reached Dadaab, now the largest refugee camp in the world. Abdi remembers people searching for their relatives, “trying to find out who’s dead and who’s alive”.

Life was safer in Dadaab than Somalia, but it wasn’t easy. “For a long time there were security issues,”Abdi says. Despite this, Abdi went to school, becoming part of the second ever group of students in the camp to finish secondary education. But there were few opportunities. “You need an ID card to leave the boundaries [of the camp]. You’re not eligible to work in Kenya […] people had been there for more than twenty years and still had no rights to work”.

Some, like Abdi’s mother, still hoped to return home. He remembers planting a tree outside her house. “She was telling me, ‘why are you planting this tree? We will not use its shade when we go back home’. One day after I’d grown up, we were sitting under the tree and I said, ‘look, now I’m married and have a child, and we’re using the shade from this tree!’ That made my mother cry because she said, ‘that day I believed I was going home, but now I’m not thinking that way’”.

As Dadaab grew, the UNHCR began resettling some refugees to safe countries. Abdi’s family applied and were accepted by the UK. His parents were resettled first, but found life in the UK challenging. “My dad was saying, take me back to Somalia or Kenya. They had never used cookers, heaters, electricity. They had big problems with communications. They could not go out and buy food. But I said, cool down, you will adapt to this life,” says Abdi.

Six months later, Abdi’s family also arrived in the UK. “My wife was so scared,” he says, “I was thinking, where will you end up, Abdi? Who will show you where to go? I said to my wife, ‘fingers crossed now, anything can happen’. I didn’t know there were Refugee Action staff waiting. They welcomed us and took us to our house. I was worried because I didn’t see a bed; I didn’t realise there were stairs! Then there were duvets – I was asking [the resettlement worker], ‘do I sleep on top of this?’ She laughed, and I said, ‘don’t laugh, I’m asking you a serious question here!’”.

The resettlement workers “were like my role models,” Abdi says. “They were eye-openers. They supported us, told us how to look for a job, how to get medical care – everything. In Africa, you do not book appointments. You go to the doctor and you wait in line. Everything here was appointments. I never knew all that!”

Being resettled himself meant Abdi could help others. “One lady refused to enter her house,” he says. “I spoke to [her] over the phone – she said ‘I can hear you’re speaking in the Somali language but are you really a Somali person?’. I said, ‘calm down, I’m from Dadaab like you, this is how life here starts’. I went to reassure her [and] she began crying, saying she didn’t think she would see someone there like her.”

Now working as an interpreter, Abdi still misses his friends from Dadaab, but speaks to them regularly. Not everyone he meets in the UK can understand his journey (“they’ll say, what’s Kenya? Is it an area or a country?”) but Abdi is sympathetic: “you have to understand this person grew up in the UK, and has travelled very little”. Perhaps his understanding comes from having travelled so far.