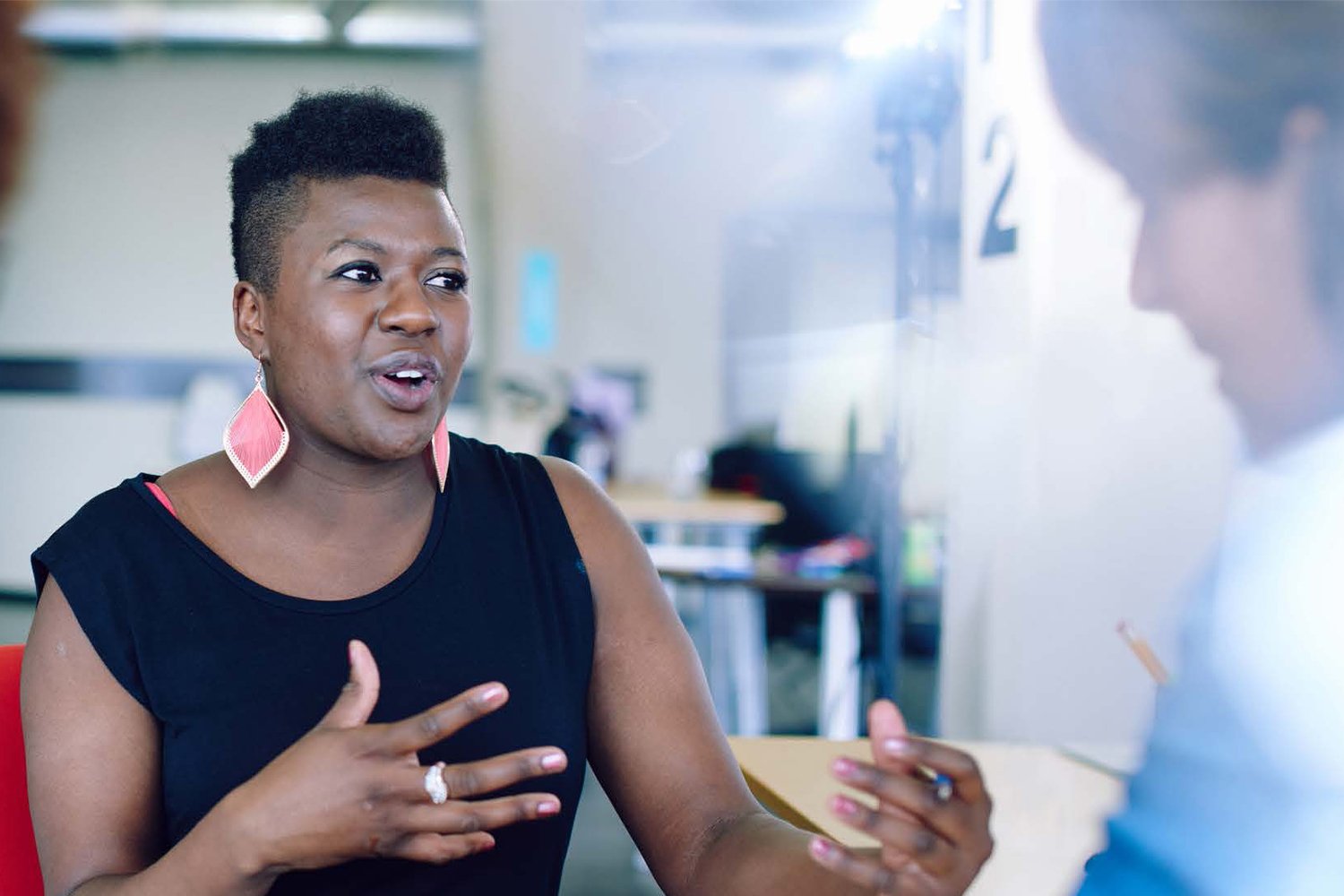 We are excited to announce that Refugee Action has partnered with Alnylam Pharmaceuticals to expand its Pathways to Work programme after the RNAi therapeutics company made a three-year corporate donation worth £100,000 a year. Phil Davey, Vice President and Country Manager, Alnylam UK & Ireland, said: “Members of our UK team were directly involved in the selection of our first-ever corporate partner, and we are proud to be partnering with Refugee Action to help address a significant social need in the UK”.

The partnership will allow Refugee Action to expand its small existing team and group workshop model – which currently supports 80 people a year with their English language and employability skills – to support an extra 450 refugees and people seeking asylum over the next three years. Tim Naor Hilton, Chief Executive of Refugee Action, said: “Alnylam’s financial support is transformational for Refugee Action, allowing us to hire new case-workers to scale the Pathways to Work programme significantly.

Since starting in January 2022, the project has resulted in 100 per cent of people reporting increased confidence, competency, and skills in how to engage with UK employment systems, as evidenced by active job searching, interviews and volunteering, measured against the charity’s outcomes measuring tool.

There are currently more job vacancies than unemployed people in the UK for the first time since records began. The unemployment rate fell to 3.7 per cent between January and March, its lowest for almost 50 years, as job openings rose to a new high of 1.3 million.

Many refugees are forced to leave successful careers behind when they flee their country and have a wealth of skills to share.

Refugees face huge barriers that affect their ability to work, including gaps in employment history, inability to use qualifications from their country of origin, language barriers, lack of knowledge of the UK labour market, lack of digital access, homelessness and poverty, as well as exploitation and structural racism.

Phil Davey adds, “This partnership is fully aligned with our global Alnylam Challengers initiative, which seeks to address systemic health equity issues, advance the work of bold charitable organisations, and empower our employees to contribute to improve the health of under-represented and underserved people throughout the world.”

People seeking asylum are effectively banned from working, leaving them out of work for years while their refugee status claim is processed, draining their confidence, wasting their skills, and making it harder to find employment when their claim is successful.

Tim added that “Creating a digital version of our over-subscribed programme will grow the number of participants who can benefit, removing barriers to participation such as travel costs and child-care concerns, which might unfairly restrict women from participating, and help us tackle digital exclusion by providing the necessary equipment and data to refugees, as well as apply for jobs using the internet.

“Alnylam’s diverse employee population and bold ‘Challenge Accepted’ attitude is a perfect fit for us. We look forward to many Alnylam UK employees getting directly involved in our work through mentoring or other activities.

We want to thank everyone at Alnylam for selecting us as their first UK charity partner, and we look forward to sharing the partnership’s progress as it builds. Together we will create a more welcoming and fairer UK to refugees and asylum seekers.”

If you’re interested in supporting our work through a company or company foundation, don’t hesitate to contact Harbi Jama, on HarbiJ@refugee-action.org.uk. You can also connect with Harbi on LinkedIn.