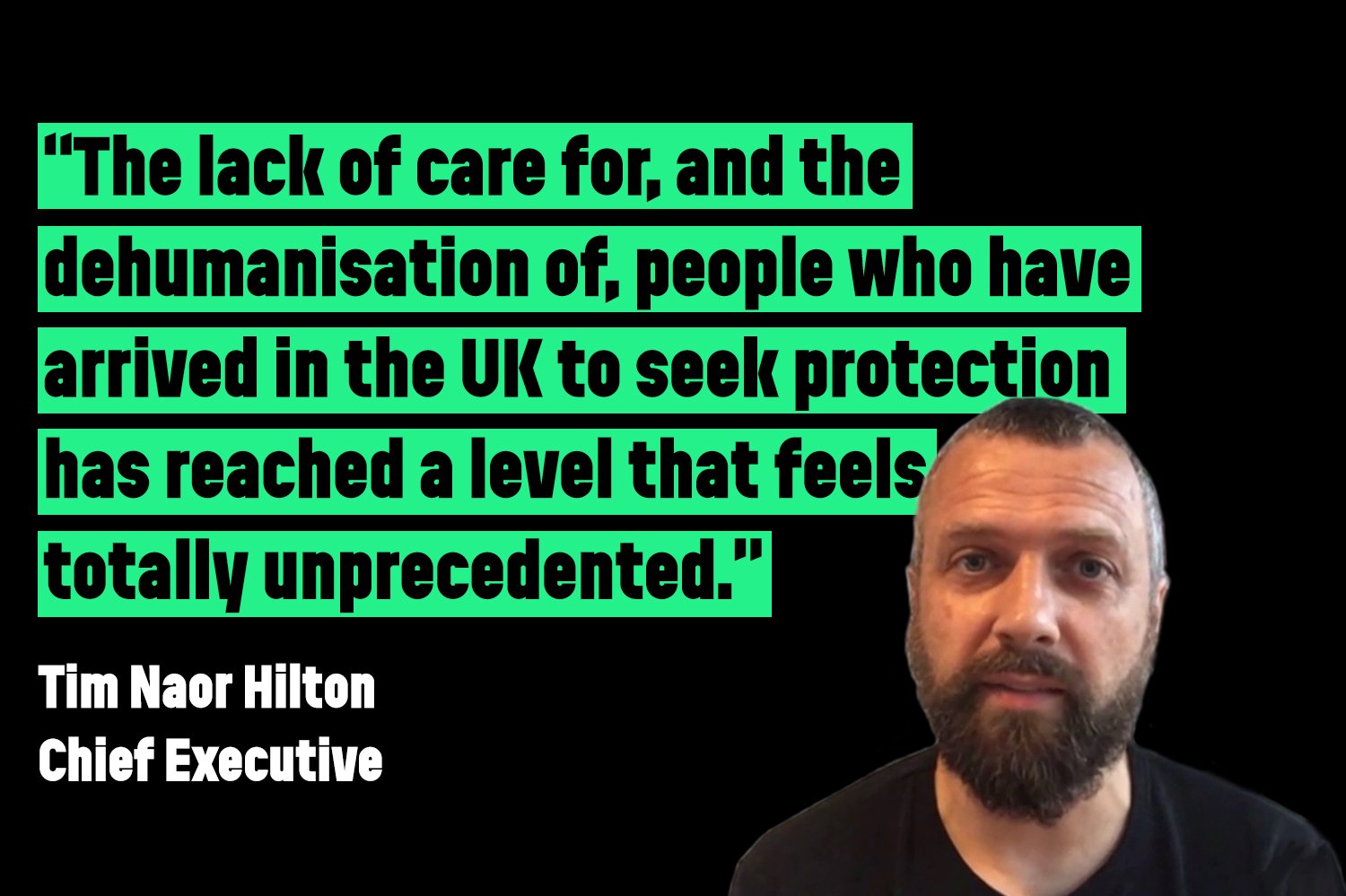 I first started supporting people seeking asylum at Refugee Action 18 years ago. As I embark on the Chief Executive role at the charity, the current lack of care for and the dehumanisation of people who have arrived in the UK to seek protection feels totally unprecedented. And the Government now has plans to make the situation worse.

I see this most acutely in the support people receive when they’re waiting for a decision on their asylum claim – particularly their accommodation. The way people are housed and supported is so important – especially as most people spend longer than six months waiting for a decision. Many wait years.

The quality of housing seems to have reached a new low. In recent weeks, our Asylum Crisis project team has seen someone we worked with – who was experiencing mental health problems and had expressed suicidal thoughts – relocated to a house that was damp, mouldy and filthy, with broken bits of furniture dumped around the flat.

We have also seen rodent infestations, water leaking from an upstairs flat directly onto a child’s bed and even a man who needed end of life care in a ground floor flat being a moved into a totally inappropriate third floor flat. It feels that these incidents are becoming more and more common and that they are only addressed by the housing provider when they become a complete crisis.

If that isn’t bad enough, people are now being housed in temporary and makeshift forms of accommodation on a scale that has never been seen before. Since the beginning of the Covid crisis, the number of people forced to live for months on end in hotel rooms, and now in disused former army barracks, has reached the thousands.

To make matters worse, the government is now proposing that these makeshift ‘reception centres’ become standard for all people seeking asylum in the UK.

These types of accommodation see people crammed into room shares, unable to self-isolate, with limited or no access to cash support, very poor quality and quantity of food, sometimes no toiletries available in rooms, no access to GPs or schooling for children and often limited laundry facilities.

We have seen a huge spike in people telling us about their declining mental health as a result of their daily living conditions. Some of these hotels have also become targets for the far right, leaving many residents living in fear. Despite thousands of people coming together to protest these inhumane conditions, the Home Office is not budging, and is now sending more people to the barracks in Folkestone.

When taken alongside the demonisation of those who have crossed the Channel, we cannot escape the feeling that this is deliberate, aimed at making life as difficult, uncomfortable and unpleasant as possible; another manifestation of the hostile environment. All of this comes at a time when safe and legal routes into the UK are fewer than ever, with fewer than 10 people arriving in the UK through the resettlement programme in 2020.

The Government’s latest proposals for the asylum process represent an extraordinary attack on the right to claim asylum. In the coming weeks, we will tell you about the multitude of hostile, unfair and discriminatory plans that Priti Patel has outlined, in addition to those described here relating to reception centres and accommodation.

What happened to our values of welcome, protection and dignity for those fleeing war and persecution? In all the years I have worked with people in the asylum system, I have never felt these values to be as under threat as they are today.