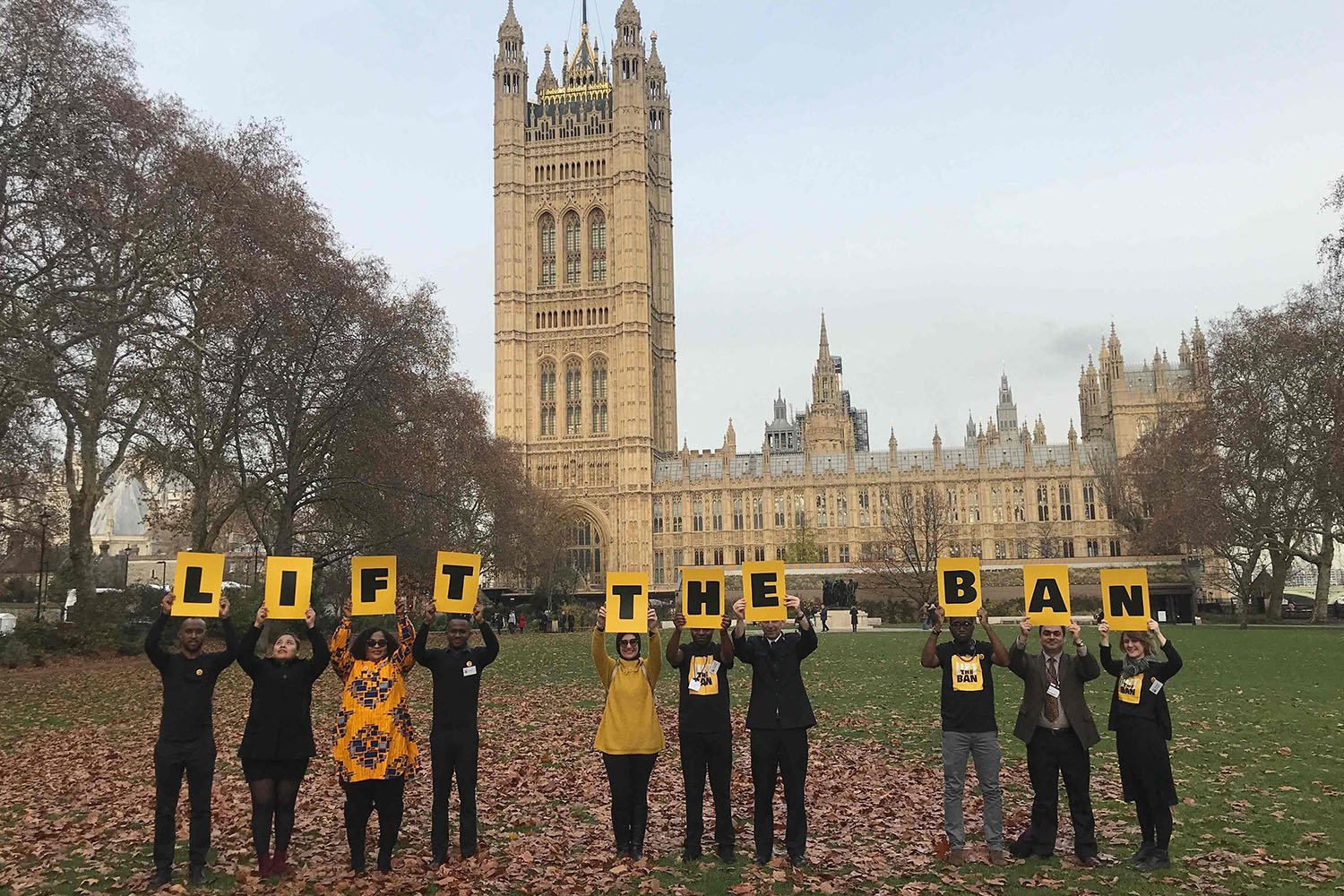 Government policy that bans people seeking asylum from working will have cost the taxpayer almost £1 billion by the end of 2022, according to new figures published today by the Lift the Ban coalition.

The Treasury would have benefitted from an extra £876,142,000 in the 10 years up to the end of this year thanks to extra tax and National Insurance receipts on top of savings made on asylum support.

Huge increases in the number of people waiting more than six months for a decision on their asylum claim have meant the costs of the ban have spiralled in recent years.

Figures for 2021 released by the Government on Thursday February 24 revealed that 62,000 people have been waiting more than six months for a decision on their claim, a new record.

Polling conducted by YouGov on behalf of the Lift the Ban coalition and published today show 81 per cent of the public think people seeking asylum should be allowed to work to support themselves if they have waited more than six months for a decision on their claim.

Some 73 per cent of the public think it would help integration if people seeking asylum were allowed to work.

The Government’s Nationality and Borders Bill is set to return to Commons after Peers in the Lords added a clause on Monday 28 February that will give people seeking asylum right to work after six months from making a claim.

Campaigners say the snowballing wait times mean people must be given the right to work or risk issues with integration, mental health decline, unemployment and poverty.

People who flee conflicts such as those in Ukraine and Afghanistan and apply for asylum here are forced into unemployment and left to exist on a Government allowance of just £5.84 a day.

The Government’s ban ignores the recommendation of its own Migration Advisory Committee, which called on the Home Office to review its ban and look into giving people seeking asylum the right to work after six months.

Currently, people seeking asylum can only work if they have been waiting more than 12 months on a claim and their job is listed on the highly restrictive Shortage Occupation List, a policy the Migration Advisory Committee called “incoherent”.

People must instead exist on a meagre government allowance of just £5.84 a day, which causes destitution and declining mental health.

Today’s figures come as the UK continues to face a national labour shortage across most industries.

The latest ONS figures released in February revealed that the number of job vacancies had reached record levels. Its Labour Market Overview showed that between November and January there were 1.3 million job vacancies in the UK.

A skills audit conducted by Lift the Ban found that 45 per cent of respondents would have been defined as “critical workers” during the COVID-19 crisis, and one in seven previously worked in health or social care.

The UK is an outlier among many other countries in the EU, North America and Australia, which allow people seeking asylum to work.

For example, Australia and Canada allow people to work immediately, in Sweden people can work after one day, in Portugal it’s seven days.

“The cost of this ludicrous policy on refugees, communities, businesses and the British taxpayer is staggering.

“As wait times for a decision on asylum claims snowball, lifting the ban would support integration and raise families out of poverty to create more prosperous communities.

“And this is massively popular with the British public. It’s vital that MPs in the Commons back the Lords’ amendment and consign this ban to history.”

“This policy is not only a massive waste financially; it’s also a huge waste of the professional skills and experience that people seeking asylum have.

“Businesses, the public, the House of Lords, even the Government’s own advisory committee all back reform.

“MPs now need to recognise it’s common sense to give people seeking asylum the right to work, and vote to lift the ban.”