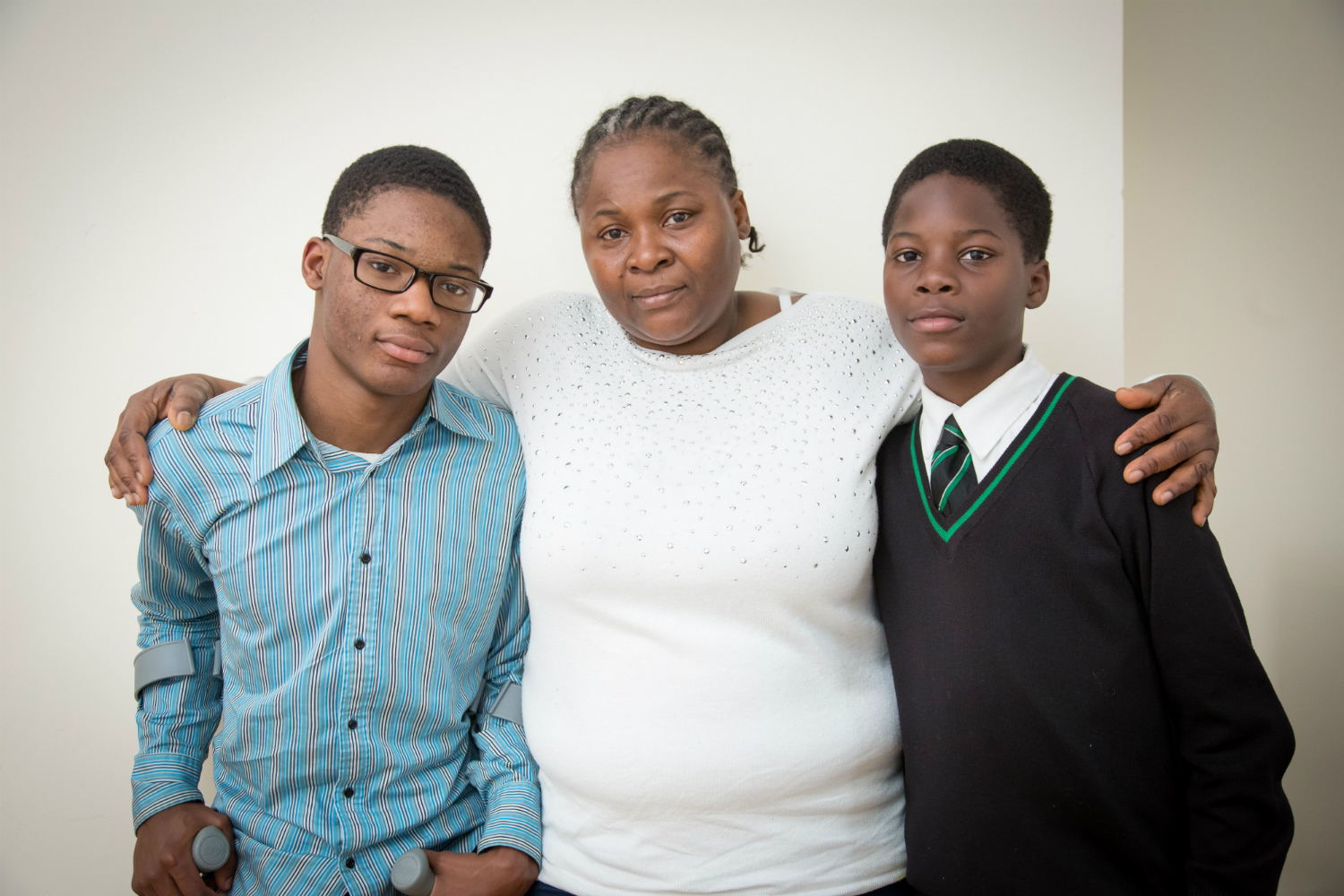 When Basirat was just 19 years old, she was already living on the streets in her home country of Nigeria. She had lost her whole family.

Then, she met her husband and had two boys. Sadly, life didn’t get any easier.

Basirat and her family shared a room with her husband’s brother, and they suffered terrible abuse at his hands. He was a monster. He repeatedly raped Basirat and hit her children. With her husband away working, and no family to turn to, she was powerless against him.

The family’s home life was a nightmare, but there were dangers outside too.

Basirat’s first child Abdulahi couldn’t walk or talk properly. Many people thought he was evil. So much so that, when he was just two, he was kidnapped.

Abdulahi was found alive, abandoned in the bushes, three days later. His little legs had been slashed with razor blades. Basirat says, “I think he must have something important to do in life to have survived.”

The violence at home continued. “His brother was beating my children, sometimes he’d punch me on my head. One day he burnt my son’s leg with an iron. When I saw, I shouted at him to stop and he poured boiling hot tea on me.”

It was the most cruel, vicious attack. But, incredibly, it gave the family a way out.

Basirat went to hospital and told someone everything. They helped her escape to the UK.

Although Basirat’s story is heart-breaking, she has not been met with compassion when trying to claim asylum.

While she waited for the Home Office to decide on her asylum application, her first application for emergency financial support was refused. It left her and her boys without any source of income. She was unable to pay her rent and her landlord tried to evict her. Because he wanted her out, he refused to fix their broken heater. The family were living in a damp, cold house, relying on charities and foodbanks to survive. Basirat often went without meals to make sure the boys had enough.

After all that, and despite the fact that she is receiving death threats from her brother in law, and believes her disabled son would be in danger in Nigeria – she has been refused asylum twice.

It seems as if every door has been slammed in the family’s face. All except one – Refugee Action.

Thanks to our supporters, we’ve been able to help the family move from a damp, cold, overcrowded room to a place of their own. We’ve helped Basirat access a little support while she continues to try and claim asylum. We’re also helping her to claim asylum for Abdulahi, so that, hopefully, he can be sure of protection at least.

Life is changing for the better for 16 year-old Abdulahi. After years of being told he was lazy by doctors back home, he finally has a diagnosis. He has Cerebral Palsy and is being treated. Both boys are at school.

Basirat is so proud of her sons. She said: “They are so lovely. They have won so many awards at school. Abdulahi is a role model. Everybody loves him, unlike back home.”

After all the torment and torture he has suffered, Abdulahi has found some happiness. But it could all still be snatched away by a system that tries to reject refugees who flee here, without so much as a fair hearing. The system is inhumane. It has to change.

If you’re moved by Basirat’s story, you can help us fight for the UK we believe in – a compassionate UK that has a proud tradition of welcoming refugees.