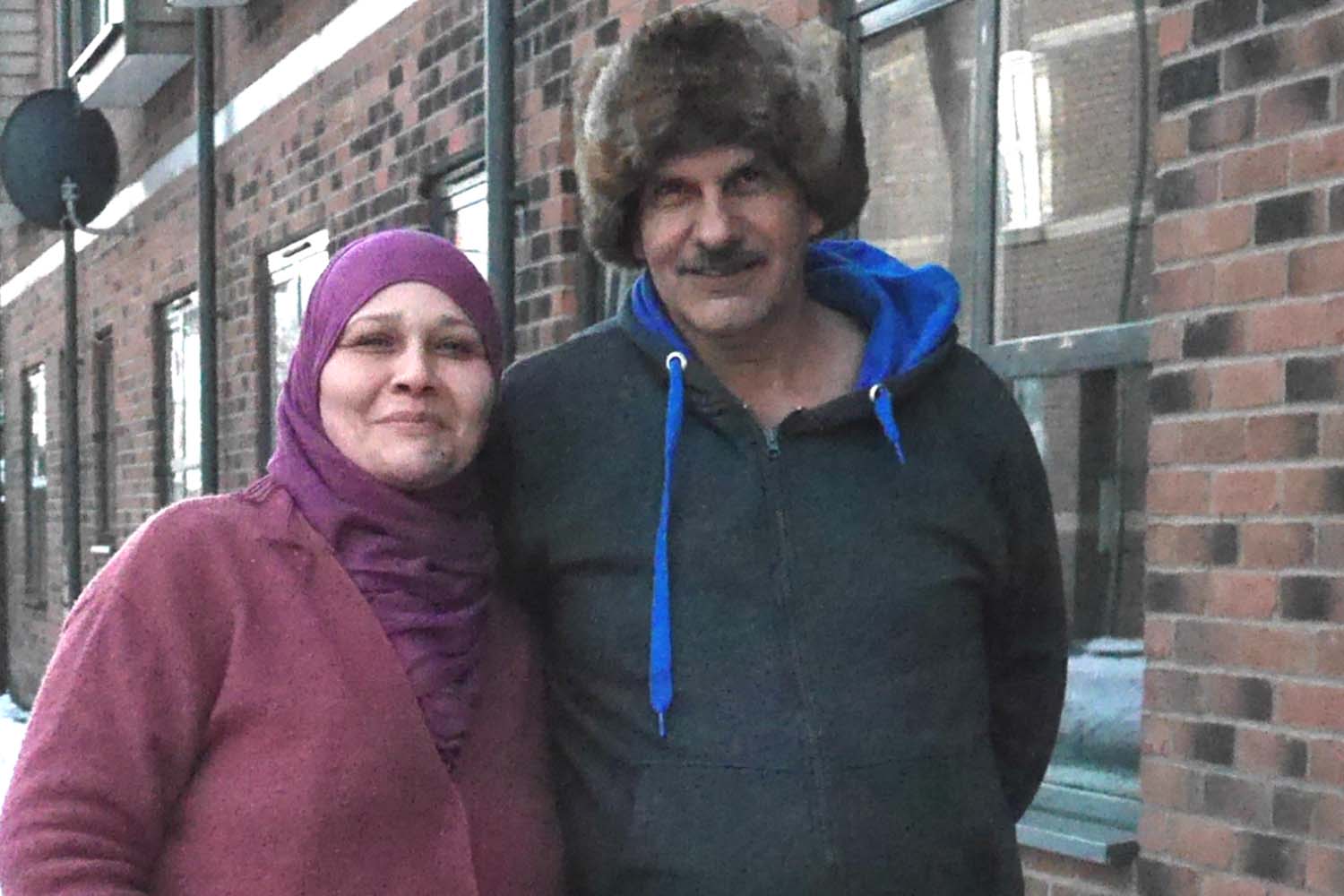 After fleeing brutal violence in their home-country of Syria, and enduring years of upheaval and uncertainty in Egypt, Emad and Rana say they have finally regained some stability in their new home of Hereford.

The couple moved to the west of England town nine months ago, where they live in a flat close to its picturesque centre. They have since grown very attached to the place. “When we leave Hereford for the day and come back, we feel relaxed again. We say ‘it’s great to be home’ because this is now our home,” says Rana.

The couple’s 21-year-old son and 23-year-old daughter along with her husband were also resettled in Hereford in mid-2017, joining the 13 Syrian families that already live there. Refugee Action has been providing support for families being resettled in the area since November 2016, in partnership with Herefordshire Council.

Emad and Rana have been busy attending English language lessons, exploring their new surroundings with day trips to near-by towns and mingling with members of the local community, who they say have been very welcoming. “As refugees, we feel welcome. People make sure that we know we are welcome,” says Rana.

When Rana first arrived in Hereford, she joined a local group which aimed at bringing together Syrian and British women. The women have become friends and now meet on a regular basis outside of the group. “We get invited by English families to social events. Some families have taken us out on day trips. It is wonderful that these people help us even though they don’t get anything in return.”

Their son Alaa recently got a job at a local factory, along with a few other young Syrians in Hereford who are keen to quickly rebuild their lives. He also bought a car and is hoping to find a small property to rent near his parents’ flat.

“These young men don’t want to rely on benefits and they don’t want to just sit at home doing nothing so they started working and driving, and they are all doing well,” says Emad. “They are young and they want to be productive members of society, where they can learn English, work and pay their taxes like everyone else.”

Emad says the support they have been receiving from Refugee Action has been overwhelming – from helping them access English language lessons and health services and benefits, to providing them with practical everyday advice and guidance. “The caseworkers understand our frustrations and challenges. And they help us every step of the way,” he says. “They care so much about our wellbeing.”

When Emad and Rana fled Syria, they were forced to leave everything behind. Their home and the tourism office their family owned, were looted and later destroyed during heavy shelling in their home-town of Homs. One of Emad’s knees was shattered by a sniper’s bullet. He now has an artificial knee and has difficulties walking properly without the support of a crutch. “My wife and I had a good life before the fighting broke out,” says Emad. “I used to take tourists to all the heritage sites that we loved and that represented our life, which was a good life. This has all been lost. The country has been destroyed – there is so much violence and so much hatred.”

But despite all this, the couple continue to have a positive outlook to life and hope for a better future. “We are trying to integrate. We are trying to learn the language and learn about the culture and values of this country,” says Emad. “Happiness is one of those values – people smile a lot and we really appreciate that.”