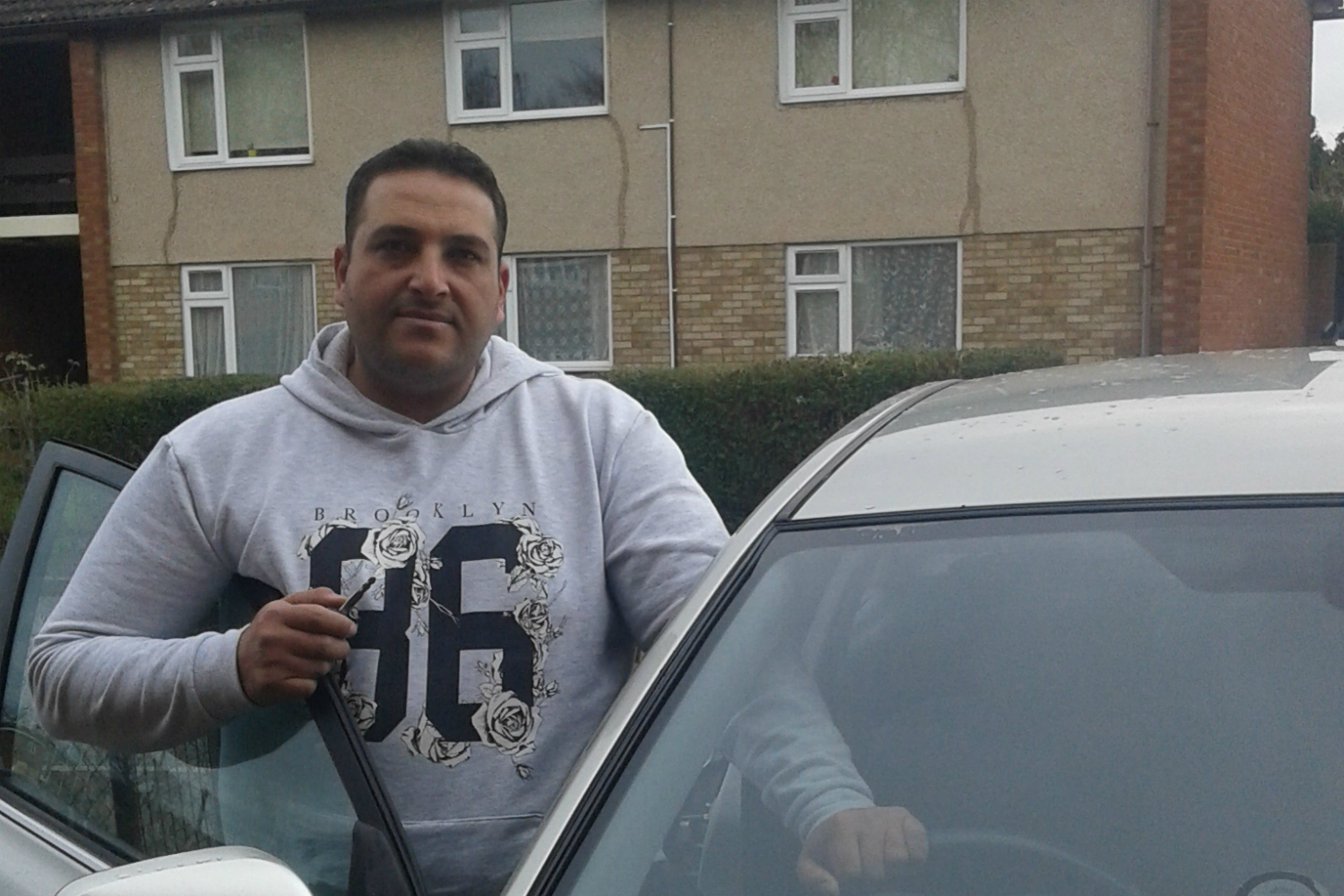 Esam, a 34-year-old Syrian, proudly shows his British driving license to his family shortly after passing his test. He explains how he managed to successfully complete the theory and practical sections on the first attempt, despite both requiring English. “I managed to get a really high score on my driving test and now I am helping other Syrians study for their exams, including my wife,” he says.

Much has changed for Esam during his first year in the UK with his wife Rola and their two young daughters. They moved here as part of the Syrian Vulnerable Persons Resettlement Scheme. They are one of 14 other Syrian families who have been resettled in Hereford and supported by Refugee Action in partnership with Herefordshire Council, through the programme.

The family is now keen to be part of their local community. “We didn’t speak a word of English when we came here a year ago,” says Esam. “We’ve been attending regular language lessons and working really hard on improving our English this past year.”

Rola has found that mingling with other families in Hereford has helped her improve her vocabulary. “Whenever we get invited to social gatherings we like to go just so we can meet other families with children and hold conversations with them in English. Other times, we just walk into shops and pretend that we need help with things just so we can start a conversation with people.”

Esam says that his priority now is finding employment. He worked as a blacksmith in Syria, and he is now focused on making use of his skills in his new home. Through the help of Refugee Action, he recently completed a two-month volunteer job at a local blacksmith. He says that he is now ready to find more regular work so he can start generating some income for his family. “I think volunteering was very helpful because it is a good way to learn about the work environment here, which is very different to Syria,” says Esam. “Syrians love to work. We will do anything, we just need some help in navigating our way through the system. It’s all very different to what we are used to.”

Esam and Rola had to flee their home and abandon their family-owned blacksmiths business in Hama after fighting intensified. They spent months on the move in search of safety until they finally fled to Lebanon, where they lived for almost four years. “My work in Syria was good. I used to do projects on a national scale. My work was very unique, but then we had to abandon my workshop and our newly built house – we ended up leaving with nothing.”

The couple say the support they have received from Refugee Action and the Government is giving them a chance at rebuilding what was lost. “Until we moved here, we were only able to think as far as the next day,” says Esam. “Here, we are getting support so we can relax and focus on learning English and taking care of our children and rebuilding our lives.”

“We can now make plans for the future,” adds Rola. “We want to be able to develop our lives and be productive.”