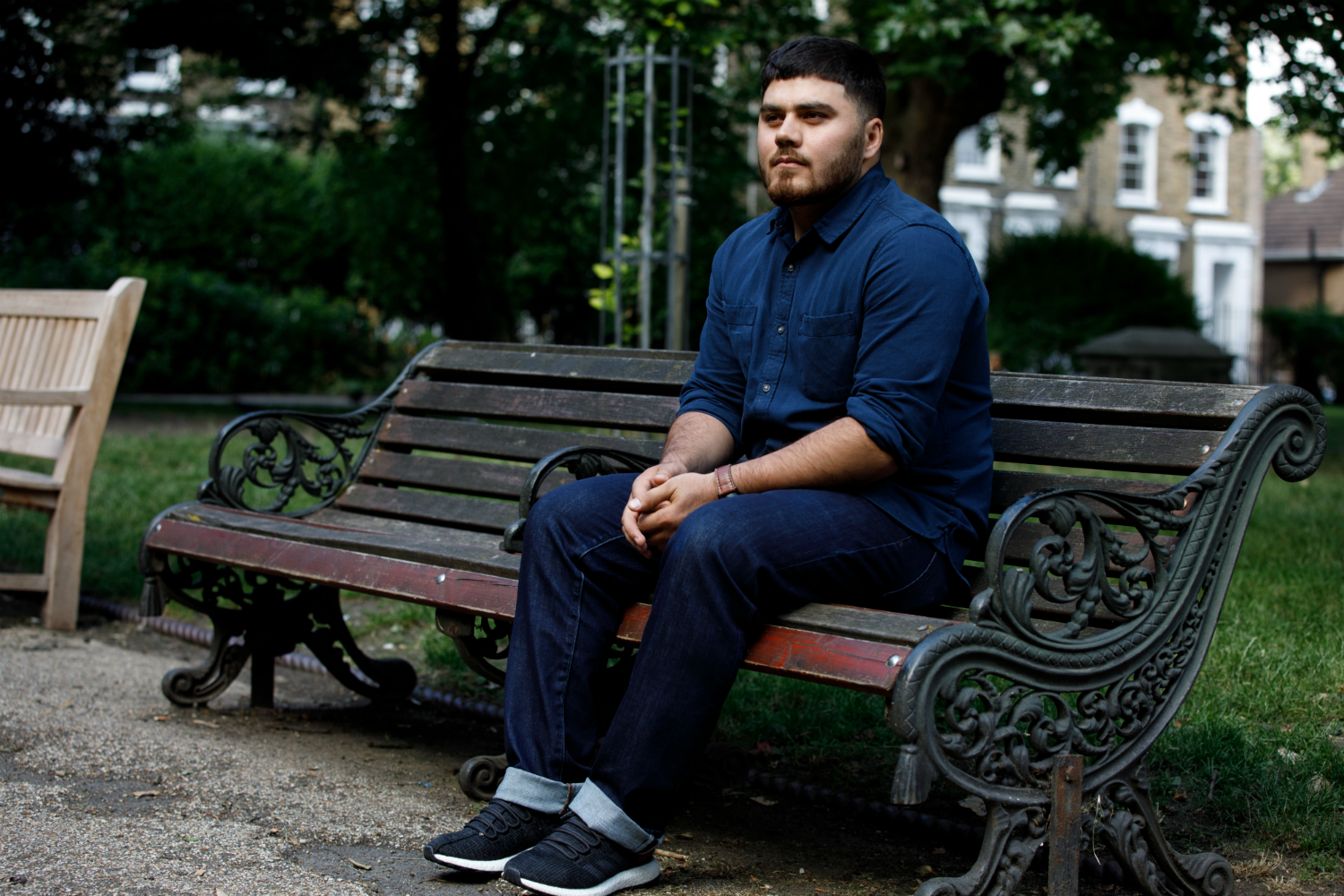 Farid spent his first night in Britain on the outside of closed doors. At just 13-years-old and alone in a cold, foreign country, Farid said “there was a lot of growing up in that first night”.

Farid, now 22 and living in London, fled the Taliban in Afghanistan at 13 after his father was killed for his political beliefs. He left his mother, brother and sister and spent months travelling through Pakistan and Iran, to Turkey, Greece, Italy, France and then Britain.

Despite the hardships of the journey, during which Farid almost drowned at sea between Turkey and Greece, he said he at least had the company of a group of others also in search of safety.

But when the group reached the UK it had to split.

“One thing that got me more scared was that I was alone now – there was no one with me,” Farid said. “Throughout the journey we made decisions as a group. But now I had to make my own decisions. It was up to me to make it right or wrong.”

After a night searching for help Farid found a Home Office building where he met a social worker and was placed with a foster family. “That gave me some hope. That’s when I knew there was a way,” Farid said.

At school Farid had English lessons, but even with his foster family’s support life in Britain was a “lone journey” for the three years it took him to learn the language.

“At the time, the language barrier caused my isolation because I could not communicate with people,” Farid said. “In the class, I was sent to a different class to do specific subjects because I couldn’t be in the regular class because of the language.”

Other children at school bullied Farid. He couldn’t join group activities and stayed in the ICT room instead of going outside at lunch.

“Some people would say go back to your country or when I spoke, they would say ‘you don’t know what you’re talking about’,” he said.

Farid had some friends with similar experiences to him, including one whose family had moved to the UK from Turkey in the 1970s and who took him swimming and to football. Along with help from his foster family Farid gradually learned more English – and made more friends, too.

“Once I was able to communicate better with friends and my school mates, then there was a lot of going out as a team, as a group – we would go to restaurants and other places,” Farid said.

“Learning the language opened doors for me. It helped me communicate, it helped me express my feelings. Then I realised that I have more in common with these people than I originally thought – I shared things with them. Then I could see myself within that.”

At 15 Farid was able to pursue a love from his life in Afghanistan and join a cricket club.

“I was playing with the team, I was part of the team. I was such a nice feeling,” he said. “They would call me on Saturdays. I became one of the best performers of my team. We won as a team once which was very nice and the coach drove me home.

“Joining that team helped me integrate and it felt good to win!”

Now Farid is studying social work at Goldsmiths university and working with his local council to support other young refugees. He encourages them not feel alone and to share their stories.

“Many people experience that pain without talking to anyone,” Farid said. “[I tell them] don’t be silent. There is always a way forward.”