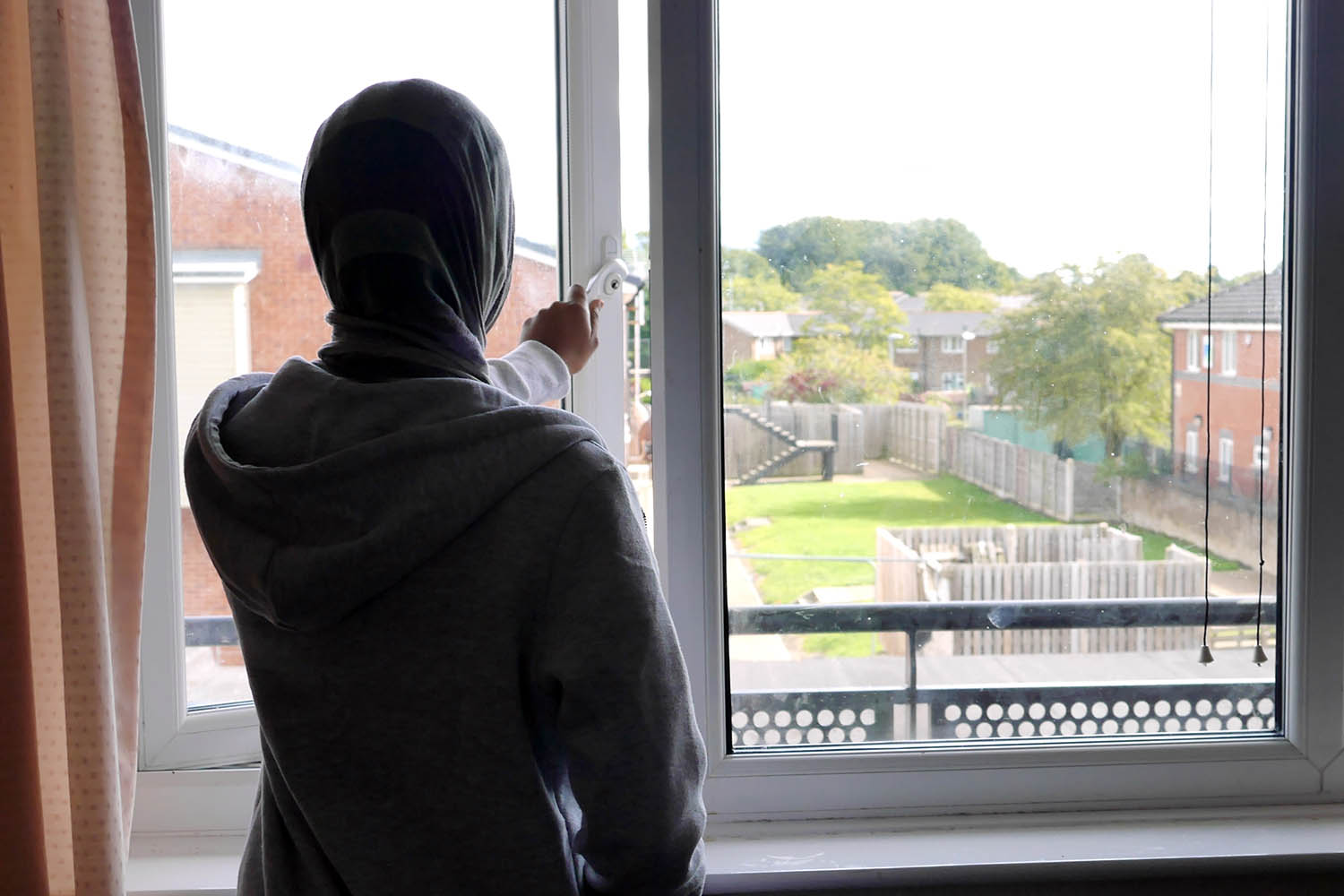 Fathy’s journey as a refugee began when she was 16 years old, after fleeing her home-country of Burundi with her mother and siblings. During their six years in Kenya, their mother passed away, leaving Fathy responsible for her brothers and sister.

“I had to take on all the responsibility to be a parent and a sister to them, to make all the decisions,” said Fathy. “That is when my life changed.”

Becoming the sole carer for her siblings, she was determined to provide them with the best possible future.

She was relieved when she found out that they would be resettling in the UK. “I was happy to be moving away from hardship. I always dreamt of the UK…it’s a free country.”

Even with her natural positive outlook, she was under no illusion about the challenges that lay ahead. She knew she had to work hard to make a good life for herself and siblings. “When I got to the UK, I found out that you have to work hard to get what you want. Nothing is easy,” said the twenty-four-year-old. “It was awkward at first, but I told my siblings that this is where our new life will be and we have to do well.”

She realised early on that learning English would be vital to building a successful and independent life for herself in her new home.

“You can’t do anything if you don’t speak English,” said Fathy. “It is an English-speaking country. If you do well in English, you will do whatever you want after that.”

Fathy has been in the UK now for just over a year and until recently was being supported by Refugee Action. When she arrived, she spoke some English which she says she learnt through watching television programmes and talking to people.

It took her four months to access formal English language lessons and says the progress she has made over the year has been remarkable.

“Sometimes I record myself so I can listen back to what I sound like. The difference between now and when I first got here is big,” said Fathy. “My vocabulary is getting better but I still have to improve a lot.”

To help practice her English further, Fathy has been doing volunteer work. One of her volunteer jobs is with a women’s group, helping older, mostly illiterate women, learn English. She says that while her volunteer work has improved her own vocabulary, being able to help others in need has been extremely rewarding.

“I work with women who are struggling to learn the language, but I say to them that they have to learn English so they can at least do their shopping,” said Fathy. “Some women are so eager to learn and they try hard to speak English. I feel good about doing something to help them.”

Fathy understands the challenges not speaking English can pose – from having to fill out forms to attending appointments and generally being able to communicate with people in the community, and making friends. She says learning English has helped her break a lot of these barriers and taught her how to become self-reliant.

“I feel that I have grown up a lot this year,” she said. “I have learnt to do everything on my own and I tell other women that they should not rely on others and they should learn English so they can be independent too.”