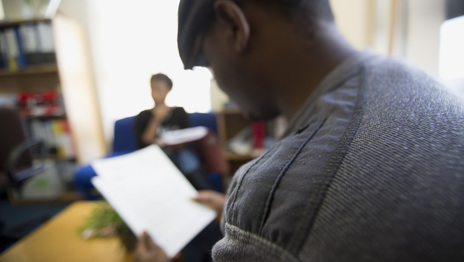 As Refugee Action’s assisted voluntary return service Choices comes to an end, here’s what it taught us about helping people return with dignity.

This week Refugee Action is saying a sad goodbye to our Choices service. Since 2011, it has helped thousands of people face the difficult decision of whether or not to return voluntarily to their home country.

When we launched Choices, we were determined to make sure it met the huge demand for impartial, accurate advice and support for people considering returning. Since then, thousands have returned through the programme. It’s also helped many thousands more who decided that returning wasn’t the right choice for them, signposting them to other sources of help and making sure they felt respected and listened to.

Those who did return received in-depth help to plan their lives after arriving back home. We’ve seen a whole range of small businesses set up by returnees, from smallholdings to hairdressers. Supporting people in this way means they can build a better life in their home country, contributing to their country’s micro-economy and increasing the likelihood of their return home being safe and sustainable.

Choosing whether or not to return is incredibly difficult. Our work on Choices has repeatedly shown it’s a decision people can only make when they are properly supported. Making conditions tougher for refused asylum seekers or irregular migrants in the UK does not encourage them to return. If anything, it forces people into desperate situations, making them less able to consider leaving the UK than they would be if they were treated with humanity.

The Choices service is closing because the Home Office has decided to run it in-house. We’re really concerned about this, for a number of reasons. Many of the community groups, organisations and individuals using Choices have told us that they would not trust or approach a government-run service. In addition, the new service won’t include advice for those who haven’t yet made up their minds to return – leaving many people unable to engage with decisions about their future

To make matters worse, it doesn’t seem like this change will save the government any money. With the new service open to fewer people (irregular migrants, except the very vulnerable, are excluded) and with fewer people approaching it because they do not trust it, it is likely to lead to fewer returns. This would leave more people living destitute on UK streets, or result in more forced removals – potentially costing £8.5 million more per year.

Running Choices has been a huge privilege for us. We are immensely proud that our staff, volunteers and partners have treated everyone who came through our doors with dignity and respect, providing high quality, confidential advice and ensuring safeguards for people in vulnerable situations.

Thousands of people have been supported to build lives for themselves whether in the UK or after returning. This work has contributed to our best practice model for assisted voluntary return. As our service closes, we’re hoping the government will realise the value of this approach.

Congratulations to Refugee Action for running this little known but excellent programme for a number of years! Shame on our Government for taking it back “in house” where it will be less friendly, less effective and more expensive.

Your organisation has just helped a family member to migrate home after he having failed in the process to stay in the UK. He was one of the very last people you supported and he was treated with the utmost dignity and respect, something that many migrants do not receive via statutory processes. Thank you so much for your kindness and support and I have a very heart when I think of all the others who will no longer be able to have the benefit of your magnificent services.