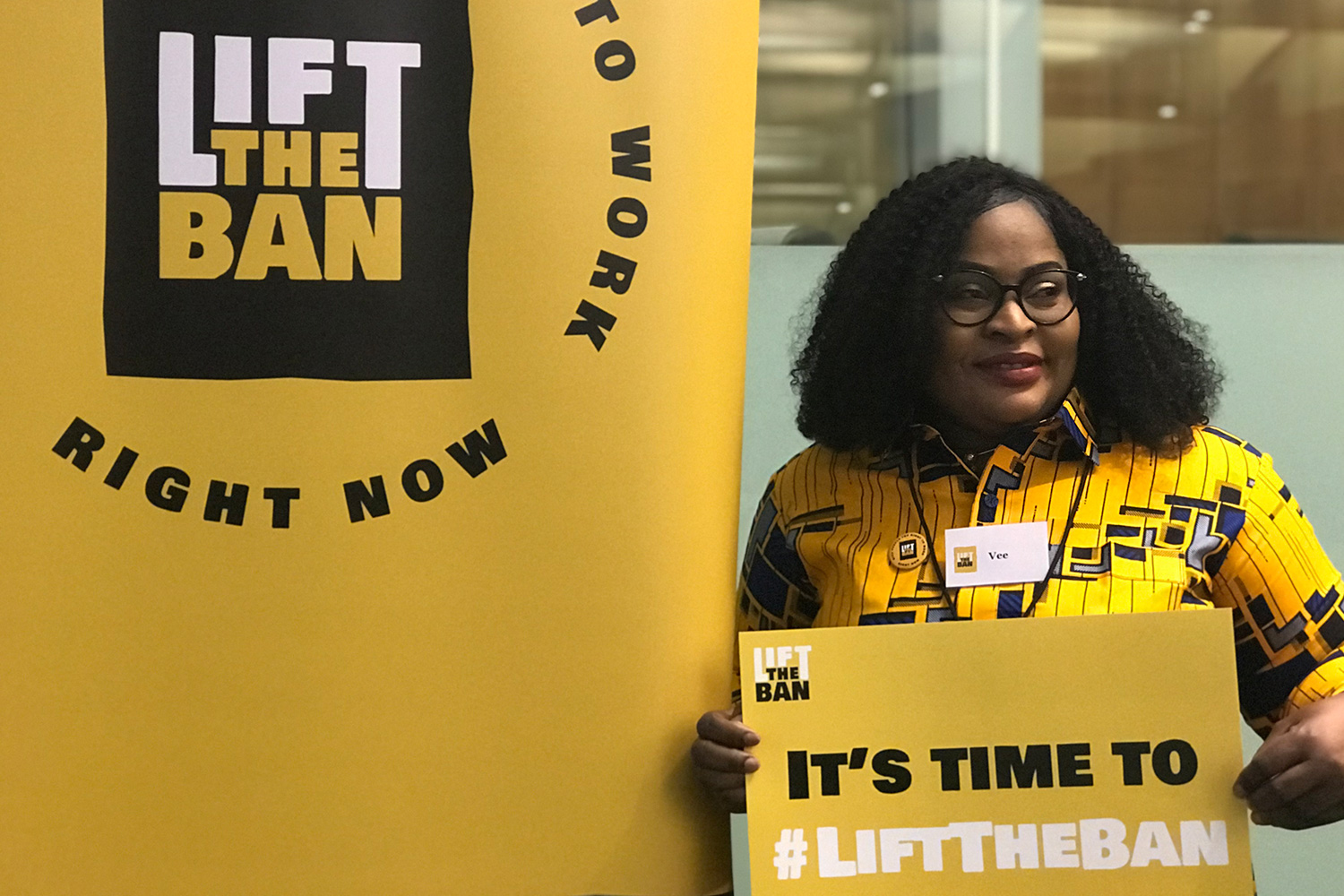 Ministers have committed to reviewing the current policy banning people seeking asylum from working in the long-awaited White Paper on immigration.

Alongside our partners in the Lift The Ban coalition – a group of more than 100 businesses, unions and charities including Refugee Action – we’re calling on the government to deliver on its warm words. Lifting the ban is long overdue and has the backing of MPs from all sides of parliament.

Refugee Action’s Head of Campaigns, Paul Hook, on behalf of the coalition, said:

“While we are pleased to see the government making a commitment to review the current ban which stops people seeking asylum from getting into work, ministers now need to deliver and scrap this harmful policy.

“An anomaly in Europe, denounced by politicians of all parties, and opposed by businesses and unions alike, the current ban is forcing many who seek asylum into poverty and homelessness. It also limits their potential and isolates them from the communities they live in.

“We have already provided the government with overwhelming evidence of the benefits that allowing people seeking asylum to work could bring and we will continue to do so as they carry out their review.

“We will not allow them to kick this can down the road – we will be urging them to move swiftly and work towards lifting the ban via the upcoming Immigration Bill.”

You can read more about our campaign to give people seeking asylum the right to work, and add your name to our petition here.