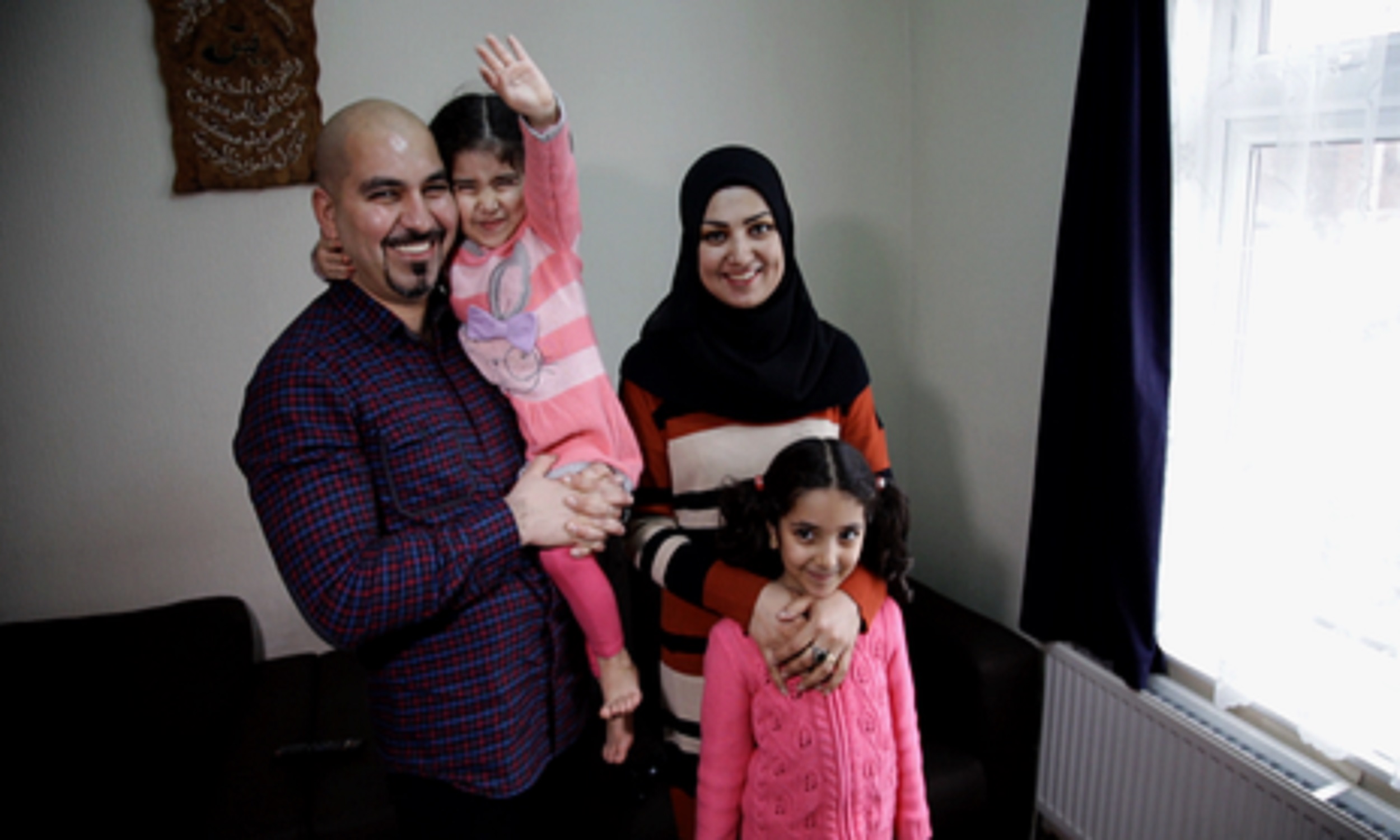 Haider is first and foremost an artist. But in war-torn Iraq, art didn’t pay the bills. So, having learnt English thanks to his English teacher father, he also worked as an interpreter.

Haider lived in Basra, southern Iraq. His first jobs after graduating were short-term interpreting contracts with British security companies. “There was no risk at that time. It was quiet in those days in the south,” he says.

Haider’s life changed as the security situation worsened. At work, his team was attacked by a car bomb. A colleague telephoned Haider’s mother with news he was safe – but she’d had no idea about his dangerous job. “She began crying and shouting,” Haider says. “When I came back home, she forced me to stop working”.

After months without work, Haider returned to interpreting. This time he took a job with British forces, telling his family he was teaching art. He was right to be cautious, quickly finding himself under threat. “Militants declared that any Iraqi people working with the British army must be killed – not stopped from working – killed,” he explains.

Attacks on interpreters became commonplace. “I lost so many friends,” recalls Haider. In one instance, seventeen of his colleagues, travelling home together from an army base, were kidnapped and executed. Haider hadn’t been there that day and quickly went into hiding. But he needed to support himself and soon returned to work.

Meanwhile, life was moving on. Haider had met Nadia, the girl he wanted to marry. But he couldn’t tell her about his job. “If her parents had known [I was] an interpreter they wouldn’t have accepted our marriage,” he explains. “They would have refused, saying ‘this guy, very soon he will be killed”. The couple married in the height of the conflict.

Haider’s life became tougher. He often had to go into hiding. He changed his route to work every day. He told different stories to different people. Even Nadia, his new wife, thought most of his work trips were to teach art. “I told lies to survive,” he explains. “Even on the British base, I didn’t tell many people that I’m an interpreter. I’d tell them I was an artist, just an artist”.

Iraq’s security situation dictated Haider’s family life. When things were violent, life was incredibly tense. Other times were quieter. The couple had two daughters. In the worst times, they were constantly on the move, in and out of hiding. “It was very tough, very tiring,” Nadia remembers.

By 2010, Haider and Nadia decided the dangers facing their family were too great. They signed up for a UNHCR resettlement scheme for Iraqi interpreters, many of whom had found their lives under threat due to their work. Two years later, they were finally offered a new home in the UK. When they arrived through the Gateway Protection Programme, Refugee Action met them at the airport and supported them through their first year in the UK.

Moving countries wasn’t easy. The family were heartbroken to leave their loved ones behind. “For anybody to change countries, to go and live in a country they’ve never even been to before, it’s hard,” says Haider. Nonetheless, he’s convinced the move saved his family’s lives – finally giving them a chance to feel safe and settled. “I’m so thankful to Britain,” says Haider. “I enjoyed my work in Iraq, but I had to think of my family”.