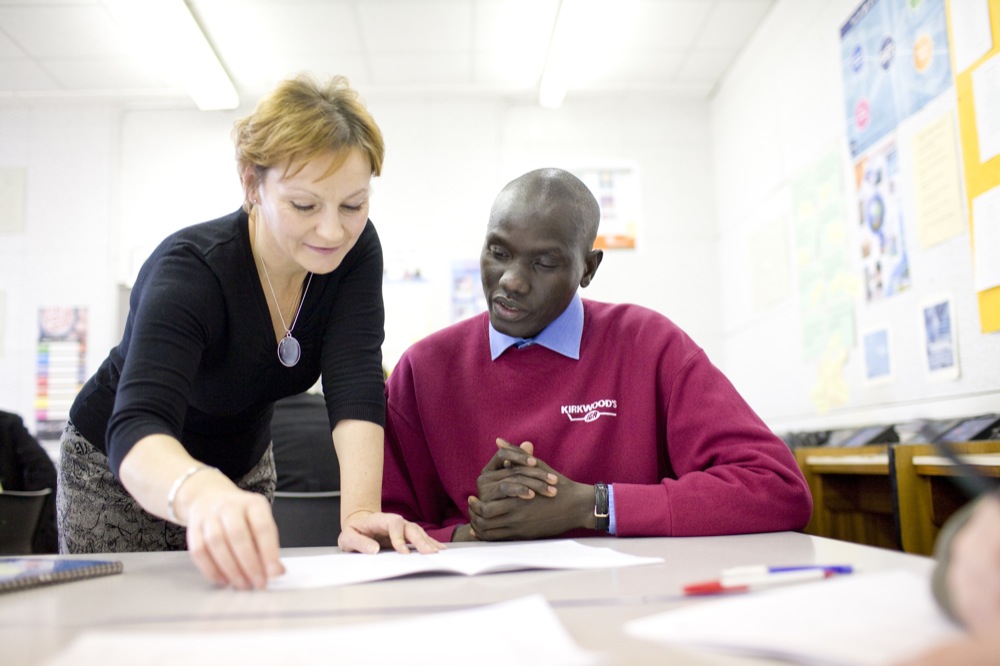 This blog was originally published in The Huffington Post on Sept 7, 2016.

Building a new life in a new country is tough. It’s even tougher if you can’t speak the language of your new home. Refugee Action is therefore delighted that Home Secretary Amber Rudd has this week committed £10million in new funding for English language classes and other new measures to help refugees who are resettling here having fled horror and destruction in Syria.

This action is in direct response to our Let Refugees Learn Campaign, and should be celebrated by all those who want to see Britain welcome refugees.

These new commitments come in the week of the first anniversary of the pledge by then Prime Minister David Cameron and Home Secretary Theresa May to welcome 20,000 Syrian refugees in this Parliament. Doesn’t time fly? Around 2,800 have arrived to-date, and now the government has also confirmed that local authorities have secured all 20,000 places for people arriving up to 2020.

This is positive news for thousands of people who have survived a brutal war and unspeakable horrors and now desperately want to rebuild their lives here in the safety and freedom of Great Britain. Yet, as the devastating war in Syria rages on, the government must go further and faster, going beyond its 20,000 commitment and making sure that when people do arrive here they can fully succeed.

Refugee Action works in partnership with sixteen different local authorities to provide the support that resettled refugees from Syria and other countries need during their first year.
Our direct experience has taught us that a lack of English classes has been the single biggest barrier to successful integration here in the UK.

Funding for English language classes has been cut by 55% since 2009. And there is a chronic shortage of classes in many parts of the country. Some refugees arriving in the UK have to wait 6-12 months for English classes. In Bradford, the local job centre is referring people to Refugee Action’s volunteer-led English classes. Yet we are regularly forced to turn refugees away as these are at capacity. This leaves people desperately frustrated and hinders their ability to settle in, make friends and get jobs.

The new measures are important steps forward in addressing these problems. In addition to the new funding there will also be a new post in every region to help local authorities support community ESOL and commission new additional ESOL services.

There is, however, still a long way to go. These measures will only help Syrian refugees. It’s madness to help one group of refugees to integrate and find work, while neglecting another. There are more Syrians in the UK who were recognised as refugees through the asylum system than who reached the UK through resettlement programmes. They, and every other refugee from many other countries, also want to learn English. They know it’s essential for making friends, using essential services and finding work.

Refugee Action recognises the strains that many people in this country are under and the constrained purse strings of local authorities. The figures, however, do add up. Our report shows that the cost of these classes is recovered within six months if and when a refugee is able to find employment.

So we’re renewing our call on the government to ensure that every single refugee and asylum seeker receives eight to twelve hours of English classes for two years. Our polling demonstrates the strong public support for this with 73% recognising the benefits for communities and for Britain.

Refugee Action helped a 19-year-old young Syrian woman to access English language classes soon after she arrived here in the UK a few months ago. Bayan said: “It’s important for us all, we can’t communicate with others or make friends without the language. I want to become an accountant here and I need to speak English well to be good at my studies.”

More people like Bayan are now going to get the chance to successfully rebuild their lives here. Let’s make sure this applies to all refugees in the UK: every single one deserves that opportunity.