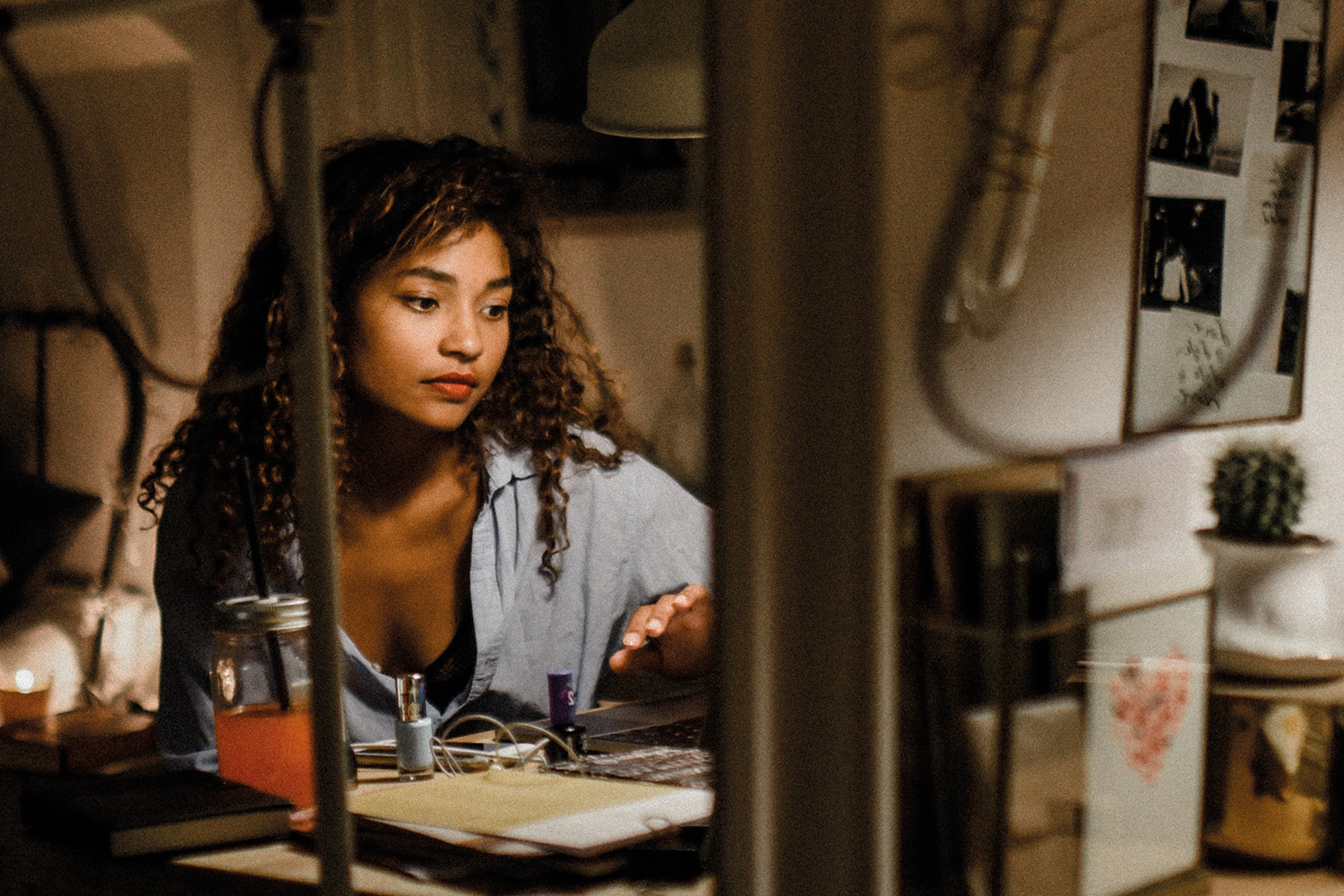 The war and violence in my home-country of Congo forced me to flee to the Ivory Coast a few years ago. But I was quick to rebuild my life there. I started working as a marketing officer and I was also training as an investigative journalist, writing for a website abroad.

The Ivory Coast became my second home. I had a normal life, I had two jobs. I was travelling and everything was just fine. And then all of a sudden, they had a war as well. So, I had to flee again. I was made refugee twice, if you like, but there was nothing I could have done about my situation.

I arrived in the UK in 2012 with nothing but a small suitcase. I didn’t know where I was going but I knew that I needed to stay. I claimed asylum soon after but had to wait over three years to get my refugee status.

During those years, I was given some government support to help me get by. But I was told that I was not allowed to work. I was shocked at first because I love to work and that was not possible anymore.

For someone who was working for many years and had an independent life, having to wait each week for just over £37 in support was an awful feeling. And the money provided didn’t get me very far. I would go to the supermarket and buy the fruit and vegetable that was not fresh and the meat that was about to expire because it was cheap. I would sometimes buy clothes from the charity shop and even then, I would have to cut down on food that week just so I can afford to buy some items of clothing.

My accommodation was the tiniest room, which consisted of nothing more than a bed and a tiny wardrobe. The room was in an awful state and was infested with rats. But I had no other choice. My depression was triggered during that time. I started seeing mental health specialists to cope with the stress.

Volunteering was the only thing that kept me going. I began to volunteer with Refugee Council and the British Red Cross. I would help refugees with all sorts of things. I helped them fill out forms and would refer them to the council and do whatever to help them settle in after they get their refugee status. I also helped refugees with their day-to-day needs, such as going to GP appointments and interpreting for them whenever needed.

I was volunteering so much that it was almost like a full-time job except I was not being paid for it. But I needed to do something because I feared that sitting there in that room with nothing to do would kill me.

But I have a career and I wanted to advance. All I wanted was the choice to work where I wanted to work and get paid for it. I didn’t have that. I missed the independence, I missed travelling. I missed living a normal life.

2014 was a good year for me. I was granted refugee status and I gave birth to a little girl. My daughter is my life; she is my everything. She loving. She’s beautiful. She is all the good things you can imagine about a child. But I feel that I am not allowing my baby to grow up because I don’t want to waste any more time.

After getting my status I started applying for jobs straight away. When my daughter was only five months old, I started attending college to study business administration and get UK qualifications that would help me work. On her first birthday, I went for a job interview with her by my side.

I finally started working part-time for charity in 2016 looking after the budget and other administrative issues. It is not in marketing, which is my field of profession but I like it because I have grown a passion for the charity sector and I want to continue to work with people in need.

Working has changed my life. I am mentally in a much better place. I feel free and independent again. I pay my own rent and my own bills. At the end of each month, I don’t have much money left over but I like to be able to do my own thing and look after myself, budget, and make my own decisions.

My daughter goes to nursery now. She always says to me ‘I just want to stay home with you all day’ but unfortunately we can’t do that. I have to study and I have to work and she is paying the price for this; we are paying the price together.

I am trying to set up my own company where I can put my marketing skills to good use and which would allow me to spend more time with my daughter. I am setting up a small business, offering costumers short-term stay like holiday lets, business travel and accommodation, using other people’s properties.

I have been training in this since March. It will be a long journey and I have to give it my very best, but I feel confident that I will achieve my dream because now I have the right to work.