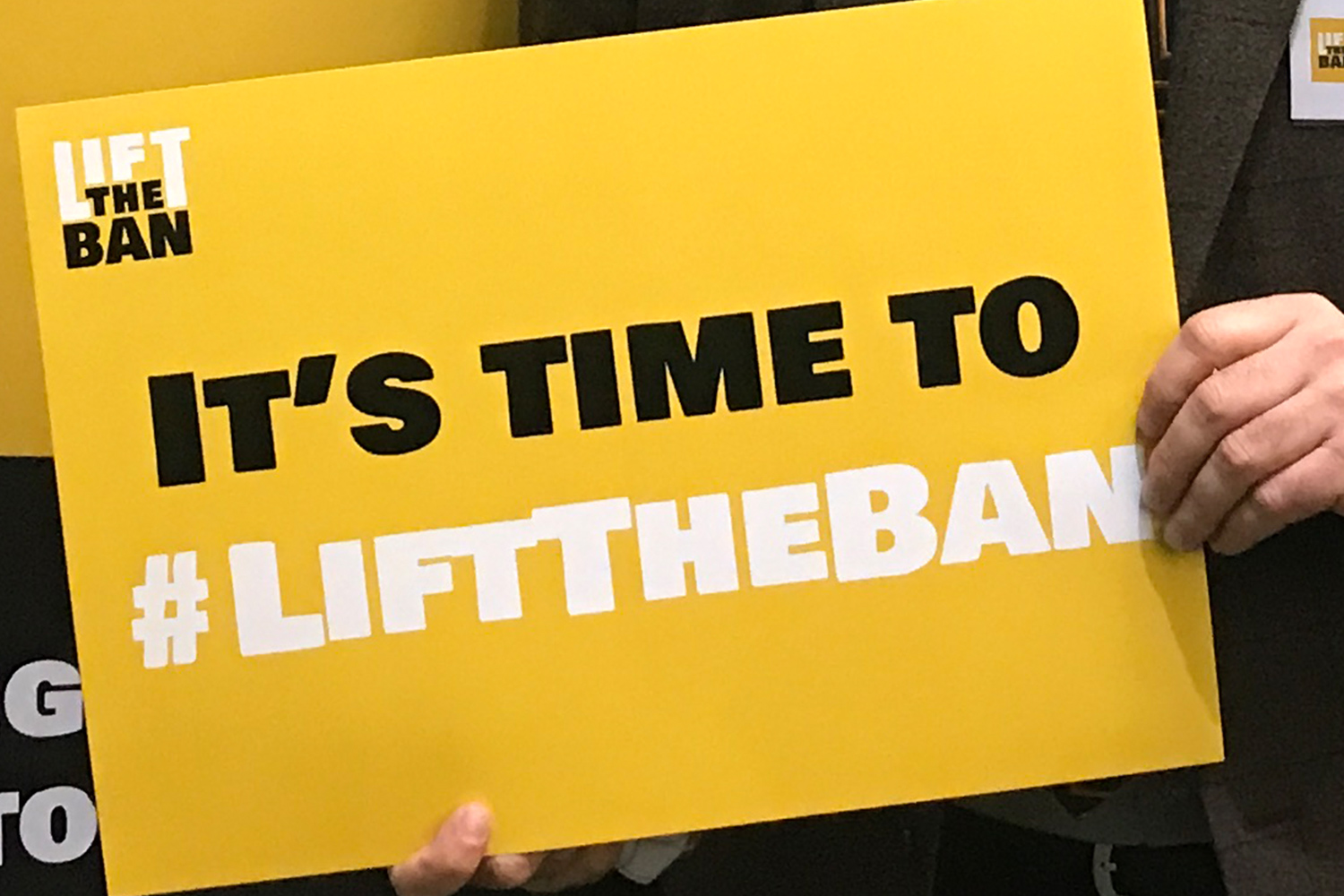 My aspirations and my dreams were put on hold as I dealt with my asylum claim because I was not allowed to work.

It took my sister and I two years to get refugee status in the UK.

I claimed asylum when I was 19 when I knew that going back to my home-country of Gambia was not a safe option. I was forced to hide and cut all ties with my family, following years of abuse and a forced marriage.

My sister and I lived through two years of limbo, not knowing if our asylum claim would be accepted and not knowing where anything was heading.

We were broke, we were not allowed to work, we didn’t have any money, we didn’t know where we will live or where our next meal was going to come from. We were very depressed.

But one day, only a few months ago, my life totally changed.

One minute, you are depressed and you can’t do anything and then next minute, you are happy, you make friends, you finally feel like a normal person again, because you are allowed to work and study; and afford the basic things you were deprived of for years.

The first thing we did when we found out that we got status, was apply for a National Insurance Number, because we wanted to work.

We wanted to work straight away because we were here on our own and if we didn’t take care of ourselves, no one would.

We applied to over one hundred jobs, including cleaning jobs, jobs in supermarkets, warehouses – anything we can find that would help us finally start to work.

I was lucky that within two months of getting status, I found work as a customer service adviser at a firm.

I also got accepted into university to do a degree in IT. And since then, I found another part-time job at a restaurant.

From the first salary we earned, we could afford to start paying rent and live like normal people again.

I was excited and nervous at the same time. There are times when I still don’t believe that I actually have status, a job and university education.

I felt so conditioned during the asylum process that I started thinking that I will never be able to do anything again.

Being banned from work forces people to rely on support. A few months after claiming asylum, Refugee Action helped us apply for support and a few months later we were given accommodation and £36.95 per week.

This meant that we had to live on £5 a day, which was very little. Because of this, we couldn’t afford to do many things – all the money went on food. We couldn’t even afford a bus pass. It was a struggle.

Because we had to ration our money, we stopped leaving the house. I tried to teach myself how to play the guitar and sometimes I would walk to the library to read some books. But that was it- other times, I would just sit there starring out of the window for hours. I was very depressed.

My education was put on hold for two years as I dealt with my asylum claim. All my aspirations and all my dreams were put on hold, just because I was not allowed to work. But I couldn’t afford to pay for university – it was impossible.

I think if I was allowed to work, I would not have been so depressed. I would have been able to take care of myself more and pursue my dreams.

I feel that I am in a much better place now. It was a very long journey to get here but I feel happy again.

I want to finish my education and get a job as a web developer or a web programmer. But my dream is to open my own media company, and take photographs at events, like at weddings and birthday parties, and do family portraits.

After getting status, I felt it was important for me to share my experience publically and give people a first-hand view into what it is like to be in the asylum system and be banned from working.

Giving people seeking asylum the chance to work would balance the situation they are going through in some way. It would allow them to feel human. I did not feel human at the time just because I couldn’t afford my wants or even my basic needs.

So, I ask the Government to lift the ban on work for people seeking asylum and give them a chance to live a better life while they wait to hear word on their asylum claim.