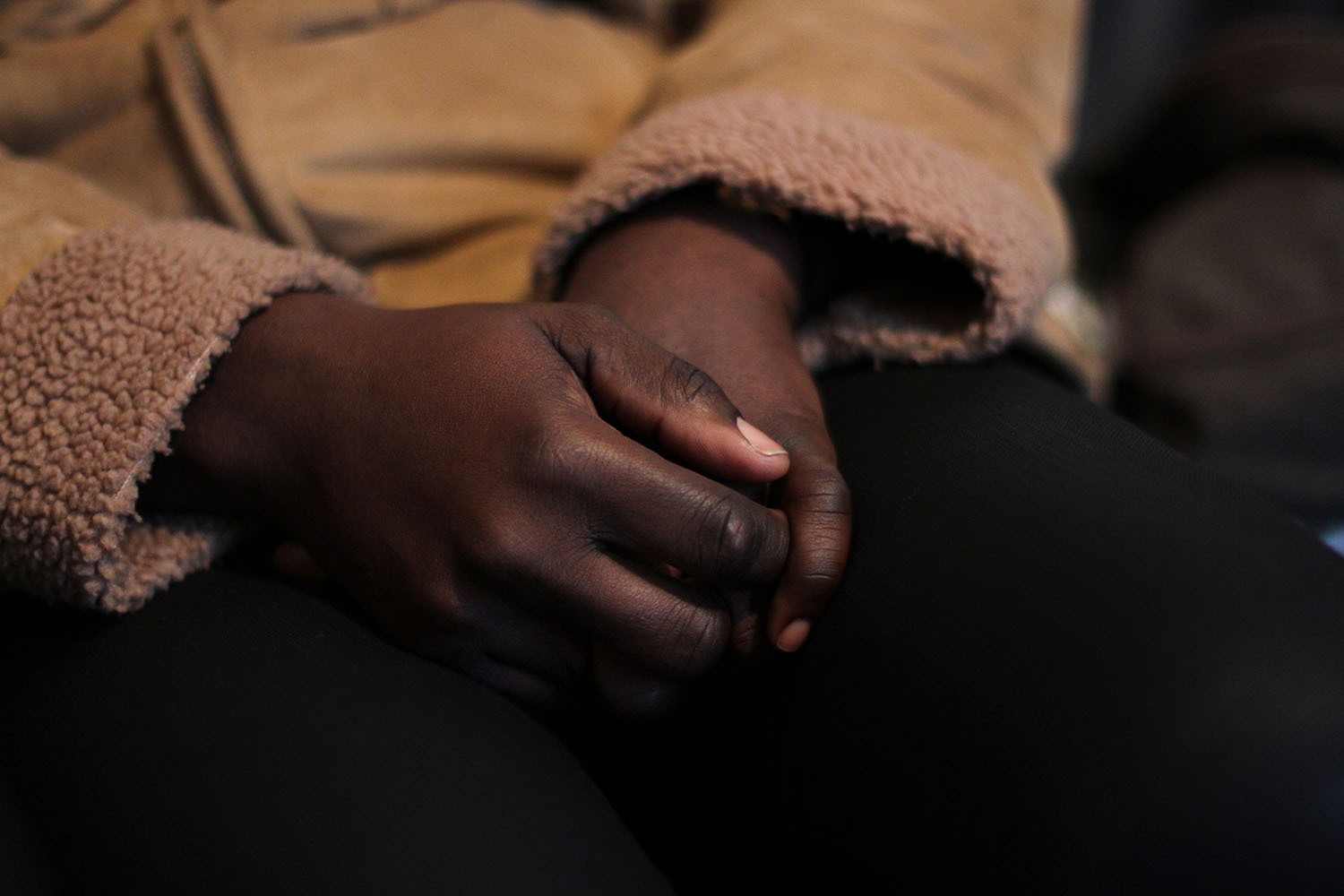 When Machozi arrived in Britain from a refugee camp in Burundi, she was determined to learn English so she could communicate with her new neighbours, her children’s teachers and doctors.

Machozi is from the Democratic Republic of Congo. But she was forced to flee her home after her husband, a politician, was arrested and killed. She then heard soldiers were looking for her and her children.

After war broke out, she moved the family to Burundi. She now lives with three of her seven children, aged 22, 16 and 13, in the north west of England. She says they are doing well at college and school. Three of her older children also live in Britain and her eldest son lives in South Africa with his family.

In DRC, Machozi worked as a small time trader, known in Swahili as uchuuzi– trading small items and food with friends and neighbours to provide a little money for her family. She spoke no English when she arrived in the UK.

“My husband died so it is just me and the children,” she says. “Life in DRC was very difficult. I did not have time to learn English, or anything else, we were struggling to survive.

“When we came to Britain, I really wanted to learn English. It’s so important to be able to communicate with neighbours, to speak to my children’s teachers, and when I go for hospital appointments.”

Machozi had to wait 11 months to start English lessons at her local college. She is now going to classes one day a week, she says: “My English is not very good, I would like to have more lessons.

“Everything is difficult when you don’t understand English. It’s a problem everywhere, when I’m trying to talk to neighbours, when I go to the hospital; I cannot express myself to anyone. It’s difficult all of the time. Sometimes I feel lonely and it’s difficult to make friends.”

Refugee Action organised for a volunteer to visit Machozi’s home and help her practice conversational English. “When she stopped coming I cried,” she says, explaining how much she relied on these sessions for company during the day and feeling like she was making progress with learning English.

Machozi says she is happy to be in Britain, although she has some health problems.

“My children are all going to school, I feel safe, the security here is good and we have food,” she adds.