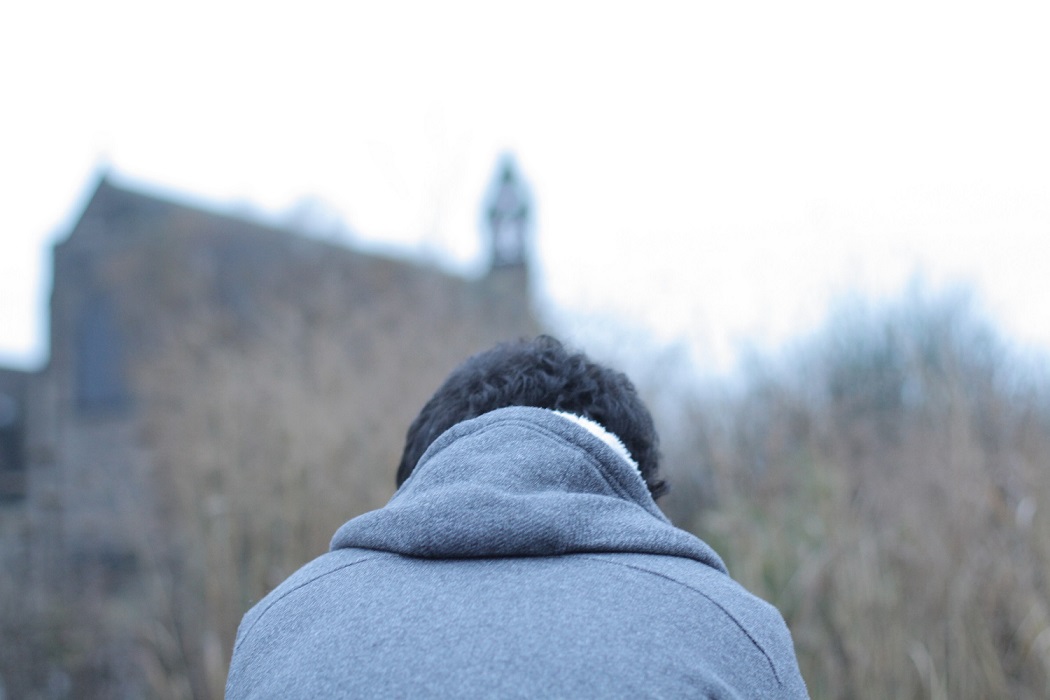 In Syria, Mahmoud was a successful tradesman, living happily with his wife and four children in a big house in the country’s capital, Damascus. War forced him to flee, leaving everything behind in search of safety. Now he is trying to rebuild his life in the UK, but, unable to speak the language, it has been difficult for Mahmoud to keep a roof over his head and everyday tasks like buying food or taking the bus seem mountainous.

Quiet and unassuming, Mahmoud remembers life in Syria before the conflict broke out, “I really loved life back home; everything was very fast paced and things were happening all the time,” he says, “There was a routine and every day I would go to work but on Fridays, which is when the weekend starts in Syria, we would go for big picnics. People in Damascus are famous for that. ”

“Sometimes we’d go and discover new places in the countryside or we would go to someone’s villa and have a barbeque. All the family would be there – around 30 to 50 people – including uncles, aunts; first, second and third generations.”

The son of a successful printer, Mahmoud had started out his career as a skilled graphic designer before setting up his own business, trading in computers and then appliances including fridges and washing machines. “Damascus is well known for its successful tradesman,” explains Mahmoud, “there is a culture there that when someone wants to start their own business, other tradesmen will rally round to support them until they are set up.”

However, when the conflict began to grip the country, things became increasingly difficult for Mahmoud and his family. For a while they moved out of Damascus but everywhere they went, the conflict followed. “With cities erupting against the regime, airstrikes started; bombarding and wiping out cities, so we decided to head back to Damascus” says Mahmoud, “I stayed there for a year without any job because of what was going on. The house had started to get crowded as more and more family came for shelter. The floor that I used to live on with my wife now had three families in it.”

When the conflict reached the heart of Damascus and airstrikes began near the family home Mahmoud decided that it was time to leave. The family fled to Lebanon where they lived for two years in terrible conditions before Mahmoud decided he would try and make the journey to safety in Europe.

Mahmoud began his odyssey in Turkey where, like so many, he was smuggled on a rubber boat to Greece. “We barely made it,” he says, “the boat sank and many people drowned”. Mahmoud made it to a deserted island in Greece where he was picked up by another boat. From Greece he travelled to Macedonia and on to Hungary where he narrowly avoided the authorities; sleeping in woods for 12 hours before paying an agent to take him to the Austrian border. Once in Austria, Mahmoud was arrested by the Austrian police who arranged to deport him to Germany. Mahmoud escaped and eventually got himself on a flight to the UK, arriving in September 2015.

Mahmoud remembers, “When we were in Vienna the people were quite welcoming and warm and Vienna is of course a beautiful city, but the Austrian authorities claimed that they could not accept more refugees in Austria. So I decided to come to the UK.  I expected it to be even better; like heaven – clean streets and the people will all be so nice but I was quite shocked.”

Arriving as an asylum seeker, Mahmoud waited six months before he was granted refugee status and the right to remain in the UK, but not being able to speak the language made life incredibly tough and left him feeling scared and isolated. Mahmoud explains, “I asked for an interpreter at my screening interview, because I can’t speak good English, but they wouldn’t provide one for me at first. They put me in a cold room and every so often someone would come in and say ‘we’re going to deport you back to Hungary or Syria.’”

Asylum seekers are not eligible for formal English language courses but, desperate to learn English, Mahmoud found a course run by volunteers at a church in Manchester, travelling two hours to attend. However, as he explains, “because these were informal classes, they would often stop after a short period of time because of lack of support.” Undeterred, Mahmoud, has tried to learn online – watching YouTube videos – but even this is difficult because of the cost of data.

Frustratingly, things aren’t any easier now that Mahmoud has refugee status. “Nothing is different. Even when the job centre referred me to different colleges it didn’t work out because there weren’t enough places.”

When he tried to enrol at Salford College on an open day he was told that best case scenario he would be able to start on a course in September, but even then there might not be spaces.

Unable to access the support he needs to learn the language has left Mahmoud feeling depressed and frustrated. Worse still, it has meant that he is now facing homelessness because the hostels he has tried to find board at require a certain level of English before they will give a room to someone, and those that don’t have long waiting lists.

Even getting around the city can prove problematic. In Syria, people will often give their unused bus tickets to another passenger for them to use instead.  When Mahmoud tried to do the same here, he ran in difficulty. He explains, “Not being able to speak the language is like having a disability. Sometimes people misunderstand you and think you are expressing yourself negatively. One time I was getting off the bus because I decided to walk so I tried to give the person getting on the bus my ticket – but that person thought I was begging for money because I  was putting my hands in my pocket and reacted really badly.”

Despite all of this, Mahmoud has started volunteering at the Syrian grassroots community organisation, Rethink Rebuild, in an effort to improve his English and get his life on track, but he says, it is learning English that would truly transform his life.

Mahmoud says, “I feel like I’m living like a ghost because I cannot speak the language; it’s such a dream to be able to talk to people.”

“Being able to get onto a course would be a new life for me – it would mean I was reborn again; able to stand on up on my own two feet and do things for myself. I want to understand this new society I live in and start a new business.”

With special thanks to Rethink, Rebuild who shared Mahmoud’s story with us.