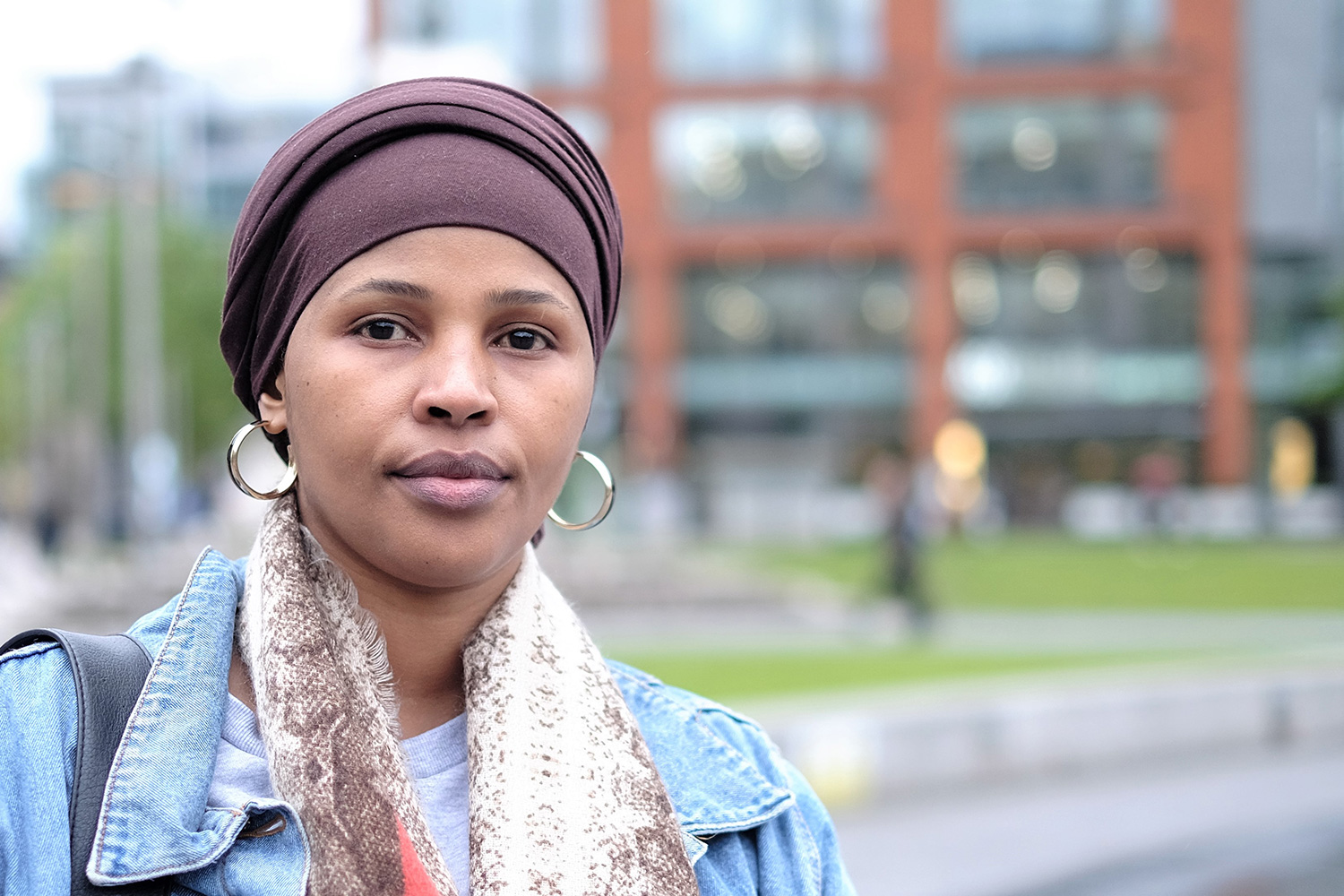 Mariyan is a lone mother fighting for her rights. She ended up in the UK three years ago, in a desperate search for safety after fleeing al-Shabaab’s reign of terror when they victimised her in the most violent and horrific way.

She was targeted for working in an admin role for the government, in Somalia, to support her young family.

Al-Shabaab is a violent jihadist group operating in East Africa. In their menacing black masks, they intimidated Mariyan with threatening messages, followed her every movement and even murdered her brother in front of her own eyes.

Al-Shabaab were deadly serious. Mariyan knew she had no choice but to escape if she wanted to live. This meant leaving her children behind in Somalia with her mother. She thought once she was safe, they would be able to join her. She never dreamed she would be apart from them for so long.

It’s been an agonising wait for Mariyan. Since her asylum interview – in which she was interrogated by the Home Office and the interpreter failed to relay everything she said – Mariyan has been waiting. Attempt after attempt to find out about her asylum claim has brought no update from the Home Office.

It’s been three years since Mariyan came to the UK. She is still alone without her children, and still without a decision on her asylum claim.

“Waiting has impacted me in many ways. Right now, I feel like I’m in prison. I think all the time. I think about my family back home,” she tells us. “Why they are holding me up for so long? We are just in the dark.”