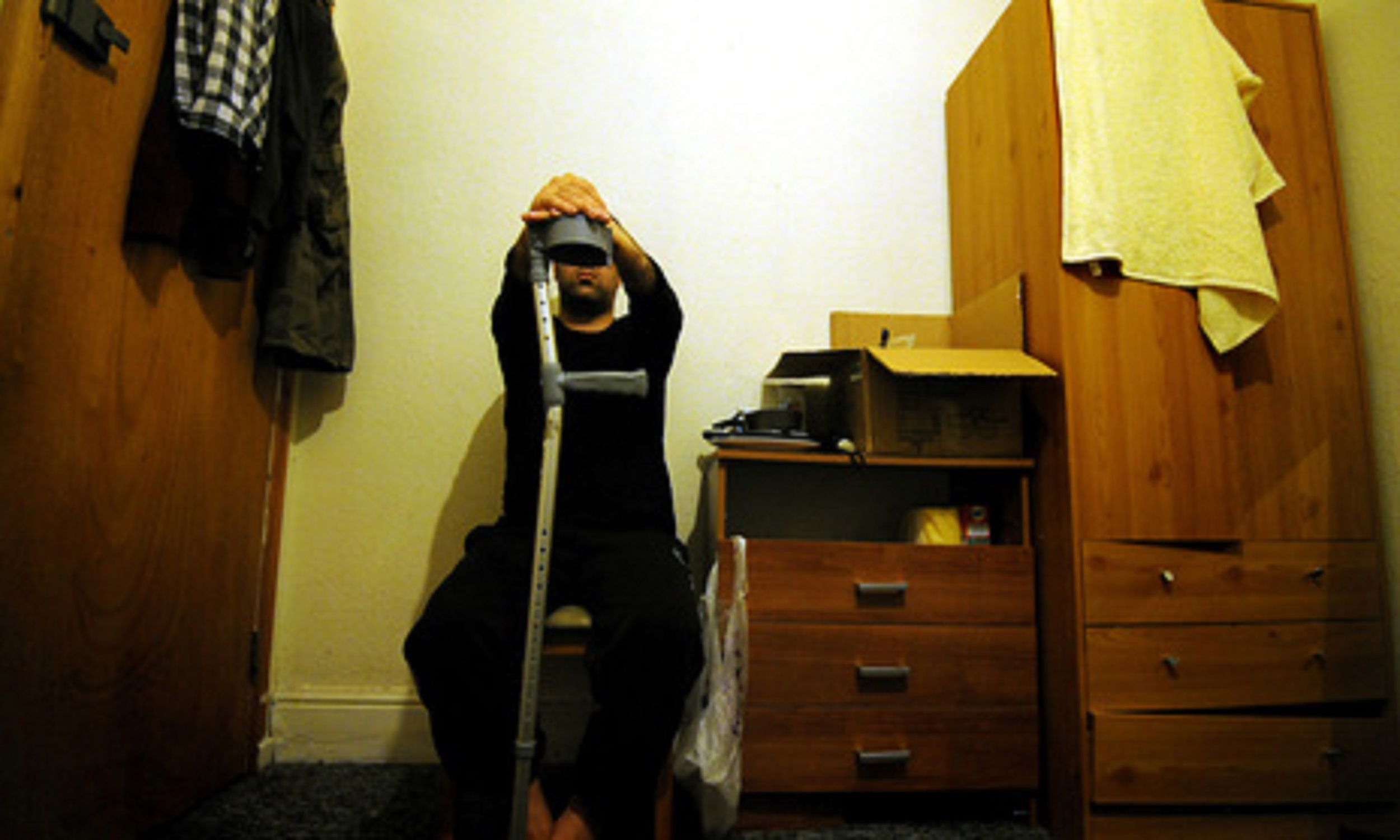 It’s autumn and evening is drawing in. As usual Mohammed is in his room. It’s small and the furniture is basic and battered. But he’s grateful to be sheltered. He could easily be on the streets.

Mohammed is recovering from a rare, debilitating illness that left him partially paralysed for several months. He walks slowly with the aid of a crutch. On the rare occasions he goes out, he wears special footwear and can’t walk far. His hands still shake.

Before he fled Iran, Mohammed was a car mechanic. His life was good until he fell in love with a married woman. Her husband was a basiji – a member of the basij, a paramilitary group under the control of Iran’s hard-line Revolutionary Guard. He found himself at their mercy.

Mohammed’s family began to have lots of problems. They were intimidated and harassed, and had problems with their neighbours. Mohammed, who was only 25, decided he needed to leave. He hoped his family would then be left alone.

Mohammed had friends in the UK and thought he would be safe here. His journey was long and broken. Sometimes he walked. Other times he travelled with groups or in lorries. When he arrived, his friends helped him claim asylum.

His first claim was rejected and he was told to gather more evidence. While doing so, his friends said they could no longer support him. He applied for accommodation and was moved to Liverpool. He knew no-one there and struggled with loneliness.

In December, just before Christmas, Mohammed was visiting some friends in Birmingham. During the trip he started shaking. Suddenly he couldn’t move his hands and feet properly. He was so ill that he collapsed and was taken to hospital, where he stayed for four and half months.

For two months, Mohammed could hardly move. One side of his body was paralysed. Then, slowly, some feeling came back. Little by little he began to move his limbs. Eventually he was able to leave the hospital, and was discharged to a care home.

After several months, he was told to leave the care home and return to Liverpool. But Mohammed was desperate to stay in Birmingham. He couldn’t walk properly, let alone do things like carry shopping. But as an asylum seeker he had no choice – he had to leave, or he’d be left homeless.

That’s when Refugee Action stepped in. We helped Mohammed apply for a room in Birmingham, arguing that he needed the support of his friends and medical team. We also made sure his new room was suitable for his health needs

“I can’t go outside,” Mohammed explains. “I can’t walk around the area”. He’s still working on gathering evidence for a new asylum claim. He’s reliant on his friends, but – as he’s living on a pre-paid Azure card – he can’t even take the bus to visit them.

Despite this, he’s still positive and hopeful. “I am getting better and stronger,” he says. “I would like to be a car mechanic again if possible. Without Refugee Action, who knows where I would be.