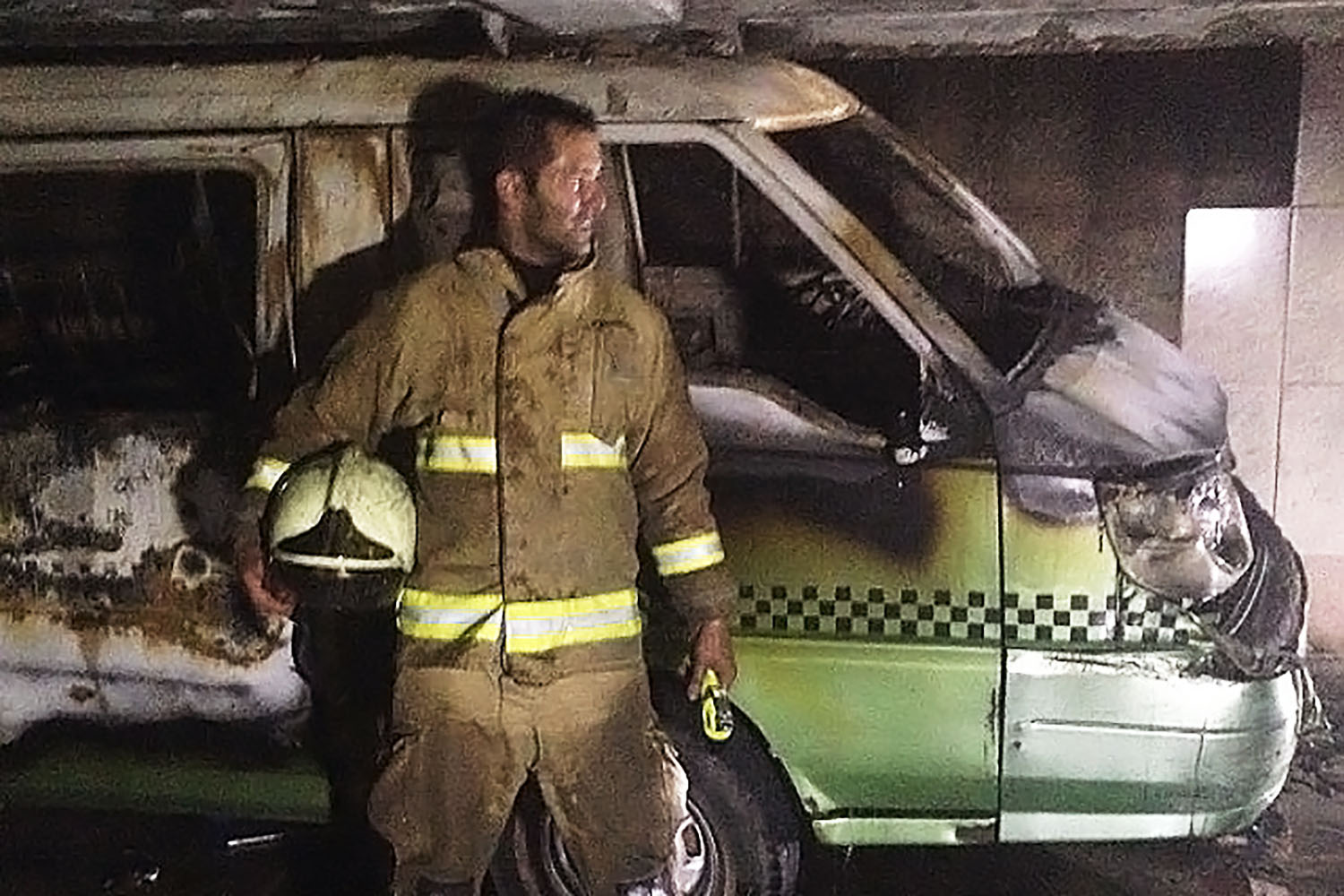 When he lived in Tehran, Mohsen worked as a firefighter, surrounded by a close-knit group of friends, colleagues and family. He was forced to flee Iran after converting to Christianity and now lives in Bradford with his wife, Sara, and their two-year-old son.

After training and a decade working in a job he loves, Mohsen desperately wants to get back to saving lives. But instead since the family arrived in Britain in July 2016, they have faced destitution and homelessness, and relied on help from charities including Refugee Action.

“I miss my friends and family, my job and the life I had,” Mohsen says. “But there are two main advantages of living in the UK – having freedom and safety.

“I had to leave Tehran because my life was in danger. It was a difficult and horrible experience having to make that journey. No one can imagine what it’s like being forced to leave your home, fearful for your life, unless they’ve been through it. People are not treated well on these journeys.”

The family now has refugee status, but life has been very tough since they arrived. An error in their documents meant their housing and the support they’re entitled to have been delayed.

Refugee Action has helped the family to apply for the support they’re entitled to and in their correspondence with the Home Office to address the error in their documents.

The family attends a weekly support group run by the charity, which aims to reduce isolation and give parents the opportunity to socialise while their children play in a safe environment.

When they first arrived, Refugee Action carried out a family assessment and referred their son to a local children’s centre and nursery. They received a push chair and toys, and were supported to connect with their local community.

Mohsen and Sara are determined to learn English so that they can start to rebuild their lives. “I spoke a little bit of English when I first arrived. It was to the standard level that we are taught in Iranian schools. I know I need to improve my English,” Mohsen says. “But up until now there has been no help for us to learn.

“When I was in my country I was a firefighter, a job I worked very hard to get. For nearly 10 years my job was saving lives and extinguishing fires. Now I’m here I want to have the same job if I’m able to. I know I need to improve my language in order to do so.”

On his last visit to the Job Centre, Mohsen said that his adviser told him that he will finally be able to access ESOL (English for speakers of other languages) classes after more than six months living in Britain.

“Learning English is always good and helpful for people like me who have refugee status but also for people who claim asylum here who are waiting for their decision,” he says. “Learning English is very good for refugees’ futures – for them to live and settle down, find a job and pay tax. Being able to access English lessons is the starting point so that people can improve their lives.”

Mohsen believes that if he had been able to access ESOL lessons sooner he would be closer to joining the UK fire service. He has already been in contact with the fire service in Yorkshire, which has advised him about the English qualification he’ll need to apply.

“Learning the language is vital to attaining my goals,” he adds.