Need a boost? Nima’s Great Manchester Run story will get you moving 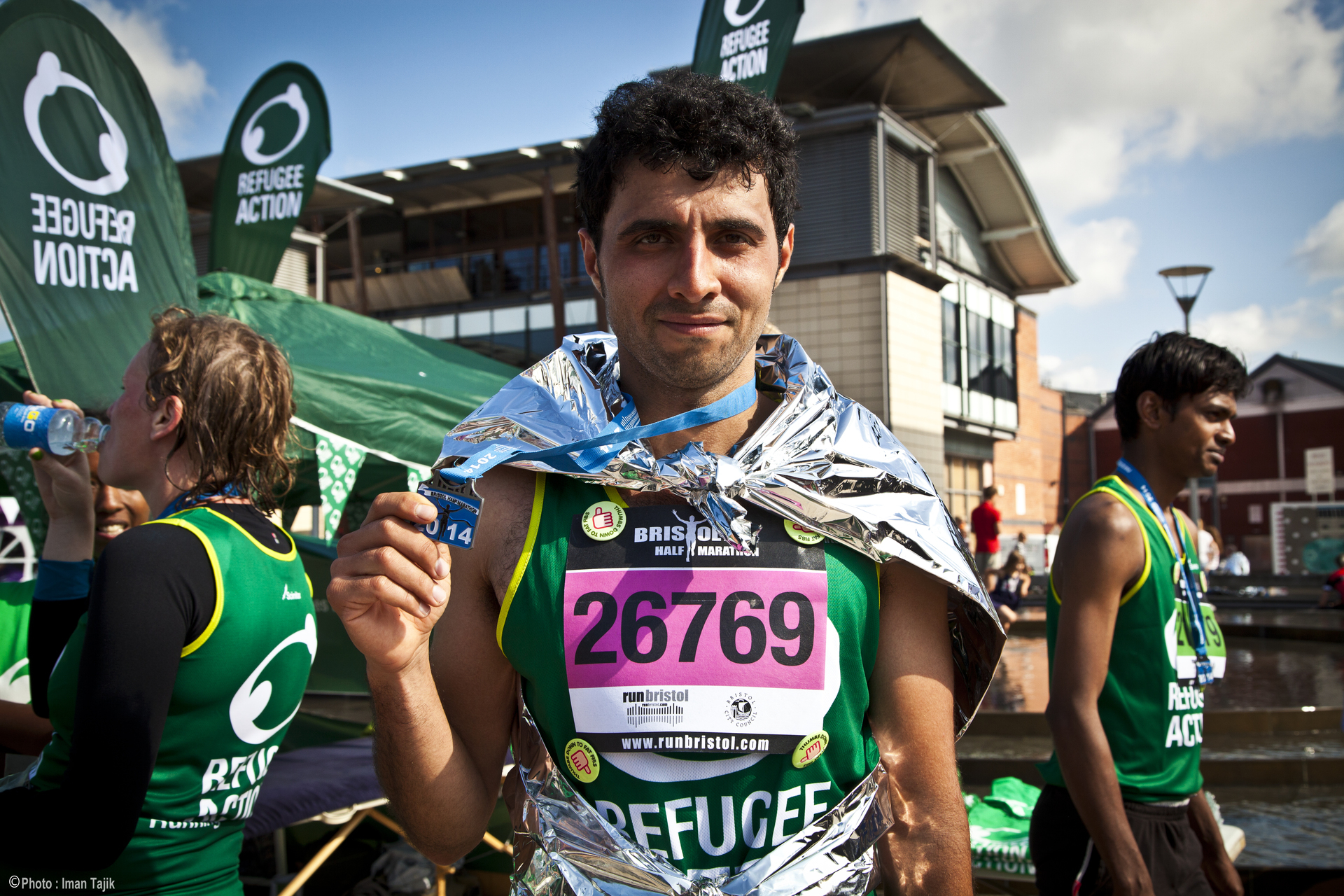 Nima, a refugee from Iran, ran the Great Manchester Run and Bristol Half Marathon for Refugee Action.

Now he’s sharing his story to get more people running for refugees.

Good runs happen when you least expect it, and sometimes when you most need it!  For me it was both!

As I sat on my bed bored stiff – I figure it’s about as appropriate time as any to put down some thoughts and reflections on what brought me here crouching uselessly in my little world. There must be something out there to help me out of this aimlessness.  I have to do something; I have to run.  Yes!  I have to run out of this boredom.

These thoughts and the mighty Internet led me into the Refugee Action office in Manchester; where I had the opportunity to get in touch with the nice people of Refugee Action, who help refugees and asylum seekers to build a better life and get over the traumatic difficulties of their past.

I was introduced to a series of activities including the Manchester 10K run.  This is it!  This is what I need! Cheering crowd, competitive atmosphere of thousands running together not only for the sake of running, but also for the charity that they are raising money for.  What can be better than that?

Training was really tough, however, rewarding.  When I registered for the run I could hardly finish 8K in not very good time, but I wanted to cross the finishing line and do it in an appropriate time.  I went through four weeks of intense training that made me ready for the race day.

Accompanied by a good friend of mine I went down to the town. The enthusiastic crowd was eagerly awaiting for their wave to be assembled and start off.  I joined them at the end of the line as I was in the green wave which was planned to start last.

The marshall fired the gun followed by a siren.  With the marshall’s gun fire we set off down the 10k track on one of the hottest day of the year on record, some runners fast and some others slow with anticipation of a tough end.

Seeing the Refugee Action staff Salma, Victoria, Kayleigh, Gemma and the others half way around the track cheering the runners was really encouraging.  Finally I could manage to cross the finishing line in 54 minutes 52 seconds, which was my best time ever.

After the race we met in a pub near by the finishing line chatting about the day.  That made me realise there is a world with lovely people out there out of my room.  People who help each other, run together and motivate themselves to go for even longer distance.  Thanks to everyone.

Inspired by Nima’s words?  Join Team Refugee Action for one of our upcoming challenges and events.