The next five years: let’s give refugees the support they deserve 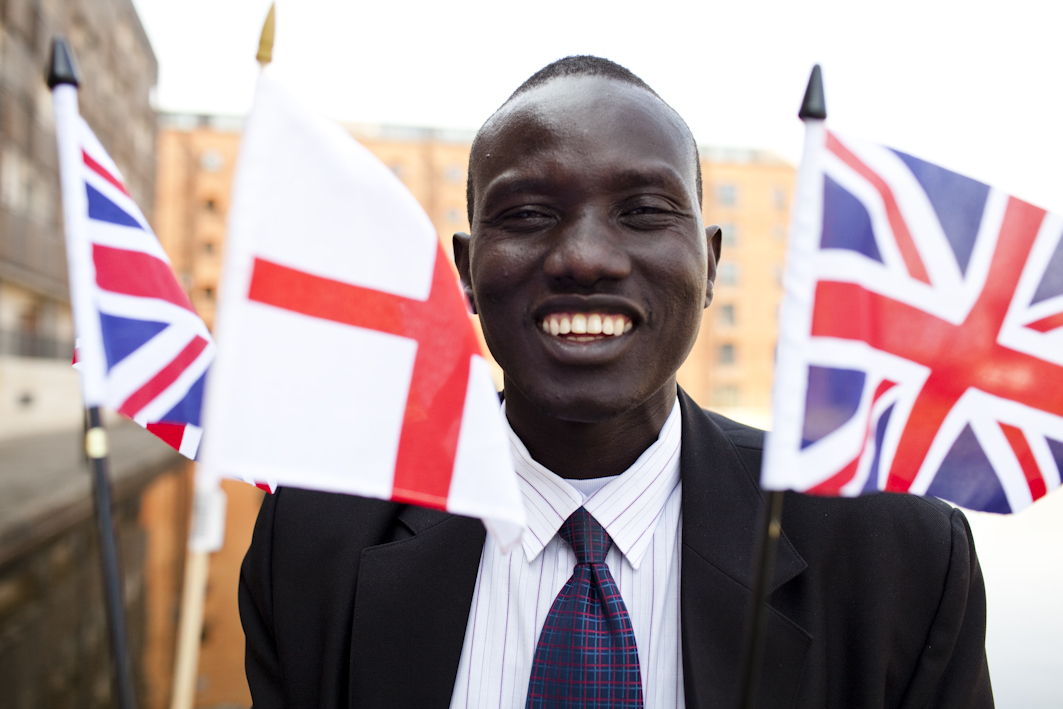 In just over six weeks, we’ll wake up to a new Parliament. What will this mean for the refugees that will come to Britain fleeing war and persecution over the next five years?

In just over six weeks, we’ll wake up to a new Parliament. Immigration will doubtless be a prominent and divisive issue in the run-up to the election. What does this mean for the refugees that will come to Britain fleeing war and persecution over the next five years? The warmth of the welcome they receive will depend mostly not on the election, but on what we do afterwards to engage public attitudes and secure political action.

There are four essential pillars of a fair asylum system. They’re simple. Asylum seekers need to be able to reach the UK legally; to receive a fair and quick hearing; to have the security of decent housing and income during that process; and finally in some cases to return home with dignity if they choose and are able to do so.

The first pillar is obvious, but most political parties neglect this. There has been little progress over the course of this Parliament enabling refugees to arrive legally in the UK, despite the huge need. Refugee Action is proud to play a leading role in the UNHCR Gateway protection programme, a government funded programme that along with some other smaller schemes enable nearly 1,000 people to arrive safely in the UK.

They’re the lucky minority. The vast majority of asylum seekers arrive here illegally, because they have no alternative. Britain must find new ways to enable those who need it most to seek asylum, perhaps working with other countries in Europe to develop a common approach. Labour has shown a greater openness to this, but no party has put forward clear solutions. The scale of the crises in Syria, Libya and elsewhere will make this essential for any incoming government.

The second pillar of a fair system is to enable all asylum seekers to receive a fair and quick hearing. It’s important to highlight that there is an apparent political consensus on this. All (I do mean all) of the parties vying for influence in the next Parliament have declared their commitment to a fair asylum system. The number of people claiming asylum in the UK is around a quarter of the level it was a decade ago, which has doubtless been a factor in this.

It’s rarely acknowledged, but the system has improved significantly in this Parliament. 41% of initial asylum requests are now approved, which is a very welcome increase since 2010. But there’s huge room for improvement. The system is still creaking and ruining the lives of too many who are trapped in poverty and homelessness by slow decisions or wronged by incorrect judgements. The backlog of decisions has been rising since 2010. Almost one in three asylum claims that are rejected are over-turned on appeal. Every time a first decision is wrong, the taxpayer pays the financial price and someone who has survived untold trauma suffers even more.

The third pillar is dignity: asylum seekers need sufficient support to enable them to live in dignity during their asylum process. This pillar has been crumbling during this Parliament. The last few years have seen some terrible indignities introduced. The housing regime is in crisis, as a result of the contracts awarded to G4S, Serco and others. In addition, two-thirds of the people we worked with over the past year successfully appealed against decisions to deny them asylum support. Many asylum seekers end up homeless as a result of these wrong decisions. For those in housing,research by Refugee Action found that nearly 40% of asylum seekers surveyed could not buy enough food to feed themselves or their families.

The final pillar is to allow asylum seekers and refugees to return home with dignity if they choose to do so. Many refugees will not be able to return, for instance to countries like Syria and Eritrea where there is tragically little prospect of a comprehensive end to repression and bloodshed in the short-term. But some will be able and choose to do so, as for instance when many Kosovans returned home after the war. These people should be given the support to consider their options and the chance to return with dignity, not penniless and alienated by their experience in the UK.

The outcome of the general election does matter of course. But it matters much less than you think. There is considerable consensus among the parties on the need for a fair asylum system. There is a lack of commitment to establishing safe routes to the UK in most cases, and uncertainty in other areas.

There are of course differences of view. Labour has criticised the present government for their unwillingness to host more Syrian refugees, and said that they would commission an independent inquiry into both Yarl’s Wood detention centre and into detention overall. I hope and believe there may be more to come on this before the election.

But the four pillars of a fair asylum system won’t feature in any detail in any manifesto, and the positions of the parties could shift dramatically over the course of the next Parliament.
So while some of us will track speeches and manifestos closely over the coming weeks, the real question is how supporters of a fair asylum system maximise influence in the next Parliament.

First, we need to navigate the choppy rapids of immigration policy, in which the asylum issue is inevitably muddled in the public mind. We can do so in two ways. We must lend our voice to those who highlight the positive impacts of immigration, and seek to develop policy solutions that address the anxieties some people have over the impact of immigration on wages and services. But we must also make the moral case for an asylum policy that is shaped not by national interest or identity, but by compassion and support for human rights. One practical way we can advance both these issues at community level is through community cohesion programmes.

Second, it will be vital to demonstrate how reform can be achieved cost effectively. There’s no question that a coherent and fair asylum system can also be an affordable one. The detention system is one spectacular example of how the current system is both expensive and unfair. The cost of running the immigration estate in 2013/14 was £164.4m.

Third, we need to build much wider alliances for action to strengthen the four pillars. There’s much support to build on. Football clubs, local authorities, Church of England, Muslim Council of Britain, CBI, TUC, countless musicians, Oxfam, National Childbirth Trust, Northern Opera and many others have all spoken out on one or many of these issues during this Parliament.

The welcome we give to refugees to Britain during the next Parliament depends not on the outcome of the election, but on what happens once it is over. Whoever wins we need to impress on them, and on the public, that a fair and just asylum system is the right thing for Britain and the right thing for the asylum seekers that need our support and protection.

This blog was originally published by the Huffington Post UK.