Past campaign: Another Way to Safety for Refugees

By Refugee ActionNovember 4, 2016November 18th, 2016Past campaign
No Comments 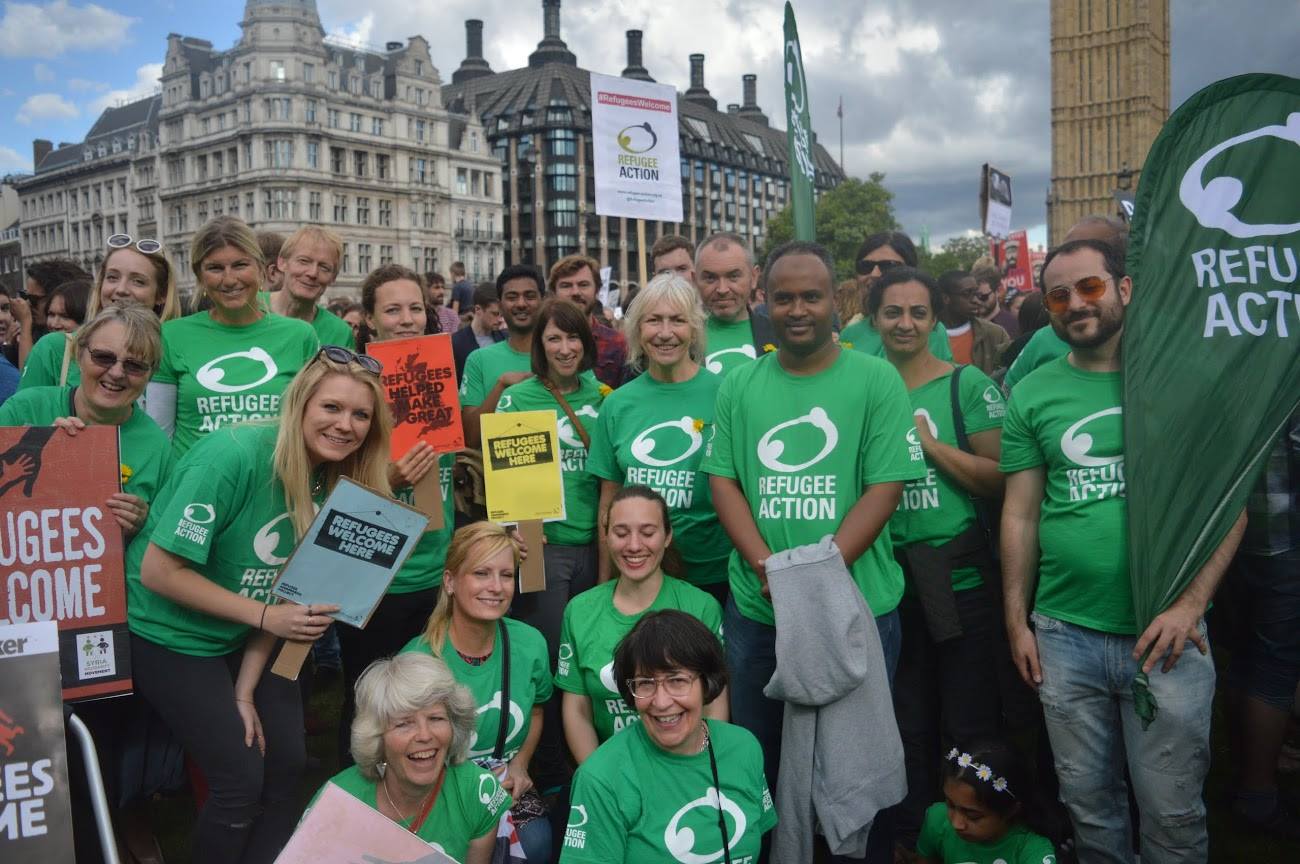 In spring 2015, the growing and appalling death toll of refugees in the Mediterranean Sea prompted Refugee Action to launch a new campaign: Another Way to Safety.

Thousands signed the campaign’s petition, calling on the UK government to create more safe routes for refugees to gain protection in Britain. Its strongest focus was on resettlement, as by 2015 the UK has only pledged to accept 500 Syrian refugees out of a global total of nearly four million.

As the campaign grew, we collaborated with many new and long-standing allies:

In September, we added our petition signatures to those of Citizens UK and other partners (including Save the Children, Amnesty International UK, 38 degrees and Avaaz). Together we presented parliament with an incredible 1.4 million actions taken across the UK in support of refugees.

A few days later, we joined a host of other organisations to show our and the public’s strong support for accepting refugees on the Solidarity with Refugees march in London.  Our chief executive addressed the rally at the end of the march, which was attended by over 100,000 people.

In response to this growing public and political clamour, the Prime Minister announced the UK would resettle 20,000 Syrian refugees by 2020 – a move which we and others warmly welcomed.

But the campaign didn’t stop there. Instead, our focus shifted to using our long experience of refugee resettlement to make sure the new Syrian Vulnerable Persons Resettlement scheme was a success. This work continues today.

If you want to help refugees who’ve fled Syria, you can: