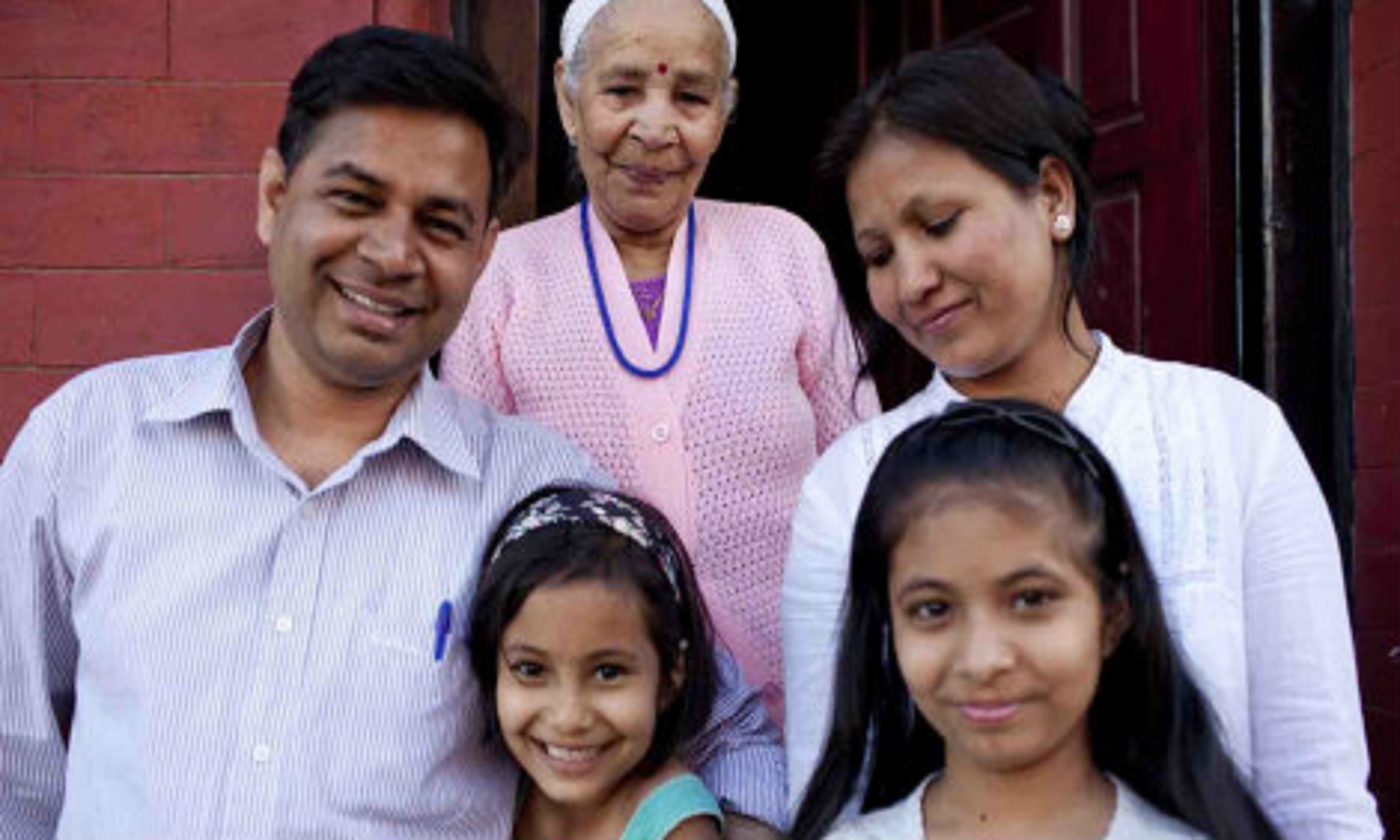 Prem was born in a small village in Bhutan. When he was thirteen, demonstrations in his country demanded human rights and democracy. The government responded by cracking down on dissent. They forced many families from minority groups – including Prem’s – to leave the country.

For eighteen years, Prem and his family lived in a refugee camp. “It was a miserable life, but we managed – we survived,” he remembers. He finished his education, then volunteered as a teacher in whilst studying for his Accountancy qualifications.

Despite his education, Prem had no status in Nepal and wasn’t allowed to work outside the camp. By this time he was married and had two young daughters. With no hope of a better future in Nepal, he decided to apply for resettlement. His family were accepted by UK.

When Prem’s family arrived, Refugee Action was there to welcome and support them. Eventually Prem became a volunteer himself, helping other new arrivals to settle in to UK life. He also established a community association for other Bhutanese refugees in the UK.

Prem’s goal was always to build a better life for his family. At first, he hoped to resume his career as a teacher. He set about improving his English and gained a voluntary placement in a school. But he soon realised it would take him many years to learn enough English to manage a classroom.

He decided to pursue a career as an accountant instead. As his qualifications from Nepal did not count in the UK, he enrolled at university to begin the long process of retraining. It was a difficult time. “Every day was a challenge,” he remembers.

Once he was qualified, Prem’s search for work began. He applied for hundreds of jobs, but his lack of UK work experience held him back. So he passed his driving test and started visiting businesses in person. “I’m a determined person,” he said. “I make a plan and I keep to it”.

Eventually, Prem found a job – but it was a care home, not an accountancy firm, that took him on. He worked as many shifts as he could. The residents at the care home enjoyed his company. “Always, they talk to me about the war,” he said. “It’s very interesting”.

Between shifts, Prem kept on applying for accounting jobs. One day, the owner of an accountancy firm gave him a chance. If he would work for free for one week and prove his skills, he could have a job. Prem worked diligently and was hired after just a few days.

Not wanting to let down the care home, Prem spent several months working seven days a week. “I didn’t want to betray them, they hired me first,” he said. Eventually, he was able to cut down his shifts and spend some time with his wife and (now) three daughters. “I am very proud,” he says.

Today Prem’s family are separated across the world. His two brothers are resettled in USA. His older sister is still in Bhutan; a younger sister is in India. His wife’s parents live in Holland. One day, he still hopes he will be able to go back to Bhutan. “My dream is for Bhutan to become a model country in Southeast Asia for liberty, democracy and human rights”, he says.

Prem’s message for newly arrived refugees is this: “Life is challenging. It is difficult to achieve what you thought you would [in the UK]. Go step-by-step; do not lose your hope. One day you will achieve your target. That’s what I would say to newcomers”.