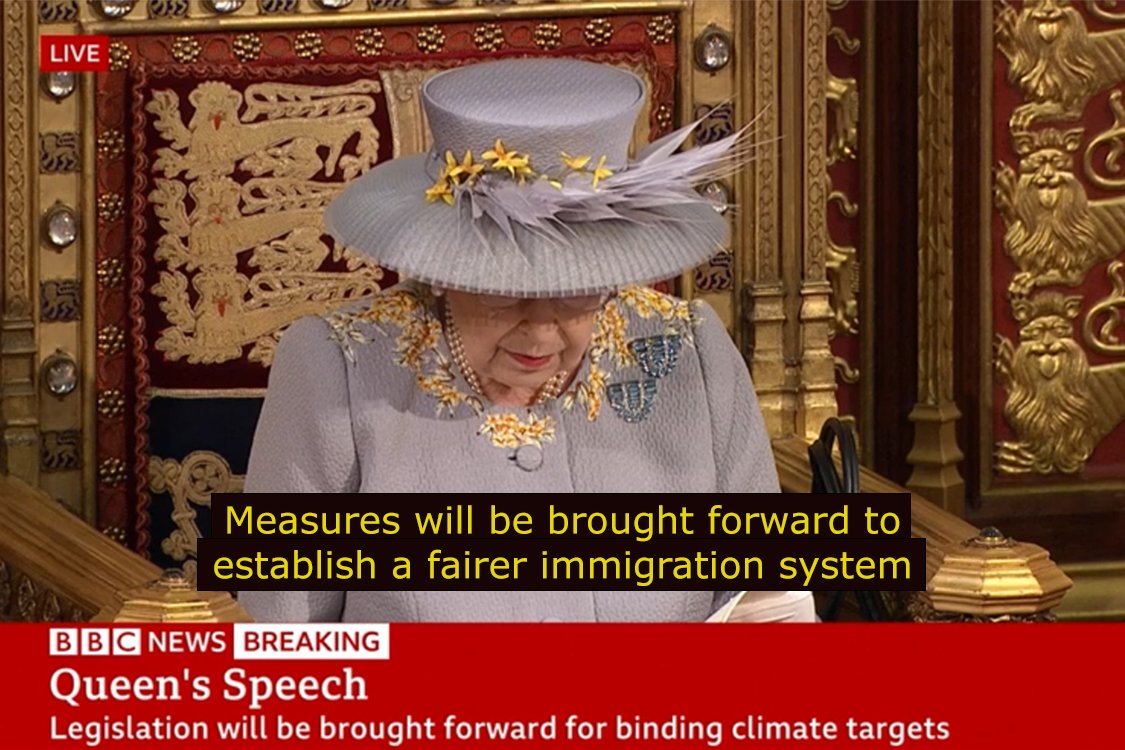 Refugee Action has said Government proposals to erode protection for people fleeing war and persecution are cruel and unworkable and likely to undermine its international and moral obligations.

Home Secretary Priti Patel’s intention to legislate on changes were announced in the Queen’s Speech on Tuesday 11 May.

Previously announced plans include weakening protection for refugees and building warehouse-style reception centres to accommodate people while they wait for a claim. Meanwhile, there is zero commitment to resettling refugees directly from war zones or oppressive governments.

The Government has decided to move forward with its intention to legislation despite a public consultation into the proposed changes – which over 200 organisations and almost 15,000 members of the public called a sham – finishing just five days ago.

“Priti Patel’s cruel, unworkable and potentially unlawful plans bulldoze the right to claim asylum and tear up our international and moral obligations to some of the world’s most vulnerable people.

“Safe routes for refugees to reach the UK alongside a fair and effective asylum system are needed to make sure we do our fair share to help people fleeing war and oppression. These plans create neither.

“The throwaway levels of protection, reception centres and other hostile policies outlined by Ministers are the result of decision making steeped in systemic racism and colonial thinking that racialises refugees and ignores their stories.

“Meanwhile, these plans do nothing to strengthen safe routes for people fleeing war and persecution. We were once a world leader but now have failed to commit to resettling a single refugee.

“Ministers must go back to the drawing board to design a system in which those who seek protection can arrive safely, have their claim handled swiftly, accurately and fairly, live in dignity while they wait, work to provide for themselves and their family, and get support to build new lives with their local community.”