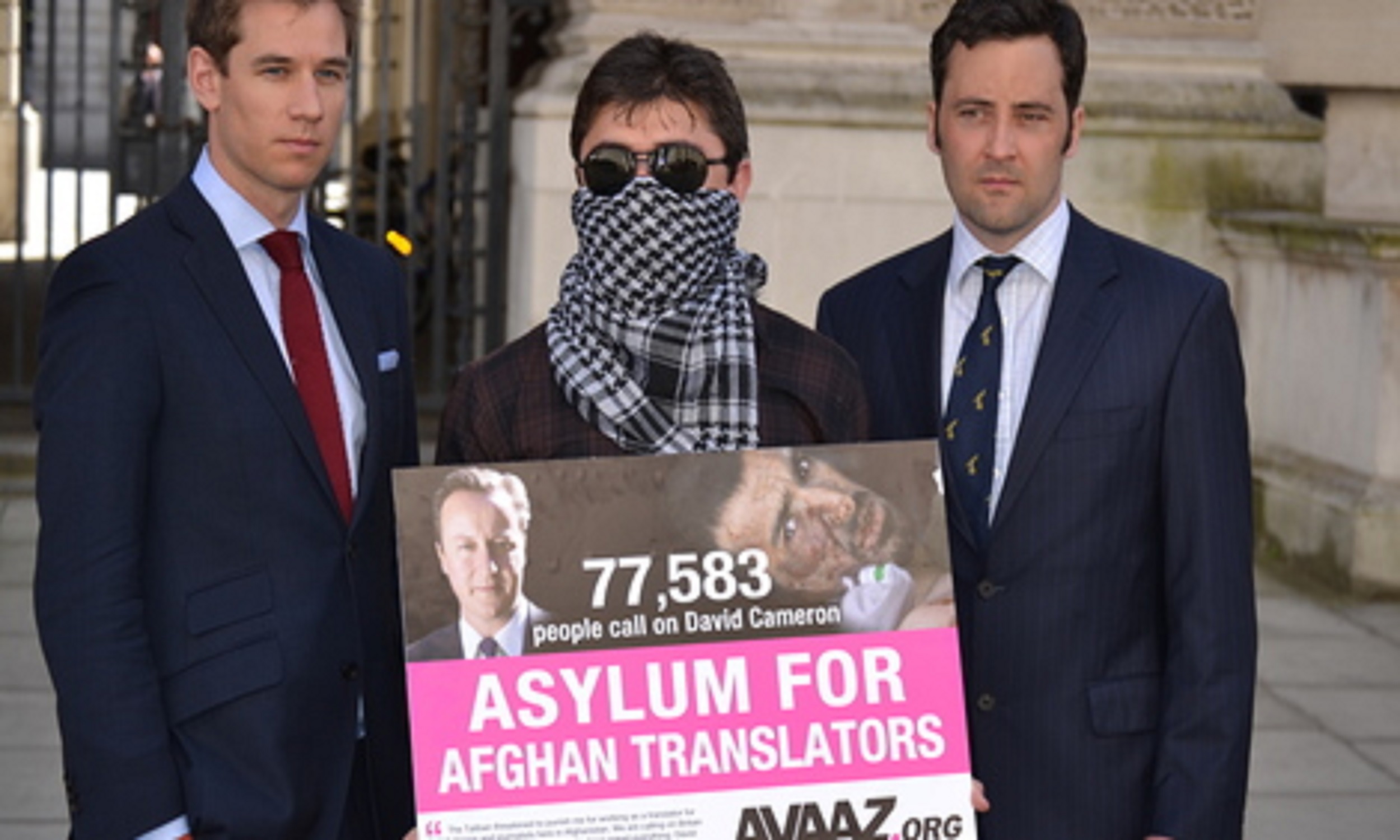 My name is Rafi. I am 26 years old. In Afghanistan, I worked on the frontline with British forces as an interpreter. But when I sought safety in the UK, my initial asylum claim was rejected by the UK Border Agency.

I started working with British troops in 2006. At this time my brother was embedded with the British forces in Helmand province. I decided to follow in his footsteps. We toured with the forces engaged in mentoring and logistics and were deployed to various districts across the province. The job was very risky but I believed in what we were doing. We were fighting for our country and for the freedom of the Afghan people.

The dangers of being an interpreter for the British forces are no less than the dangers faced by British soldiers. Fortunately, my family were supportive and proud of the work that I was doing. Although they knew my job was dangerous, they believed in the same goal which was to help bring security and prosperity to Afghanistan. I ended my career with the British forces as an interpreter in 2011 after sustaining serious injuries from a roadside bomb. In June that year, I resigned from my job and fled the country to make my way to the UK after receiving death threats from the Taliban.

I travelled through Turkey, Italy and then from France to the UK. It was very difficult, and at times more dangerous than being in Helmand, but my dream was to secure a future for myself and my family in a safe country. When I first arrived in the UK, I met two police officers who shook my hand after I had introduced myself to them. They were very happy and proud to see someone who had served for the UK Government in Afghanistan. I expected to be welcomed as a hero and to be treated as a friend of the British people the same way that we welcomed the British forces in Afghanistan with open arms. However, my happiness was short-lived and the most difficult and devastating time of my life started.

In respect of my own application for asylum, I had to wait for 17 months to hear from the Home Office about what was going to happen to me. After all the waiting, they refused my claim for asylum on the grounds that they did not believe that I was Afghan because I could speak fluent English. They said that the wounds and scars that I have on my body were proof that I had been treated in a military hospital, but not that I had worked as an interpreter for the British forces.

It was only after the media took up my story that the UK Border Agency reviewed the decision and granted me refugee status. It is inhumane of the Home Office to treat any human being like this. All I want is safety for my family. I have been separated from them for two years now and just want us to be reunited so we can enjoy a brighter future together.

Since Rafi was granted status, he is now studying to be an accountant. He is currently waiting for a decision from the Home Office for his wife and three children to be relocated to the UK so that they can start to rebuild their lives together.