First-time refugee voter: My priorities for the next government 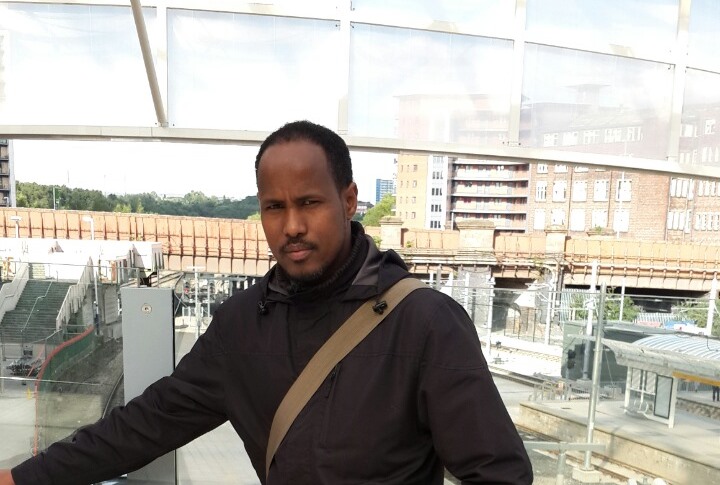 Britain has been my home for the past seven years, but this Thursday (8 June) will be the first time I’m able to vote in a General Election. Growing up in a refugee camp where we had no rights means that gaining British citizenship and being able to vote are precious freedoms for me.

My family is originally from Somalia. I don’t remember much about my life there – we had to leave our home when I was just six-years-old because of the civil war. We were a happy family, but the conflict tore us apart and we lived for 19 years in Dadaab refugee camp in Kenya. Life in the camp was tough. Refugees have no rights to move around freely or to work, we had to rely on food aid from the UN refugee agency and other NGOs. Thankfully I was able to get an education and a degree with support from a German scholarship programme and charities.

I felt excited and slightly apprehensive when we were told that we could move to Britain through the Gateway refugee resettlement programme. It was an opportunity to build a new life and I wanted everything to go well. I arrived with my mother, four brothers and two sisters to North West England in 2010.

After five years of residency I could apply for citizenship and I received my certificate in February last year. Britain has been where I’ve lived and worked for many years now, but having citizenship gives me a greater sense of belonging and certainty about my family’s future. Now I am officially part of society with the same rights to travel and live as other Brits.

I’m looking forward to voting in the General Election. Since gaining citizenship it is the first time in my life that I’ve had the right to vote so I’m taking it seriously.

My main priorities are service delivery to the people, ensuring the NHS and public transport services run well. Affordable housing is another issue that I think is very important. I know a lot of families affected by the recent benefits cap who cannot afford to pay the rent. I think that is something affecting a lot of people and the next government needs to look at it.

Based on my own experiences I would like to see the next government resettle more refugees and play a greater role in the global response to the refugee crisis. There are good things happening with people from Syria and other war-torn countries arriving through resettlement programmes. But with so many ongoing conflicts and families like mine forced to flee their homes, I think there is much more that Britain could be doing.

One thing that is often overlooked by politicians is the need for more support for refugees to integrate and be part of their new communities. It needs to be easier for people to be able to learn English. Language is one of the biggest barriers when someone moves here. If you don’t speak English it is difficult to be part of the local community.

When my family arrived we were supported by Refugee Action, which helped us access health services, English lessons and learn how things work in Britain. In my local area, I’ve been helping newly arrived refugees and people seeking asylum to integrate and access support by co-founding a community group called the Gateway Support Group. We help with reading letters and emails, we organise literacy and numeracy classes for adults, and a homework club and sports activities for children.

Personally I don’t feel represented by the main parties. I think many minority communities are overlooked, especially refugees. So much of the coverage about immigration is negative. There is so little about the advantages of immigration and what the country is getting out of it.

I know many refugees who arrive here with professional qualifications, such as doctors, nurses, engineers, lawyers and teachers. They want the chance to share their skills, contribute to the economy and piece their lives back together after experiencing extreme hardships.

It was hard coming to a new place, a new land with a different culture. It took a while for me to get a job so I did voluntary work to get experience of working in the UK. Eventually, after two years, I was able to get a job in a bank. I’m now assistant relationship manager in the commercial banking department of a high street bank.

Overall I think British people are very welcoming, but I worry that negative attitudes will take hold unless we have a more positive debate about immigration and its benefits. Already there are politicians and campaigns that try to influence people, but when it comes to it I think people are very supportive of refugees.

Ali Hirey is co-founder of the Gateway Support Group, a voluntary organisation for refugees and people seeking asylum.