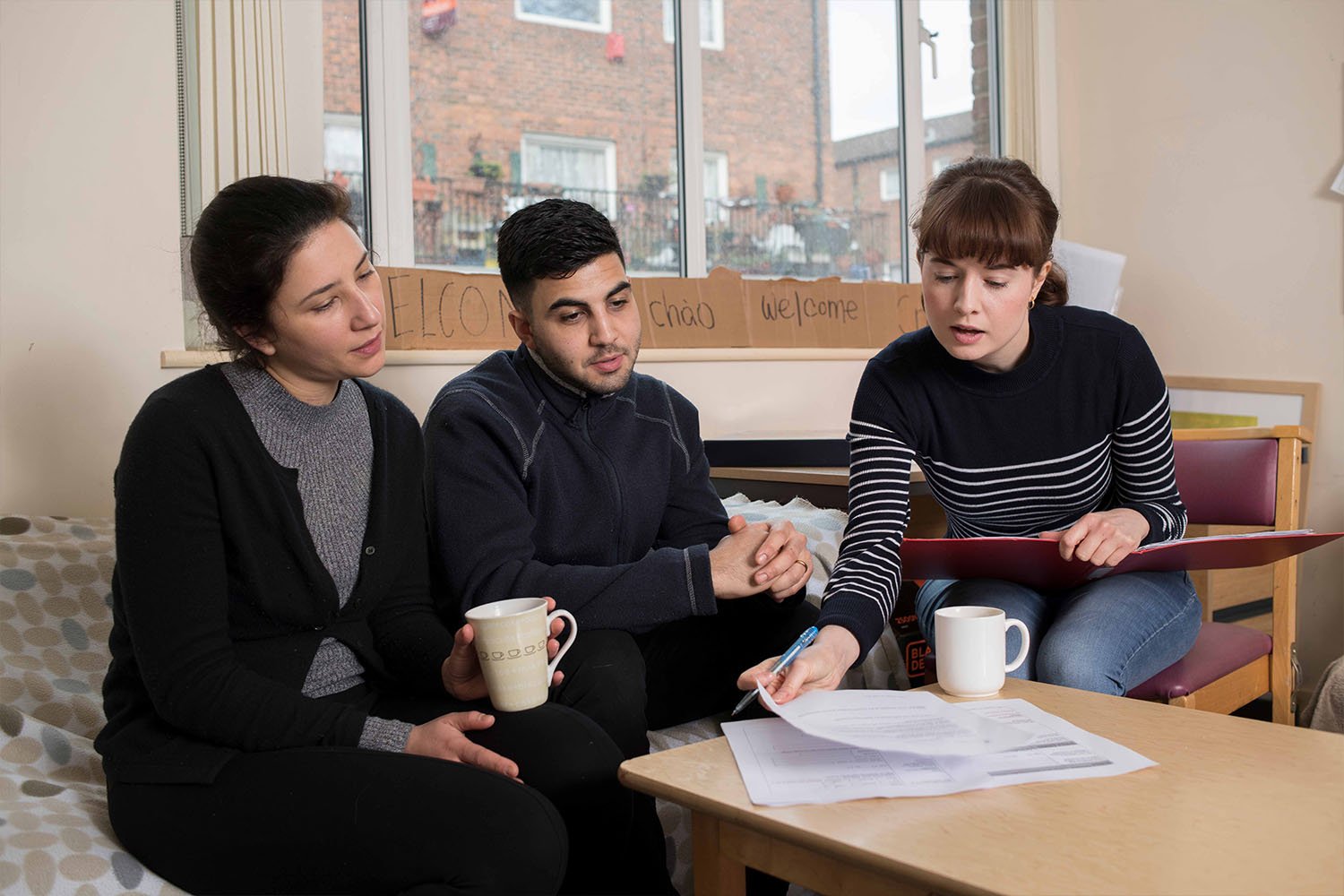 A groundbreaking report that maps legal aid provision for people seeking asylum across the UK has found that every region except London has a huge shortfall in access to free advice.

The report – No access to justice: how legal advice deserts fail refugees, migrants and our communities – found that many areas in the UK have no legal aid provision for people seeking asylum.

Some cities to which people seeking asylum are “dispersed” – including Plymouth, Stoke and Hull – have as few as one legal aid caseworker. A retirement or resignation could leave the city without a legal aid professional.

Swindon, another dispersal centre, has a provider with a legal aid contract, but cannot recruit a caseworker at all, meaning there is no provision in reality.

The shortfall has raised serious concerns about the ability of people seeking asylum to access legal advice before their claims are assessed by the Home Office, including those in detention who have received notice they could be deported to Rwanda.

The report also raises huge concerns about Government plans for “mandatory dispersal” of asylum seekers and the development of isolated “reception centres” such as the one earmarked for Linton on Ouse in North Yorkshire, policies announced by the Home Secretary alongside her Rwanda deal in April.

Local authority areas such as Cumbria, North Cheshire, Durham, Gloucestershire, Somerset, Surrey, West Sussex, Norfolk, Suffolk, Essex, and Lincolnshire among others have no provision at all, while there is a near total lack of legal aid professionals along the south coast, the report highlights.

Unaccompanied asylum-seeking children are already being sent to local authorities in areas where there are no legal aid solicitors.

The report also reveals there is no provision in North Yorkshire, where the reception centre in Linton on Ouse is being developed to accommodate people seeking asylum.

People in detention centres who are being considered for deportation to Rwanda also have little access to a legal aid solicitor.

Supply was measured by the average number of legal aid cases started each year over the past three years. The calculations found that:

Provision in Scotland and Northern Ireland is administered differently, where this is a much wider scope for immigration legal aid

However, the report shows a severe shortage of access in Northern Ireland, with only nine to 12 providers for the entire area. Scotland has good provision for asylum legal aid, but very limited provision for other types of immigration case, and almost no provision outside Glasgow.

The report found the lack of provision – as well as payment structures for legal aid cases – had a knock-on effect whereby legal aid firms could only afford to pick up more straightforward asylum cases, cases with a deadline, or cases that paid by the hour rather than by the job.

The deficit in legal aid provision means that people are either waiting much longer to get advice on their asylum claim – or they are going to their Home Office asylum interview or filling out pre-interview questionnaires without having legal advice, putting them at serious disadvantage.

The lack of access to justice is also concerning due to the growing number of people waiting for a decision on an initial asylum claim (which increased from 65,000 at the end 2020 to 100,500 at the end of 2021), and the high number of incorrect decisions. Almost 50 per cent of appeals against negative asylum decisions successful in 2021).

Compounding the deficit is the problems firms are having recruiting solicitors and accredited caseworkers for legal aid asylum cases, with those in many areas describing it as “impossible” or “almost impossible”, the report reveals.

The report sets out a number of recommendations the Government could follow to reduce advice deficits, including:

The research is based on interviews, group discussions, surveys, published statistics and Freedom of Information requests over a 14-month period.

“This is the first piece of research that looks at access to immigration and asylum legal advice across the whole UK, and it shows there’s a deficit in every region of England, Wales and Northern Ireland, and a deficit across the country as a whole.

“It means that people are missing out on refugee status or immigration status that they’re entitled to, and driving poverty and destitution in the UK as a result.

“It’s hugely concerning that accessing justice is so difficult at a time when the Government is tearing up its legal obligations to refugees.

“People who do not get advice are put at a huge disadvantage when their claim for asylum is being assessed.

“Too many errors are already made on asylum decisions. With refugees being sent to remote accommodation centres, 5000 miles away to Rwanda, or home to face violence and persecution, it’s vital they can get legal advice.”