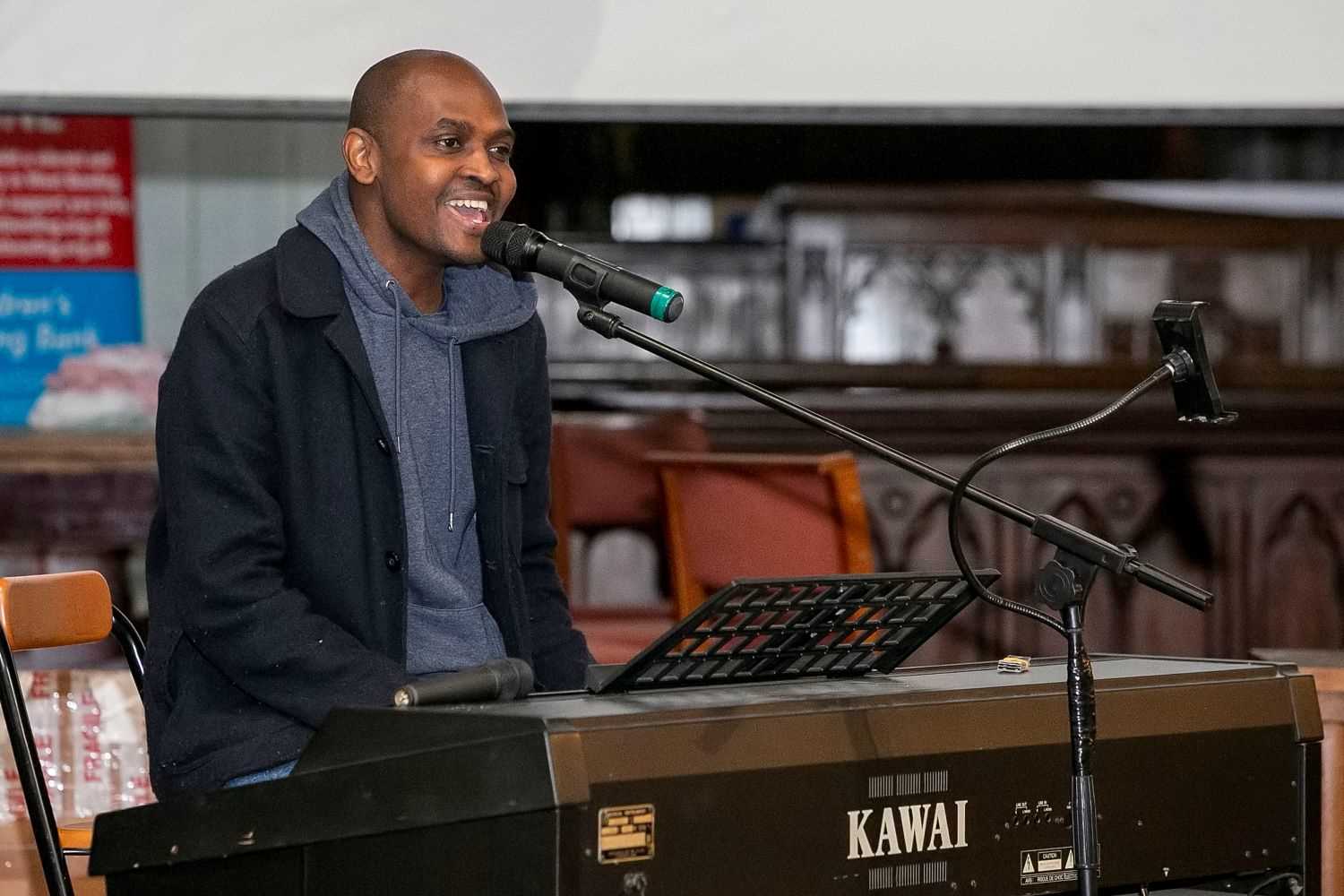 A BAND of refugees from Bradford has come together to release a song and music video to raise money for charity.

The single FREE is the culmination of a vision from Nigerian musician O.Phils – who wanted to bring hope through music – and features vocals from Refugee Action Voices.

The song has been two months in the making and it has brought people from many different cultures, religions and backgrounds all longing for peace, freedom and safety, to sing together: “I’m FREE.”

O.Phils – also known as Phillips Alayande – is a musician, Refugee Action volunteer and member of the Bradford-based Experts by Experience group, ‘BRAVE’. The project was supported by Refugee Action.

He has led a music session at a weekly Welcome group for refugees in Bradford, where the group sang the song and recorded together how to declare “I’m free” in many different languages.

FREE is now out for release and O.Phils and the Refugee Action Voices group will perform the song live at the Refugee Week Celebration event at Peel Park on Saturday 25th July.

All proceeds from the sale of the single will go towards Refugee Action’s work in Bradford.

It means too many people who are seeking safety are stuck in a system that can destroy their sense of self and ability to be ‘free’ and find a sense of hope.

“I wrote this song as a message of hope for everyone.  I know people are in some very difficult situations, and it can seem hopeless, but you are not alone.

“When we come together we can remind each other that when you are ‘free within, you are free indeed’.”

He added: “It all started during our regular meetings at the hotel for newly arrived asylum seekers.  In one of the sessions, a lady was crying, so upset about her situation, while a volunteer was speaking with her.

“The volunteer listened, shared her experiences too and encouraged her to be hopeful for tomorrow.  During the next session, the lady came back smiling and the song was written.

“This encouraged others at the session. They joined in to sing the song, their spirits were lifted, they left more joyful and happy.”

“In a week when we have seen the lengths this government will go with the Rwanda flights and electronic tagging, we have also seen the power of people to resist those measures.

“One of the greatest acts of resistance is to keep hope alive for one another. It has been so inspiring and healing to be apart of this project which has brought together people from all over the world, offering hope and support to one another through music.

“We must work together for freedom for all and singing together is a powerful way to encourage one another.”