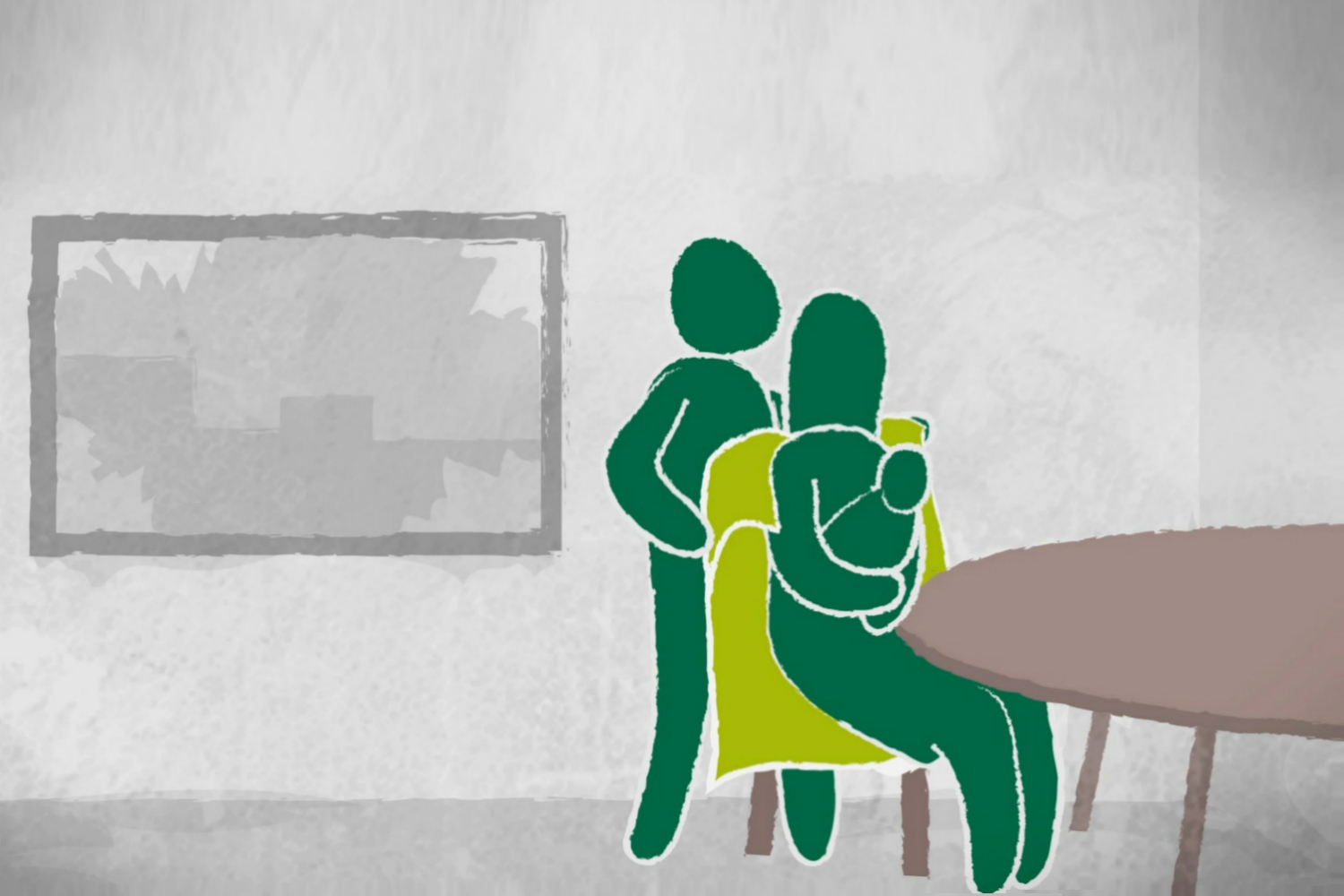 Sitting in the dining room with her infant in her arms and her husband by her side, Sarah could not look any happier. In the background, the sound of her seven other children could be heard playing.

But this could not be further from the truth.

Sarah and her family fled to Britain in 2015 seeking a safer life. Yet soon after their arrival, their savings ran out, leaving them in thousands of pounds of debt.

“We quickly became indebted to our landlord and the council” said Sarah. “We had to cut back on food and other necessities. It was a nightmare.”

The family could not return to their home country and applied for asylum.

They were also in desperate need for new accommodation as their landlord sold the property and the new owner served the family with an eviction notice, giving them less than two months to find a new place.

Yet, when they informed the Home Office about the eviction, they were told to apply for emergency accommodation a few days before the eviction date and that they would receive support on the same date.

“So two days before the eviction date, we packed everything thinking we were going to be moved straight away,” said Sarah “We called the number we were given but we were shocked to find out that it would take a week to process our application.”

To make matters worse for the family, they discovered that their flat had become infested with bedbugs and mould.

“The house was full of bedbugs and our baby, who was about four months at the time, had bites all over her body,” said Sarah’s husband, Abraham. “We had to sleep on the floor and use our clothes as bedding. Some of the children developed asthma because of the dampness. But we had nowhere else to go.”

After waiting patiently for a week, their application for emergency accommodation was rejected. They were told that their landlord still needed to apply to the County Court for a Possession Order before he can legally evict them and that if they left before that time, they would be making themselves intentionally homeless. They were also told that they had not applied for emergency accommodation at the screening, even though interview records show that they did.

“The Home Office also said that because we came to the country with some finances, they wanted to know how the money was spent,” said Abraham. “The little money we had was spent on feeding and taking care of our children. It is not like I was enjoying myself and spending the money in the casino.”

With the help of Refugee Action and a solicitor, the family applied again for emergency accommodation, citing the fact that their current accommodation was unsafe, statutorily overcrowded and that children were suffering with bites and asthma. This was once again refused for the same reasons.

The next day, another request was submitted which was subsequently approved.

The family had waited twenty-two days for this decision to come through.

“Our nightmare did not end there. We were moved four times, from one accommodation to the next, in different cities. And each time, they refused to tell us where we were being moved to. We felt like high-profile criminals,” said Sarah.

Fifty-two days after applying for more longer-term accommodation, known as section 95 support, the family was given further support. And even though things are starting to look more positive for the family, they say their ordeal has left them in distress.

“To me, it seems that the Home Office is not unified,” said Abraham. “They don’t have proper communication with each other. There is a breakdown somewhere. And the ones who suffer are people like us.”

The couple is still waiting for the outcome of their asylum claim.