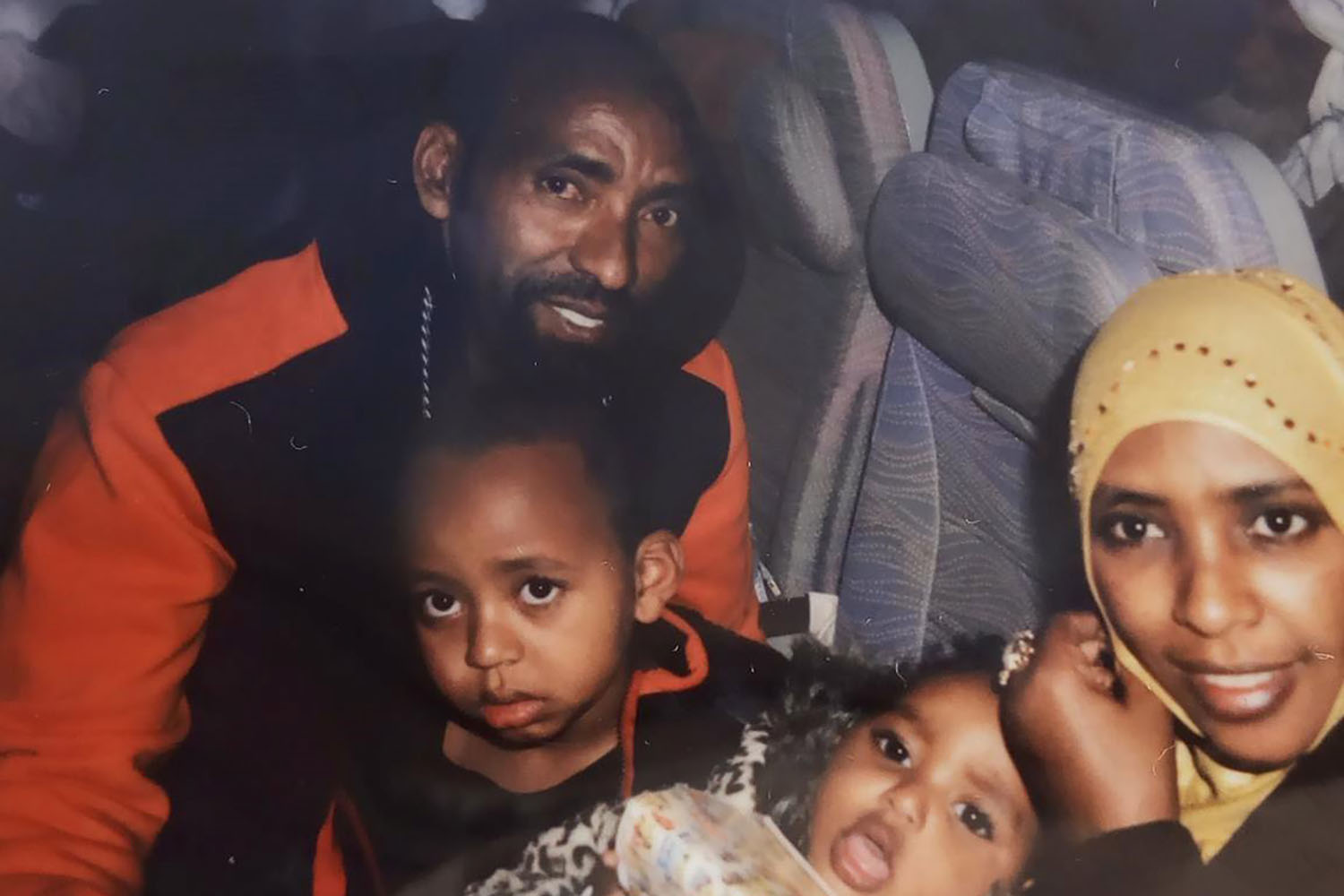 Siraje was studying mathematics at university in Ethiopia and planned to become a teacher. But he was forced to leave in 2002 before he was due to graduate when the ethnic group to which he belongs, the Oromo, faced persecution and gross human rights violations.

“I belong to the Oromo, the largest ethnic group in Ethiopia. This group was marginalised and discriminated against by the government. When I was at university, students were stepping up to protest against the mistreatment of this group,” he says.

“Many of my friends and colleagues were detained and some were killed. I managed to escape to Kenya, where I lived for 14 years.”

In Kenya, Siraje worked as an interpreter, an outreach officer and maths teacher, whatever jobs he could. He says: “I lived in Dadaab refugee camp. Live was hard, there were serious security problems in the camp and we did not have job opportunities. We were very dependent on what is provided by the UNHCR. This was why I moved to live in Nairobi.

“There were many challenges in Nairobi because of police harassment of refugees and future uncertainty. I was working, but we were not being paid equally because we didn’t have work permits. I could not get the opportunity to be formally employed. We were just surviving. I could not continue my education; I could only work odd jobs to keep my family alive.”

Siraje, his wife and their two children, aged five and one, are now living in Greater Manchester. The family arrived in August 2016 through the UNHCR’s resettlement programme and are being supported by Refugee Action.

“Living in the UK, there is finally nothing to fear now,” he says. “When we were told we would live here, I felt relieved. There is no police harassment, you have rights. The police are there to protect people not harass you.

“Everyone has been very welcoming, which we really appreciate it. Our neighbours are very friendly.”

Siraje is benefitting from ESOL (English for speakers of other languages) classed at a local college and is due to move on to Level 2. “I’m catching up on the English I missed. In Ethiopia, I had some English lessons which helped me to survive in Nairobi. When I arrived here, the little English I had helped me communicate, ask questions and start to make friends.

“I have lessons a college for a day a week. I’m looking for a job so it gives me time to do that. I feel lucky; I know the group of people who arrived before us had to wait a whole year.”

His wife is also having ESOL lessons at college and Refugee Action is providing a volunteer to help the couple practice conversational English at home.

Siraje says his children are doing really well and he is surprised how quickly they are learning to speak English. They are keen and happy – during the holidays they were asking to go back to school!

“Language is everything,” he adds. “I’m very lucky to have some English. I want to work and I want to learn. If I get the opportunity to go back to my studies, I’ll be very happy. But I want to work and study part time, whether it is maths or another field.

“I’ve always been interested in medicine, when I was young I wanted to be a doctor. So I think I would like to be a nurse, but any chance I have I will work to cover my expenses and fulfil my dreams. My dream is going back to university and graduate, finally putting that mortarboard on my head.”