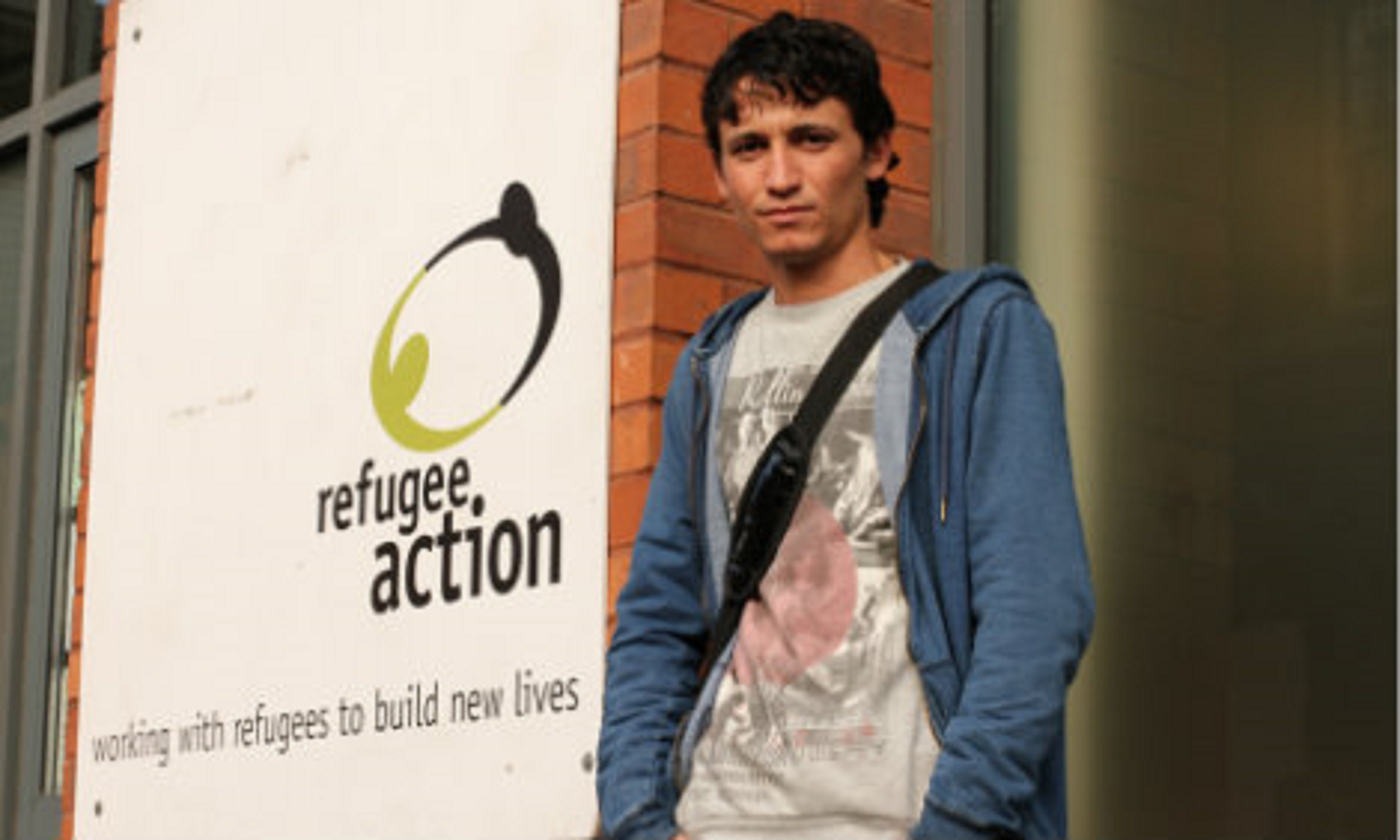 Syamend lived in Damascus, Syria, where he studied Arabic at a university. The civil war brought an end to all of that overnight. The whole country collapsed – including electricity and safe water supplies. The lives of ordinary Syrians continue to revolve around just two things – fear and hunger.

Syamend managed to flee Syria in early summer and crossed into Turkey. The refugee camp where he stayed was overcrowded, with more people coming every day. There were not enough tents and several families had to share each one. Everyone was desperate to leave.

“I left the camp with about twenty other people, including children as young as five, and we tried to get to Greece in an inflatable dinghy. The dinghy capsized not far from the coast of a Greek island, but luckily we were rescued by coast guards. Later, I found out that other Syrians I’d met, including whole families, drowned attempting to reach Greece via the same route.”

The Greek authorities made it very clear to everyone rescued that day that they could not stay in Greece. Syamend asked a distant relative to lend him money to come to the UK, and he arrived in London in August and claimed asylum.

In the UK, everything was happening too fast. Syamend was still haunted by memories of the devastation he had witnessed in Syria. Speaking very little English, it was hard to keep track of what was going on around him and what he was supposed to do. He moved house several times, then received a letter telling him that though his claim for asylum was accepted, he was being evicted and his support cut off.

Syamend didn’t know where to turn to seek help. An acquaintance offered him a bed in his flat, but Syamend barely knew him and couldn’t stay there much longer.

“All I had was a bag with a few possessions; no money or food. I started asking people I’d only recently made friends with to help me buy food and I promised I would pay them later. I couldn’t stop worrying.”

Syamend’s solicitor referred him to Refugee Action, where he told us his story, breaking down in tears as he recalled the darkest days of his journey to safety. An arabic-speaking caseworker, Fissaha, helped him understand what was happening and feel more at ease; he later helped Syamend set up an appointment at a JobCentre. A volunteer, Florence, immediately began contacting hostels to find a room for Syamend and helped him fill in forms to start getting support again.

Thanks to our destitution fund, which is entirely made up of donations from supporters, we were able to give Syamend some money to buy food for a few days. Although he now has a safe place to stay, Syamend is still desperately worried about his parents and siblings, who live in Aleppo.

“All I want is to be a normal human being with a job and to be reunited with my family.”