The death and destruction I witnessed in Syria from such a young age made me question whether I had a future. Coming to the UK has changed that. 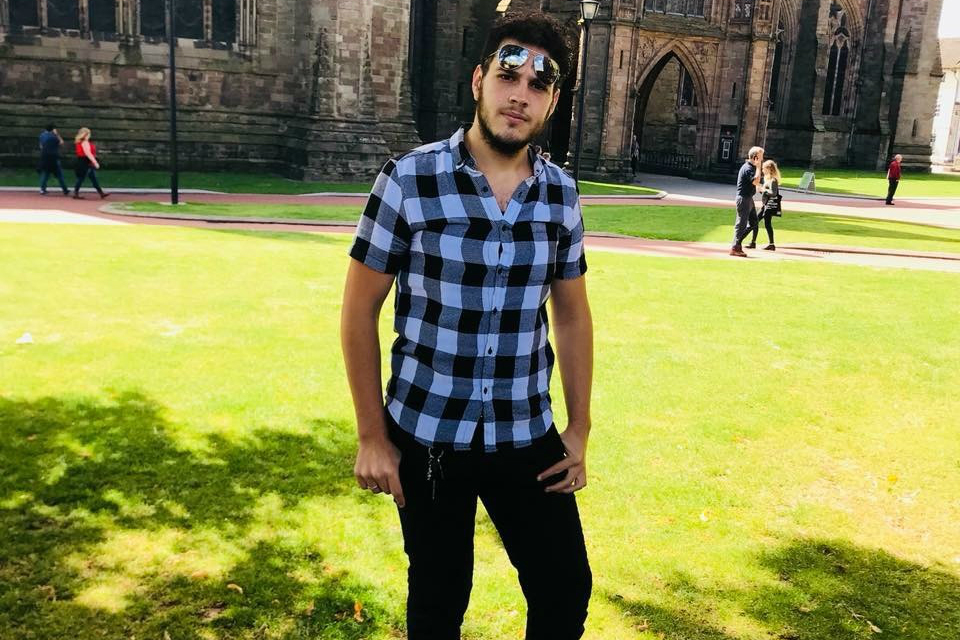 I was 13-years-old when war broke out in Syria. My family and I were forced to flee our home in the western city of Homs. We became displaced in our own country, moving from place to place to escape the fighting. My father was hit by a sniper’s bullet and almost died. I had to drop out of school and leave all my friends behind. I lived in constant disbelief and shock.

When I was 16, we managed to move to Egypt. By then, I had witnessed more war, death and destruction than most people my age. I couldn’t go back to education, so I began to work. It was difficult to imagine what the future would bring.

But now, after just over one year in the UK, I can once again see a future. My family and I moved to Hereford in April 2017 as part of the Syrian vulnerable persons resettlement scheme.

We are being supported by the UK government to rebuild our lives. We have a home; we have the chance to learn English and we have opportunities to work. Most importantly, we have regained a sense of safety and stability.

People have been so welcoming. Our friends and neighbours have been so supportive in encouraging us to speak English, integrate and get back on our feet.

There are people here from all over the world and all religions and it is great to be part of that diversity, where everyone can live freely and safely.

We would love to see more Syrians and other refugees brought here through resettlement programmes – people who just like us, are looking for opportunities to rebuild their lives away from war and violence.

For me, being able to once again study is crucial. I was not able to complete my high school education, but I am now working really hard at learning new skills, finding the right career path and learning English.

I want to integrate, I want to make friends, I want to develop. And I want to be able to give back through my talents, skills, and education.

I found work at a factory a few months after I arrived last year. At first, I was nervous because I didn’t have experience and my English was not good enough but I quickly learnt the job and became really good at it. My English began to improve, and I began to build relations. The job taught me how to deal with people at the workplace, how to communicate.

But I am determined to speak English like an English person. After ten months in the job, I felt that my English was still not strong enough because I was not attending formal English classes. But with my irregular shift pattern at work, attending weekly classes was difficult. So, I have now left the factory and I am looking for more regular work elsewhere.

I have also enrolled in English classes which will begin in September.

Learning the language is definitely key to life in the UK. Once I learn the language I think many new doors will open for me.

I have managed to accomplish a lot since I got here, but there is so much more I want to do.

But I feel that I am on the right path – thanks to your support and for giving me opportunities to thrive.

Refugee Action has provided support for Ala’a and his family in their first year of resettlement, in partnership with Herefordshire Council.