Translating Lives: What it’s like helping refugees to learn English 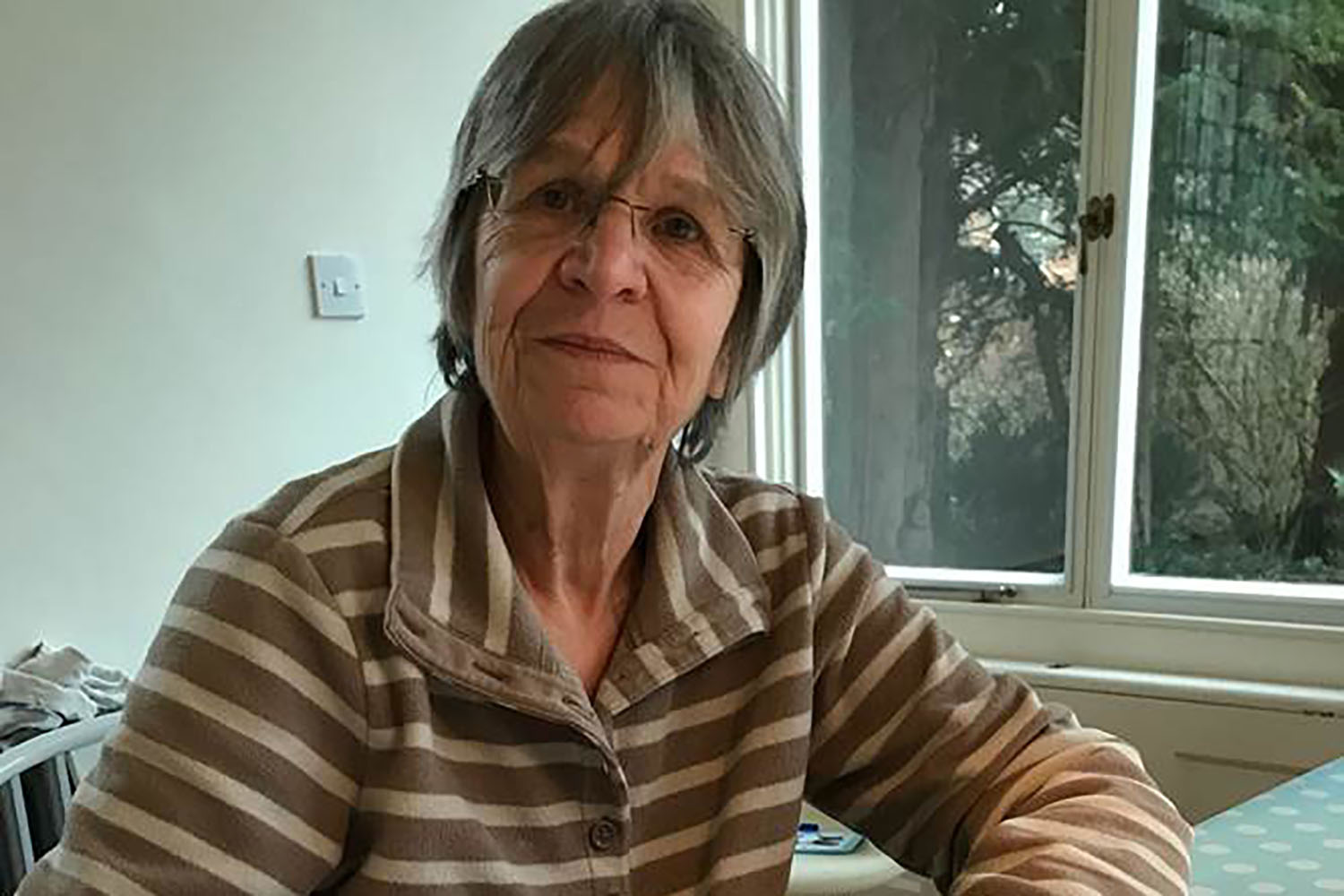 ‘Open your files’, Hilary remembers brightly beginning her first English-language class for Syrian refugee families in Cambridge, talking through an interpreter. ‘The whole group smiled, sat forward, and turned open the back cover of their files, ready to go’. Learning a language from absolute scratch can, it seems, be much more than simply a question of grammar and vocab. It is about learning how to translate your entire life, and learning how to operate in a different country and through a culture and set of rules that may often appear to work back-to-front.

Hilary’s colleagues joke that she has been teaching English to refugees coming to Britain ‘since the Huguenots’. That might be pushing it, but her decades of service testify to the fact that desperate people seeking refuge is far from a new phenomenon. Hilary’s first classes were for Ugandan-Asians arriving in Derby in the early 1970s. As a former French teacher who had just left work to have a baby, she volunteered to give some English-language classes, and has never looked back. Soon she was also teaching women coming from Punjab, and not long after she had moved to Cambridge, in 1979, she started classes for the first refugees to arrive from Vietnam, who came under the auspices of Save the Children.

A decade later it was refugees from Bosnia supported by the Red Cross. Some of the men arrived weighing only 6 stone and were sent straight to hospital. Almost all were undernourished, abused and traumatized. On learning that Hilary received a small salary, one of the men ‘stared at me with his wonderful blue eyes’, she recalls, and told her ‘I would rather the government just gave me the money so I could buy a gun and go back to protect my family’. His wife and children were still living under shelling in Mostar, but would eventually be reunited in Cambridge.

The Syrian families now settling in Cambridge are arriving under a government scheme to provide safe shelter for select families from refugee camps in Lebanon and Turkey, who are deemed to be particularly ‘vulnerable’. The first four families arrived in late 2015, and have since been joined by another five. It is a slow process, as arrivals depend on Cambridge City Council being able to provide suitable modest-rent accommodation within the city. New landlords are always desperately needed.

The government scheme includes funding for the adults to attend some English classes but none that are suitable for complete beginners exist in Cambridge. Instead the independent volunteer Cambridge Refugee Resettlement Campaign organizes, among many other things, specific classes with Hilary and two other volunteer teachers. The teachers work for free, and premises are provided by both the Quakers and a Catholic Church which donates use of its hall as well as money for refreshments, warm clothes and toys for the children.

Hilary always starts new classes by dividing her group down gender lines. She then asks the groups separately whether they are happy both to learn together, and to have a female teacher. So far the classes have always opted to be taught together with her – which is good because as yet there is only one male teacher, although several men volunteer as interpreters. Nevertheless Hilary is acutely aware of the significance of gender in her classes, and generally feels the men find the work particularly difficult. ‘The men are more conscious of making a fool of themselves, either in language classes or in public’, she says. Struggling to even write their name in front of their wives can be a further blow to self-esteem at a time when ‘everything has been taken away from them, not just their homes, jobs, friends and language, but also the status that came from earning a living and providing for their family – that’s all gone’. In some ways the Syrian women’s familiar roles continue, albeit in different circumstances. Few have worked outside the home, and in Britain they are busy ‘shopping, cooking and looking after the children – and this helps them to relate to ordinary life in a different country’ Hilary says. ‘Men are more cut off from their everyday experiences.’ Hilary therefore tries to maximize the value of her language classes by developing spin-off projects. The women are now swapping recipes and hope to publish an English-language Syrian recipe book. With the men, Hilary hopes to arrange for each to visit someone doing the job they used to do in Syria, such as tilers, tailors – two great jobs to help with pronunciation Hilary notes – builders or civil engineers. Not only will this give them a chance to see how transferable their skills may be, but it will also give them the opportunity to relate to a professional other than a teacher or social worker.

There is still some work to be done before such a project can be realized however. Classes are arranged via an interpreter so Hilary can learn a little about her students as she introduces herself. She needs to ascertain their previous level of education as study skills are a great advantage, and it is also good to know about their interests so she can pick up on this to support their learning. At the same time, she will never ask about their families or past life, because this might open up trauma or cause friction or embarrassment. It is a difficult balancing act requiring considerable empathy and respect on the part of both teacher and students. Mobile phones are a mixed blessing in such circumstances. Everyone has pictures to share that they can talk about, but recently one woman showed some film she had just received of her old house destroyed, with the bodies of several dead soldiers in front of it.

The first goal is to enable the class to be able to recognize, write, say and spell out loud their and their children’s names accurately. Then they move on to health vocabulary, using games and songs to help make it stick. Children of school age attend local schools supported by volunteers, but pre-school children come to the classes with their parents, where another volunteer will play with them in the same room. Hilary is always delighted when she is teaching and a toddler’s voice suddenly sings from under the table ‘head, shoulders, knees and toes’ or repeats ‘it’s two o’clock’, but she also recognizes that the children’s fast progress can be an added pressure on their parents.

The main challenges the adult students face however, are all practical ones. Personal and family health is one key issue, as many arrive unwell. They also have other appointments to keep. Few want to argue about the time they have to sign on at the job centre, and they may not have the language yet to explain a timing clash. But Hilary has yet to have a student drop out, and some travel with toddlers an hour each way on buses to attend.

Over time fantastic results come from such dedication. Last month one mother proudly told Hilary she had made a doctor’s appointment for her son, and taken him alone without needing an interpreter. Another is building up his language by watching football on TV. Already a Manchester United fan in Syria, he has discovered that football really does transcend borders – played by talented people like the Swedish-Bosnian-Croatian Zlatan Ibrahimović, and enjoyed by Britons of all backgrounds.

Of course, it takes time. Last week one man told the class how his attempt to buy dates at Asda led to him being told it was the 3rd February, but his ability to puzzle it out already shows how much he has learned. Hilary tells me that what her students most want to learn, once they have the essentials, is how to make small talk. ‘They want to know what to say over the garden fence, or when somebody comes to their house’, she says. ‘How to say “come in, would you like a cup of tea?”’ and also how to know when to leave a social event – how to read the signals embedded in unspoken language. Part of the problems is that Cambridge people often don’t talk to them after saying hello – not necessarily from prejudice but rather from embarrassment in advance that they won’t be understood.

‘On the whole’, Hilary believes, whatever people’s political views, most ‘do think it is important for refugees coming here to learn English’. What is needed is firstly more properly funded classes, at times that work for the refugees and with some degree of childcare, but also more community engagement. Refugees, like anyone else, want to make friends, they want to invite their neighbours round or take their kids to football matches with their schoolmates; they just need opportunities to engage.

‘I think I’ve been so lucky’, Hilary says, looking back over her career and later voluntary work. Not only does she feel she has learnt huge amounts about diverse cultures and universal human nature, but she’s had such heart-warming experiences along the way. ‘When my son went to school,’ she laughs, ‘they asked him what his mum did for a living. “Oh”, he replied, “she eats samosas and drinks tea”’. Today Hilary still gets invited round to her former students’ homes, sometimes to the weddings of the younger generation, and out to celebrate New Year at different festivals at least five times throughout the year. The lesson is that once people from different countries can communicate, they can bring so much to each other. ‘It has been such a privilege – being invited into people’s homes at such an important stage in their lives’ Hilary says with a smile. ‘They remember me and I never forget them – it’s wonderful.’