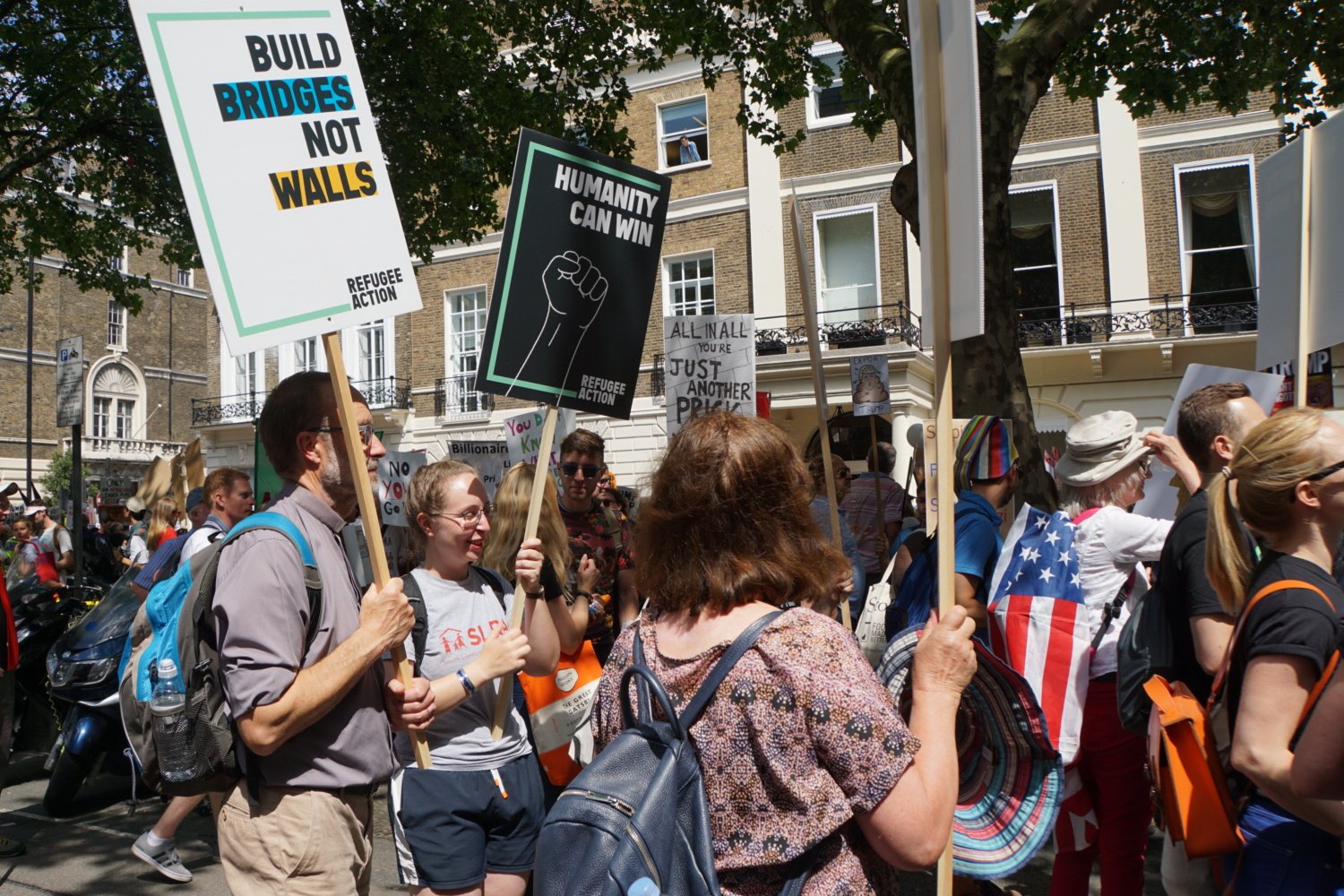 Three in five voters say all refugees who come to the UK to seek safety should be treated the same, regardless of how they arrived in the UK.

Results from MRP polling of more than 8,000 adults, carried out by pollster focaldata on behalf of Refugee Action, revealed the same proportion of voters in Prime Minister Boris Johnson’s constituency of Uxbridge also agreed.

The MRP polling estimates just 17 per cent of people think refugees should be treated differently depending on how they arrived in the UK.

The results suggest most voters disagree with Government plans to create a second-class refugee status for the many people who arrive to the UK independently, such as refugees who cross the Channel in boats.

The polling has been published as the Government’s Anti-Refugee Bill is forecast to return to the Commons for its Third Reading in the coming weeks.

Under Clause 11, this “Group 2” status will mean people are only given temporary protection and will live their lives in the UK under the constant threat of removal. It will also restrict people’s rights to family reunion.

The Convention and Protocol on the Status of Refugees, which was brought into UK law by Winston Churchill in 1954, said that refugees should not be penalised due to how they enter a country to seek asylum.

Despite Government determination to press ahead with the plans, voters are against the idea that refugees should be treated differently depending on how they arrived, including people living in so-called “Blue Wall” constituencies.

“Blue Wall” seats have a Conservative MP, voted remain in the EU membership referendum and have a higher proportion of university graduates, the polling showed 62 per cent of voters agreed that refugees should be treated the same, regardless of how they arrived.

In Chesham and Amersham, a former Blue Wall seat that swung heavily to the Liberal Democrats in a by-election in June this year, 63 per cent of voters think refugees should be treated the same, regardless of how they arrived.

All punishment no protection

The polling has been published alongside a new 33-page Refugee Action report – All punishment no protection – which is based on six focus-group discussions with 28 people who have lived experience of the asylum system or being a refugee.

Refugee Action ran focus groups with refugees to gather thoughts and perspectives on the Nationality and Borders Bill, especially rules that would mean criminalisation of refugees, offshoring people who claim asylum, and warehousing of people in “accommodation centres”, and what they thought a more effective asylum system should look like.

People were also asked their thoughts on Clause 11, the rule that would treat refugees differently – such as giving them fewer rights and only temporary protection – depending on how they arrived in the UK.

“I think it is an attempt to create [a] first and-second class level of refugee. That would be sad, as in the present system refugees have all the rights and benefits of everyone else, but…the refugees are still looking like second-class people.

“If you create an even lower class, what class would that be anyway? I don’t know, I don’t want to hear about that. When I hear about it, I get upset.”

“They [refugees] will not have anything. What about their kids? How will they enter university and there are so many requirements, they will check and see they have temporary status and get nothing.”

Refugee Action ran the focus groups after people with lived experience of the asylum system were side-lined by the Government during its Britain Thinks-led consultation into the New Plan for Immigration – the precursor to the Anti-Refugee Bill – in March this year.

The Bill aims to introduce sweeping changes to the UK asylum system but there have been limited opportunities to scrutinise the legislation and no meaningful consultation with people who have lived experience of the UK’s asylum system.

The Government’s consultation on these changes, dismissed as ‘a sham’ by over 200 organisations and almost 15,000 members of the public, did not ask about people’s lived experience.

Furthermore, the process ignored key recommendations made in Wendy William’s Windrush Review, which said the Home Office “should take steps to understand the groups and communities that its policies affect through improved engagement, social research, and by involving service users in designing its services”.

Jason, from Trinidad and Tobago, has been in the asylum system for seven years, said:

“The Home Office is not interested in speaking to us, it just wants to impose its decisions without understanding the human pain this Nationality and Borders Bill will bring to people seeking asylum.

“They cannot find a solution to help people seeking asylum without speaking to us. They do not bring the liberation we need.”

“Most voters reject the Home Secretary’s cruel and unlawful plans to punish refugees who have no other option than to make their own way to seek safety on our shores.

“This Bill is a monumental failure because Ministers ignored the lessons of Windrush and failed to properly engage with the people who will be most affected by these callous plans.

“If passed, these new laws will do nothing to fix an asylum system brought to its knees by Government incompetence. They will only make people’s journeys more difficult and their lives more miserable, and waste more public money.

“We need a radical rethink of how we treat people fleeing war and persecution. That starts with scrapping the cruel and unworkable anti-refugee Bill, listening to people with lived experience, and creating a refugee protection system that’s just and compassionate.”