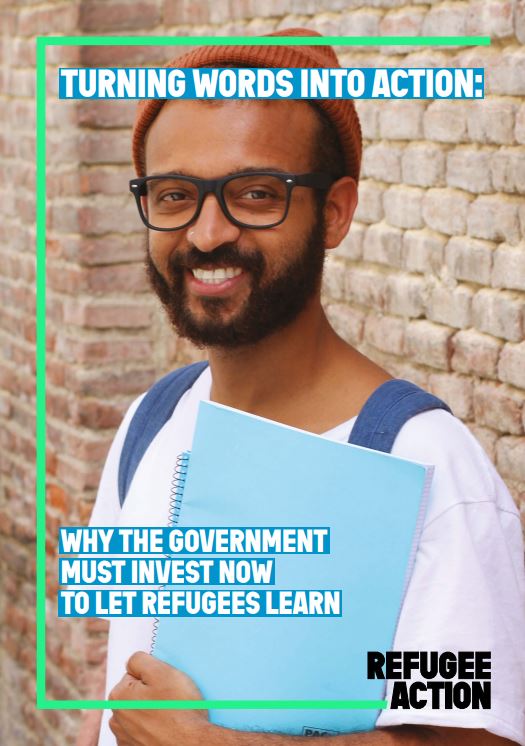 Our report: Turning Words into Action

The Government does recognise the importance of learning English to refugees, but the resources made available are in stark contrast to ministers’ stated ambition that “everyone living in England should be able to speak and understand English.”

This report presents the results of a survey of 128 refugees across England. Almost two thirds of respondents told us that they did not think they had received enough ESOL teaching hours. More than three quarters of parents requiring childcare told us that lack of childcare had been a barrier to their ability to attend English lessons.

Two out of every three respondents told us that they are not confident that their current level of English makes them ready to work in the UK.