A look inside the Dover immigration removal centre 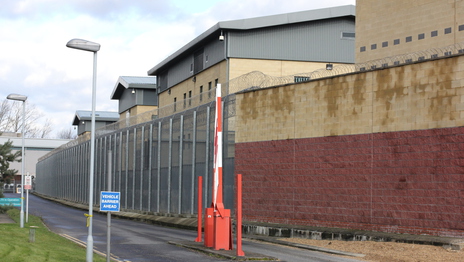 Most people will never see inside a immigration detention centre. As part of the Detention Forum’s Unlocking Detention campaign, here’s an eye-opening account of a visit to Dover Immigration Removal Centre.

Alison Griffin is a senior manager at Refugee Action.  As part of the Detention Forum’s Unlocking Detention campaign, here’s her account of a visit to Dover Immigration Removal Centre.

It was the start of 2014. A new year. Perhaps a time of reflection, to take stock of life, or plan what direction you could take in the next twelve months.

Not much chance of that for the people I’m meeting today, I thought.  I was about to visit Dover immigration removal centre, decommissioned as a prison for UK citizens in 2002 and now an indefinite “home” to men with an “irregular” immigration status.  That includes people in the asylum system, whose only “crime” is to seek safety from persecution or conflict in the UK.

When I visited Dover IRC, our detention team were able to offer advice to detainees on their limited number of future options.  That’s not the case now.  In April, the Home Office stopped immigration detainees from being eligible for Refugee Action’s Choices service. But back in January, I was able to accompany two of our advice workers on their weekly visit, giving me a direct look at this hidden world.

The detention centre is high on a hill outside Dover.  As we approach, the fog is so thick we can’t even see the town.  Nor can we see the sea, stretching out towards the rest of Europe.  What we can see is an enormous barbed wire security fence.  Getting into a detention centre is no easy task.

Once through security, two advice workers and I set up an information stall in one of the communal areas.  We cover it in a patterned cloth to show we’re welcoming and here to help.  This makes the contrast with the bare walls even starker.  Looking at the thirty or so detainees around us, I could have imagined I was on the set of Porridge, the 1970s BBC sitcom.  Many detainees are wearing standard issue tracksuits – a result of being detained off the street, with no chance to collect their belongings.

A young man comes over, begging us to help him get out. He’s been detained for 176 days.  “It’s worse than prison, because at least in prison you know your sentence,” he says. His first asylum claim was refused, but he’s gathered fresh evidence and wants to contact a lawyer.  While our colleague negotiates access to the centre’s fax machine, he confides that he’s thought about killing himself.  Sending a fax to a legal team seems to give him some hope.

Tens of others come to see us. People with complex needs  that need individual care. People fleeing insecurity, war and persecution. People who should be treated with the dignity that human beings deserve.

I left feeling glad that we were able to give some advice to detainees.  But just four months later, our detention team were pulled out of Dover IRC for good. Now it’s more important than ever that we lobby for an asylum system that’s just, fair and treats vulnerable people with respect.  After all, the only crime I can see is the crime of being desperate to live in a safe country and secure a better future.