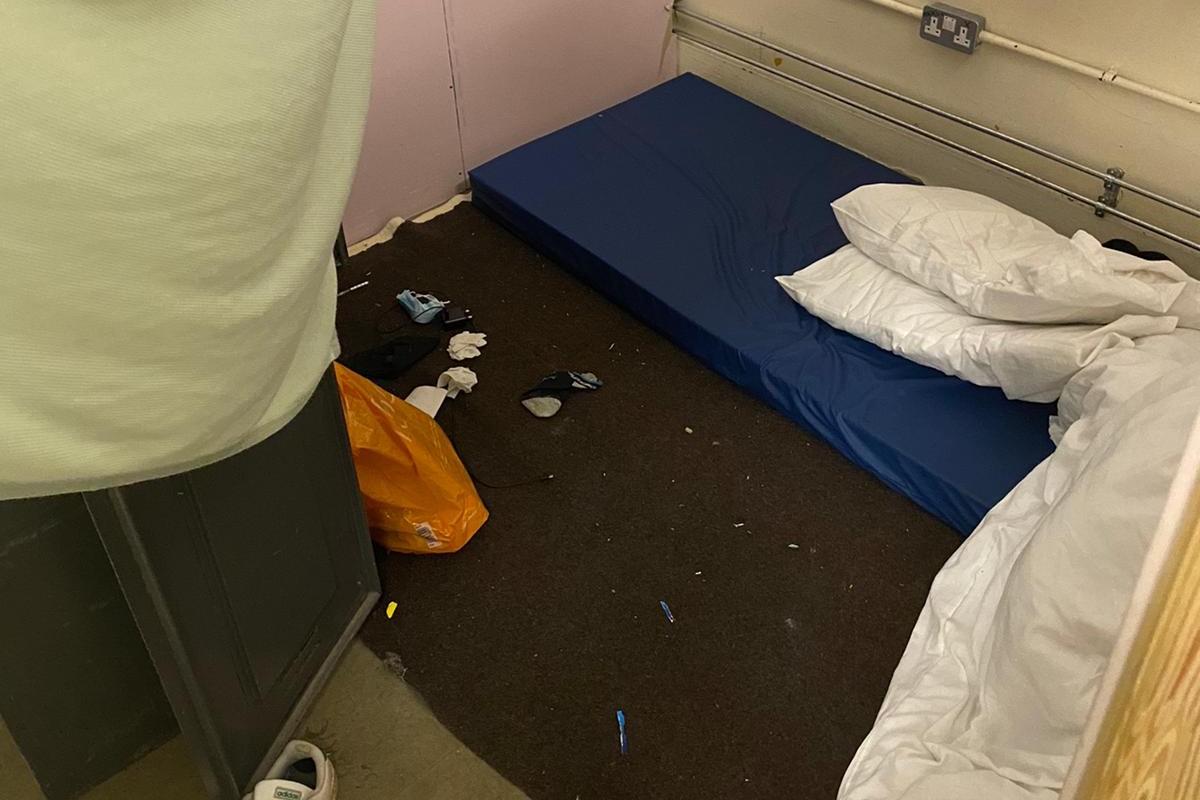 Hundreds of people seeking safety are being forced to live in squalid and unsafe former military barracks in Penally and Folkestone.

Refugee Action, alongside 60 other organisations, are calling for the barracks to be closed urgently, so vulnerable people are not left in these conditions over Christmas and beyond.

We have spoken with residents who are living or who have lived in the institutional style accommodation centres and organisations and volunteers working tirelessly supporting them.

Appalling conditions inside the barracks combined with a lack of access to information, such as how long people are expected to remain there, are having a devastating impact on the mental health of people who have already experienced extreme trauma.

This is being compounded by a critically inadequate level of health care.

Organisations who support people seeking asylum have been unable to enter the barracks unless they sign non-disclosure agreements backed up by the Official Secrets Act.

Evidence from people who have actually experienced the barracks disproves claims made by Home Office Minister Chris Philp in Parliament on Wednesday this week. Philp said Penally had been set up in a “thoughtful and careful way”, and accommodation provided is of “good quality”.

Alex, who is in his 20s, has been in the barracks in Penally for more than two months. He said he has “lost hope in life” and is “depressed and anxious about his future”, especially not knowing how long he will be there.

“People are so psychologically burdened,” he said. “This is more than they can handle. There is no psychological support for people who are losing their minds and suffering from anxiety and depression.”

Maddie Harris, Director and Founder of Humans for Rights Network, which supports people in the barracks, said: “Self-harm and attempted suicide are occurring in the barracks, and we have been told that this is making people feel unsafe.

“Individuals how have experienced great trauma; it has been expressed to us on numerous occasions that the environment in the barracks makes people feel unsafe and is triggering memories of these traumatic experiences.”

We are campaigning to see the barracks closed, and the immediate release of everyone from the barracks into accommodation where they do not have to fear for their health or their safety. You can add your voice to this campaign by emailing your MP today.

“Forcing traumatised people to live in squalid conditions behind barbed wire and high fences is not thoughtful, careful or good quality. It’s inhuman.

“Our evidence is compelling and shows without doubt that these barracks are causing untold misery and must be shut down immediately.

“The Government must start acting with compassion. It should revert to housing people in safe and clean homes in our communities while they wait for a decision on their asylum claim.”