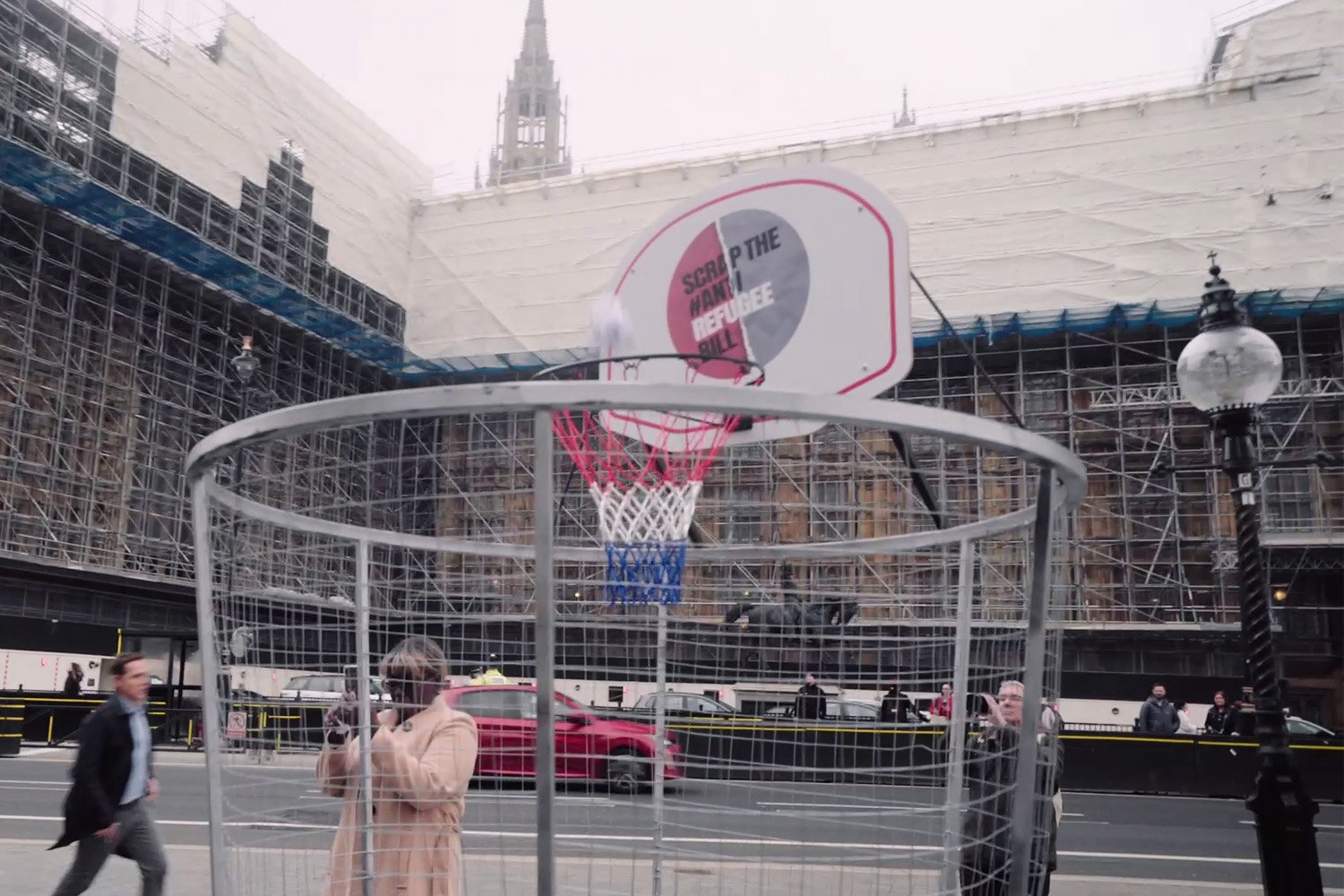 Some of the UK’s biggest charities have said they will ramp up their fight against the Government’s unfair refugee policies.

More than 235 names from across civil society, including humanitarian organisations such as Oxfam and Save the Children, homelessness charities including Crisis, and anti-racism organisations such as Runnymede Trust, have joined migrant charities to pledge to challenge hostile new anti-refugee laws and demand a protection system that treats people with dignity and compassion instead of criminalisation and hostility.

The anti-refugee Nationality and Borders Bill will become law after the Parliamentary process was completed in both houses on Wednesday 27 April, a blow to the right to seek safety from war and persecution that will make it far harder to claim asylum in the UK.

The passage followed a two-month showdown between the Commons and the Lords as the Upper Chamber and supportive MPs attempted to remove many of the harshest parts of the Bill and sought guarantees to ensure it complied with international law.

The new Act legalises offshore processing and the creation of warehouse-style reception centres on UK soil, rips up internationally recognised rights for people fleeing war and persecution, and will criminalise thousands of refugees.

The new laws will be costly to implement and ineffective – creating ever-longer backlogs and delays in the asylum process that will leave people facing homelessness and destitution, and living in limbo for longer.

Rather than breaking the business model of people smugglers, the new Act will leave people vulnerable to exploitation and reliant upon criminal gangs in order to reach safety.

Missing from the legislation was any attempt by the Government to introduce new routes for people fleeing war and persecution to claim asylum in the UK, such as a long-term and ambitious commitment to refugee resettlement or expanded family reunion schemes.

Organisations say the lack of such safe routes is what drives people to risk their lives to cross the dangerous Channel in flimsy boats.

The organisations say they will fight back against the anti-refugee laws by building a movement to stand up for people seeking protection in the UK.

It says people seeking protection from war and persecution should be welcomed and that everyone’s claim for asylum should be treated equally and fairly, and that the UK must offer sanctuary to those who need it.

Organisations have pledged to:

“These extreme and vicious new laws give Ministers the green light to treat refugees with ever-more hostility.

“We must stand alongside people fleeing war and persecution and continue to fight tooth and nail all attempts to bully the families and individuals who simply want to live their lives in safety.”

“Communities across the UK stand opposed to these deeply damaging new laws, and have pledged to continue to fight against their implementation.

“We stand with refugees, people seeking asylum and all those who support them, to work towards a vision of Britain as a place of welcome where everyone is treated fairly, and has the opportunity to rebuild their lives in safety and in dignity.”

“This heinous bill is a devastating blow for families fleeing conflict and persecution.

“At a time when so many people around the world are being forced from their homes, the UK should be protecting, not punishing refugees, and ensuring safe and legal routes for people to seek safety.”

“Everyone should have a safe place to live, no matter where they’re from and everyone should be able to access a safe home when they need it.

“Yet this policy could force people who are seeking sanctuary into homelessness by denying housing support. The government must do more to make sure help is available for people who come to the UK seeking a safe home, regardless of where they’re from.”