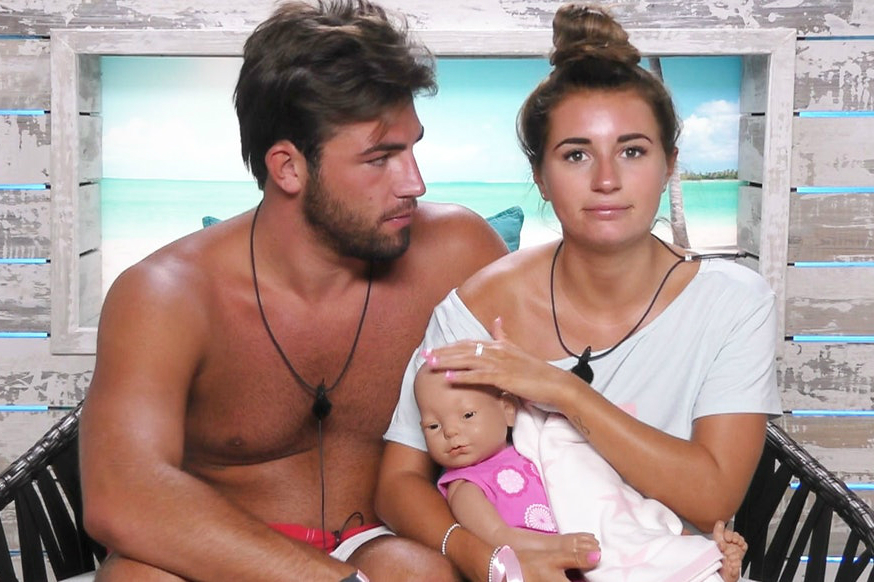 After recently confessing I avidly watch Love Island, I’ve had to spend a lot of time explaining why. It does indeed feel like the guiltiest of pleasures. As someone who loudly identifies as a feminist, my friends and family are shocked, some even dismayed. My impassioned speech in response goes as follows.

First, the show provides this pregnant mum of a toddler with a way to enjoy a thriving social life vicariously. Remember that adrenaline rush when catching up with your mates after a night out and gossiping about who did what? That’s the feeling Love Island is built around, and it’s pure entertainment.

Second, Love Island enables me to keep up the delusion that I can keep my finger on some kind of pulse as I desperately cling to the last vestiges of youth. I delight in now being able to understand the sentence “I’m not being prangy, but she is a peng sort so of course I’m worried about being mugged off”.

Third, it’s fascinating to see the public’s response to developments in the villa. Checking Twitter during the ad breaks is almost as much fun as the show itself. Throughout these past eight weeks it has been heartening to see that – in the face of scorn thrown at the show (some of which is fair, especially with respect to the lack of diversity) – the public value compassion and kindness. Look at how we reviled Adam for his treatment of women, cheered Original Laura as she comforted the woman she was dumped for and called out the producers for cutting out crucial scenes featuring Samira, the show’s first black woman.

But the best thing about Love Island is the “love” part. Some couples genuinely fall in love (for all you cynics out there please note that several ex-contestants have gone on to marry and have children). At a time of deep political turmoil across the world, when the very foundations of liberal values are in question, escaping to watch islanders fall for each other is like sinking into a warm, comforting bath. And, of course, the blossoming relationship between Danny Dyer’s daughter Dani (yes, you read that right, Danny Dyer’s daughter is called Dani) and pen salesman Jack has been the absolute highlight of this series. You can almost hear the audience applaud each step they take in their relationship, from going “official” and saying those three magic words to surviving their first proper couple’s fight and talking about their future.

In particular, viewers were in uproar when the two were forcibly parted for a week as Jack was sent to another villa with a group of different women. Ofcom even received over 2,500 complaints from the public outraged at how Dani had been encouraged by the producers to think that Jack might stray, whilst the rest of us saw him forlornly dragging his duvet outside like a lost puppy so that he didn’t have to share a bed with another woman.

What the hell does this have to do with refugees I hear you scream? Just like the Great British Bake Off, these moments where good old fashioned live TV becomes a talking point act as windows into who we are as a country. Love Island makes clear that we value the joy of finding a connection with someone. Connections that are the foundation of long-lasting partnerships and, in many cases, the building of a family. Yet, our current immigration policies seem to place little to no value on such relationships. Since 2012, the Government has torn apart or exiled at least 15,000 married couples as a result of policies that place a price tag on love. You cannot sponsor your husband or wife to join you in the UK unless you earn at least £18,600 per year and, even if you do, for a single application you are likely to pay between £1,000 and £2,000 just to apply.

To make matters worse, a scandalously high number of applications are incorrectly turned town, with over 40% of appeals overturning Home Office decisions – appeals that can take a year to be heard whilst families are cruelly separated. Furthermore, refugee reunion rules essentially orphan children who have fled war and persecution. Refugee children can’t sponsor even their closest family to live with them in the UK, and elderly parents and children who are 18 or over can’t join their families here.

This has to change. That’s why we support the Bring Them Home and Families Together campaigns. It’s time our Home Secretary stopped mugging us off and delivered immigration policies that make our UK an island of love. A true #LoveIsland.